The $6-million bike lane project was approved by Vancouver City Council amidst heavy opposition by local residents and commuters over the reduction of their mobility into the neighbourhood.

Construction will include the removal of the existing traffic medians, the installation of new traffic signals and utilities, as well as new curbs and roads on the east side of Burrard and north side of Cornwall.

However, this will not be accomplished without significant delays to road traffic. At times, lane capacity on Burrard Bridge will be reduced to just one lane per direction. Commuters are advised to continue onto West 4th Avenue or Broadway and use the Granville Street Bridge instead.

Construction at the intersection of Burrard & Cornwall at the southern end of the bridge is scheduled to be complete in spring 2014, while the overall completion of the Point Grey-Cornwall bike lanes is not slated until late-2017. 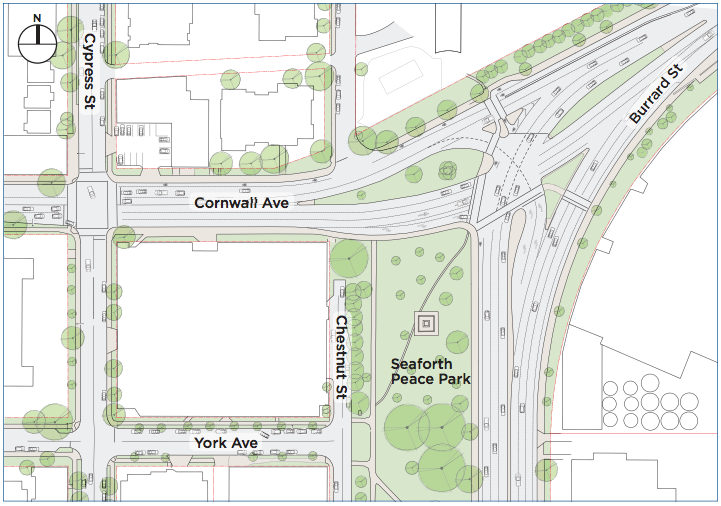 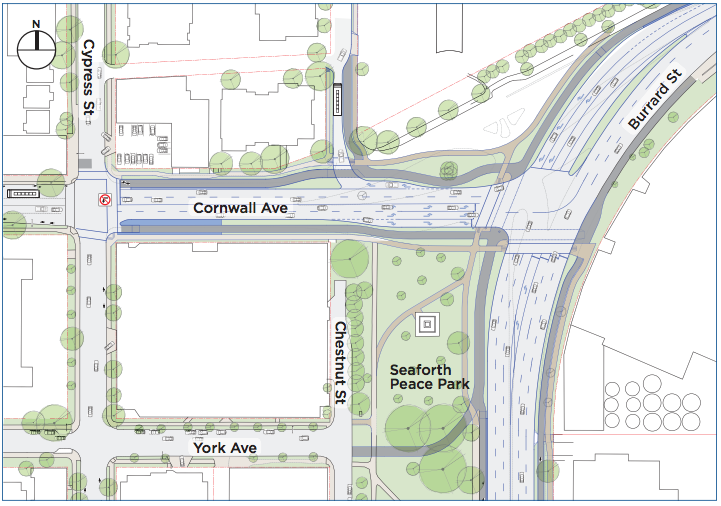