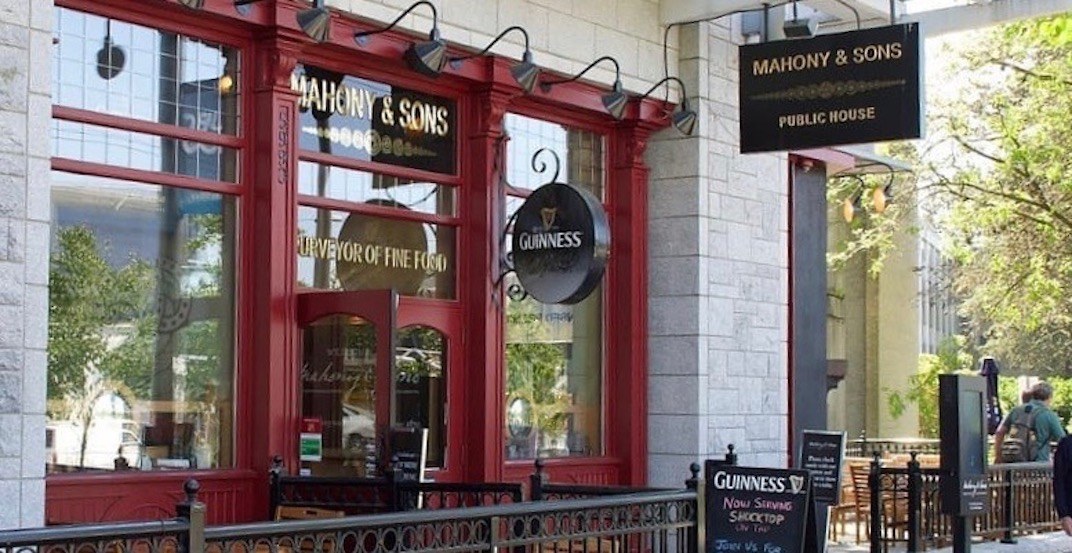 Mini-chain of modern Irish pubs Mahony & Sons has shut down one of its long-time locations after 14 years of operation.

The group of restaurants made the announcement yesterday on August 1, the same day the 5990 University Boulevard officially closed its doors.

Mahony released a message of thanks to all its UBC patrons over the years, saying “The Mahony family thanks you all for your support and the great times we have shared.”

This closure comes shortly after the brand announced a partnership with celebrity chef Vikram Vij.

“The celebrity chef gastropub trend started in the UK, with chefs Jamie Oliver and Gordon Ramsay, and is gaining popularity in North America,” read the July 23 release.

It was also announced that Chef Vikram would be hosting a series of charity events at Mahony Stamps Landing over the next year.