The U.S. Geological Survey says it has detected a magnitude 5.2 undersea earthquake northwest of Vancouver Island.

The earthquake occurred at 2:15 a.m. Friday morning and had an epicentre 200 kilometres southwest of Bella Bella with a shallow depth of only 10 kilometres.

No damage can be expected given the location and magnitude. However, it is just kilometres away from the swarm of seven magnitude 4.0 to 5.1 earthquakes that hit the area from December 20 to 22. This is the most significant and measurable earthquake to hit B.C. since the last of the pre-Christmas swarm.

All of these earthquakes were within the small northern area between Haida Gwaii and Vancouver Island – where the Juan de Fuca plate is pushed underneath the North American Plate by the Pacific Plate.

Thousands of earthquakes hit B.C. each year, but only a small fraction of the events measure a magnitude of 3 or greater. 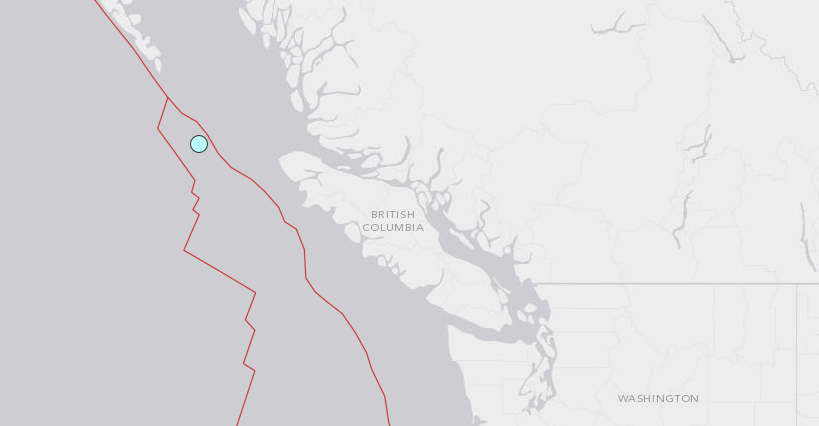