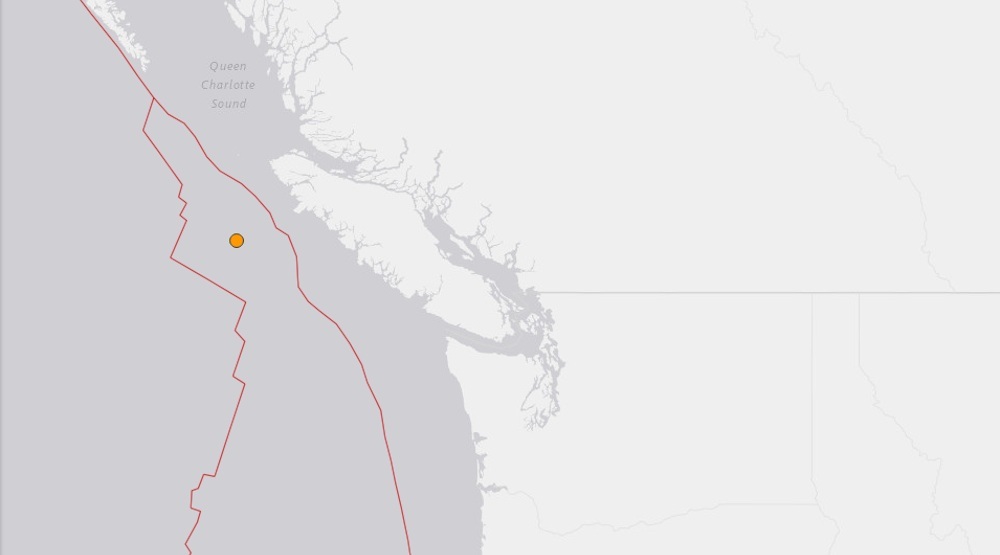 The US Geological Survey says it detected a magnitude 4.9 earthquake off the west coast of Vancouver Island earlier this morning.

At 4:28 am, the seismic event had an epicentre 158 km southwest of Port Hardy, on the Explorer Plate, and shallow depth of 10 km. No damage can be expected given the location and modest magnitude of the tremor.

This is the fourth earthquake with a magnitude of 4.0 and over within the past week, including earthquakes that hit one hour apart Wednesday night in Seattle and off the BC coast.

Additionally, every 14 months, the subduction zone under the Pacific Northwest enters a heightened phase that adds stress to where the Juan de Fuca and North American plates are locked together.