Yet another earthquake has been detected just north of Vancouver Island, the seventh of a swarm of seismic events that began Saturday afternoon.

According to the U.S. Geological Survey, the undersea earthquake occurred at 1:01 p.m. on Monday and had an epicentre about 185 kilometres southwest of Bella Bella – near the fault lines of where the Juan de Fuca plate begins to meet the North American tectonic plate.

It had a deep depth of 20.6 kilometres and was just kilometres away from the epicentres of the six other earthquakes that hit the region over the last two days.

Here is a list of the earthquakes that occurred in the area since Saturday:

The earthquakes that followed the first event on Saturday afternoon are believed to be aftershocks.

No damage was made by any of the events as they were a distance away from population centres. 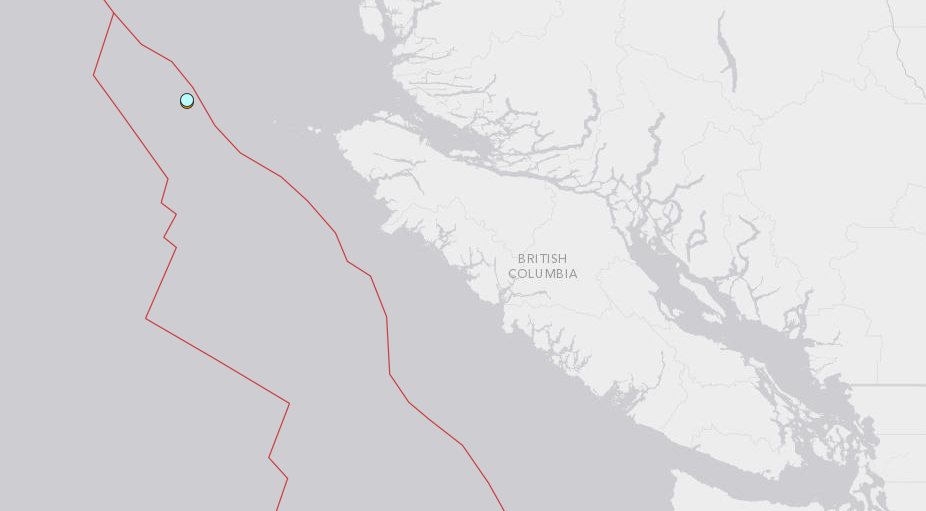