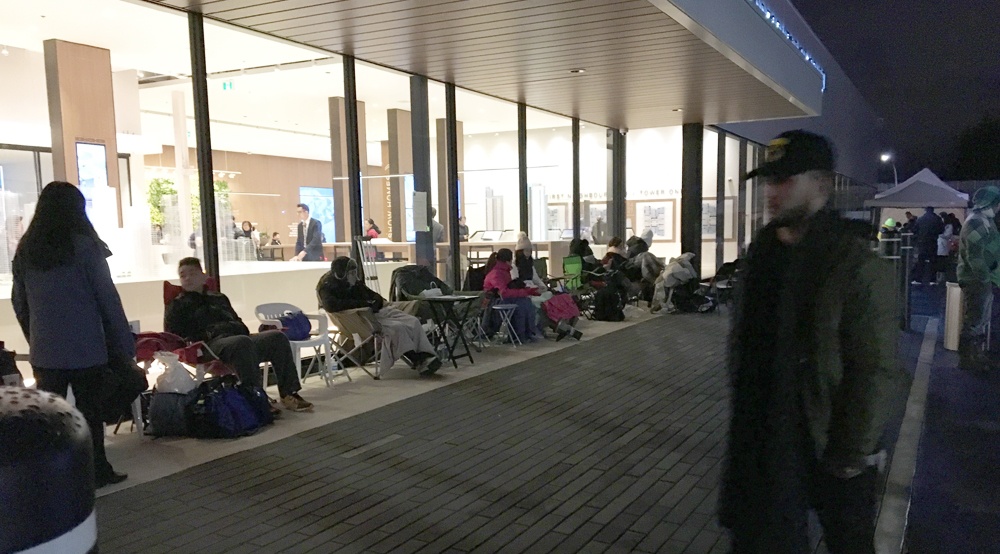 If you don’t know where Venezuela lies in South America, it’s located on the northern coast of South America and very close to Central America and the Caribbean. The country is known for its recently deceased and long time leader Hugo Chávez. Its cuisine is definitely influenced by its geographical position. Go to Magda’s Restaurant in southeast Vancouver for a sampling of Venezuela. The food is authentic and proudly prepared by its owner and chef, Magda Molero. 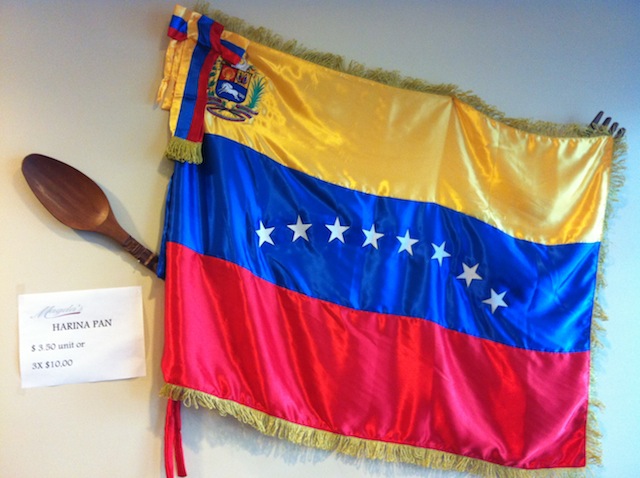 The restaurant was opened in August 2012. Magda was born and raised in Venezuela and is a recent immigrant to Canada. Her family and friends encouraged her to open a restaurant given there were no Vancouver restaurants serving Venezuelan food and she loves to cook. Magda’s is simply decorated with colourful Venezuelan art and a warm and welcoming atmosphere. Very casual diner, in a homey atmosphere to enjoy a great meal.

Her food is described as typical Venezuelan street food and served with their three traditional sauces; hot sauce, garlic sauce and vegetarian sauce. The Venezuelan, Colombian and other Latin America supplies are sourced from Toronto and California. Many of the dishes use corn flower with seasonings and ingredients influenced by European immigrants that populated South America over the last hundreds of years.

This is the only Venezuelan restaurant in Vancouver. The food is definitely unique, but similar in some ways to traditional Mexican styles and even Caribbean food. Not spicy in any way and the seasonings are very light. The menu is very extensive so you can indulge in Venezuelan appetizers, entrées and desserts. Plus, they serve other ethnic dishes for those looking for other options.

Ordered a Chichi drink, a Venezuelan drink that is rice based with some cinnamon and looks like a Mexican Horchata drink. What sets it apart from any other drink is it is incredibly thick – not easy to drink. Taste is cinnamon, but even with ice it is hard to suck using the straw. White drink on the right. 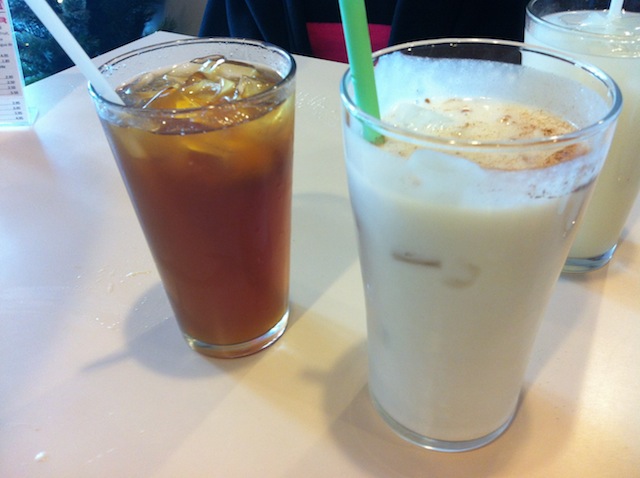 The appetizers were delicious! The Tequeños are fried white cheese sticks wrapped in wheat flour dough. Certainly the cheese comes through very quickly and the crispy outside provides a different texture. Indulging in fried food with cheese is easy to do. 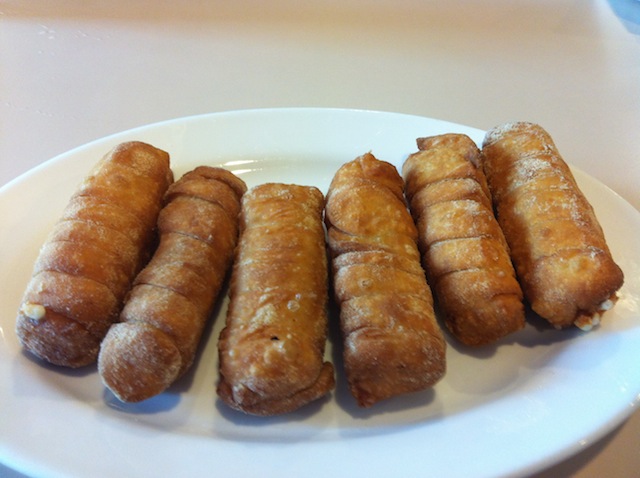 Another traditional appetizer is Cachapa con Cueso. Best described as a sweet pancake with a commanding corn muffin flavour. We loved this corn-based dish and it left a feeling of wanting more. 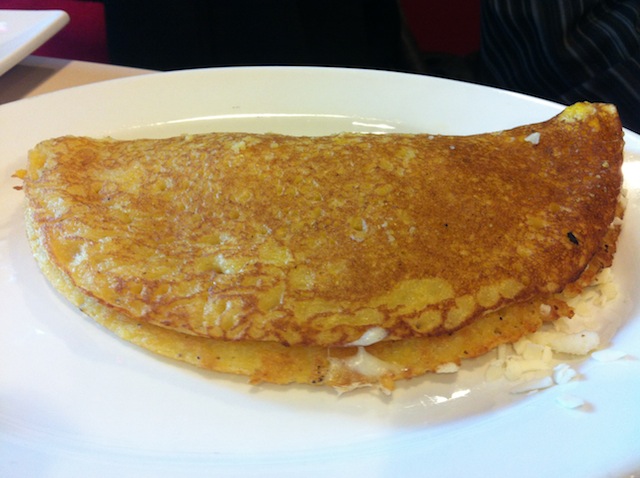 The entrées were next. There were mixed results.

The national dish of Venezuela is considered to be Pabellón. There are two Pabellón dishes on the menu recommended by the owner. Pabellón is shredded beef that is seasoned with cooked onions and peppers. On the plate you will find rice, stewed black beans, cheese and sweet plantains (ripe). The plantains are the Caribbean influence.

This was a tasty entrée with everything combining well and a healthy portion size. Again, nothing spicy and the flavours could accommodate any diner. This is a picture of the Pabellón Criollo dish. 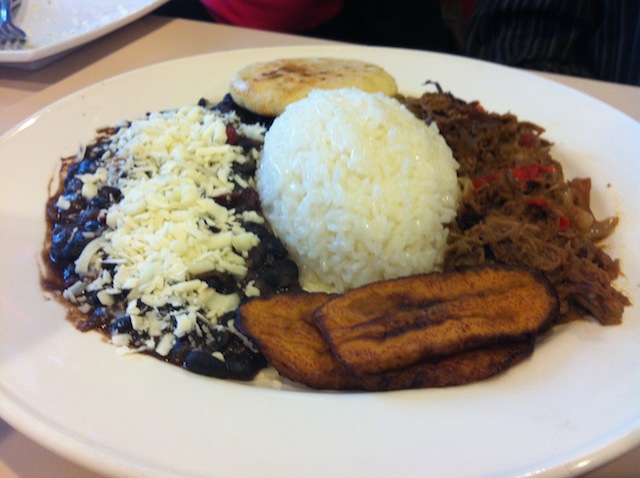 The other dish was Pabellón a Baranda. The only difference is the fried egg sunny side up. The egg runs into the rice and can really enhance the tastes. Loved the different sides and the beef was cooked to be tasty and juicy. Many Asian cultures place fried eggs on their dishes. 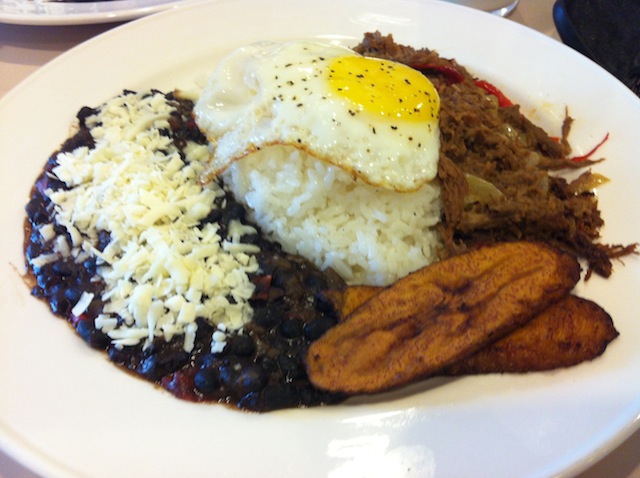 Next up the Bandeja Paisa comprised of thinly cut steak with chicharron (fried pork rind), fried red beans, fried plantain (greener than ripe), fried egg sunny side up, avocado and arepa (corn cake made from a special precooked corn flour). Everything was tasty except for the steak. Too well done to retain any flavour. The sides to the steak were delicious. Arepas are another example of corn-based yummy food common to Venezuela and Colombia. 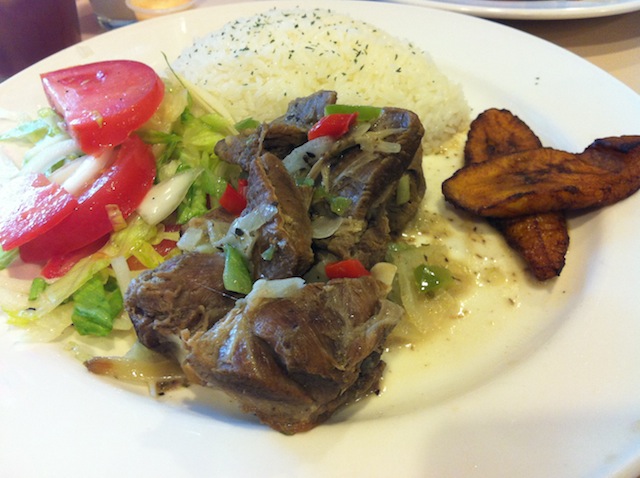 The last entrée was Chivo en Coco. Lamb in coconut sauce served with rice and sweet plantain. The lamb was dry with little coconut flavouring. Not a hit. 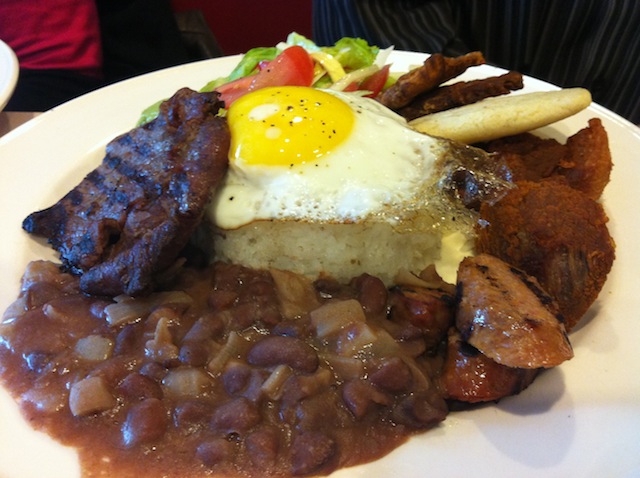 Overall, we found the meals to be very filling almost like good comfort food. Starchy with nothing strongly spiced. The stewed black beans were as good as anything eaten in other restaurants and lots of sweet plantain to offer a sweeter taste to the more savoury sides. Rice was prepared perfectly. The Pabellón dishes are worthy of being a regular meal.

Eating the native desserts can be a priority despite the fullness of the meals. The traditional Venezuelan dessert is Quesillo. It is made with eggs, condensed milk and caramel. Thicker to a crème caramel, but similar in taste. Will order this again. 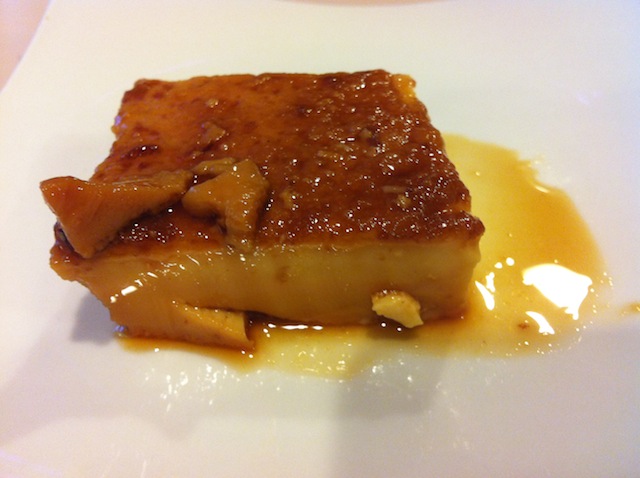 We saved the best for last in trying their Tres Leches dessert. This would not be considered only a Venezuelan dessert, as it is popular in many Latin American countries. It is a sponge cake soaked in three kinds of milk. It was very light and not soggy, so a great representation of this dessert. 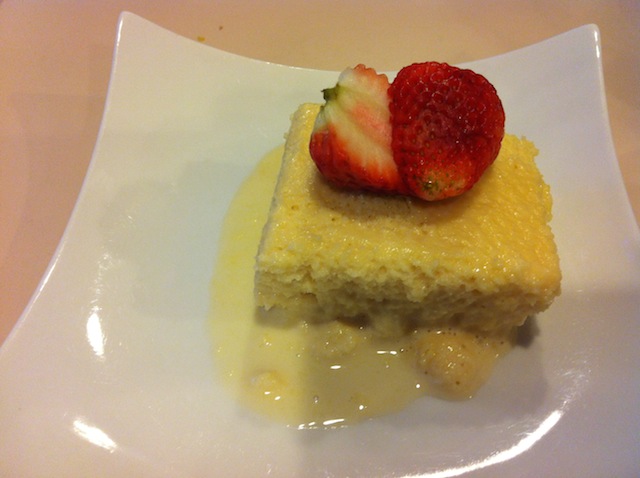 Breakfast, lunch and dinner are served. You can order take out and there were a number of customers getting take out while we were eating dinner. In addition, they will make made to order dishes which you can find on their website. The entrée prices range from $10 to $18, but most are between $12 to $14. The restaurant is located between 47th and 48th Avenues and a bus stop is right outside their location on the west side of Fraser Street. Free parking is in the rear.