Go and see Mad Max: Fury Road because it just so happens to be the best action film of the year. It’s a western on wheels that sucks you into the toxic dystopian wasteland.

Mastermind director George Miller wasn’t going to butcher his latest addition to the Mad Max series and nor was he going to retell the story of the Road Warrior. No Mel Gibson? No problem. Giving Tom Hardy the wheel was a brilliant casting decision.

Most of us can remember watching the Mad Max trilogy on VHS (Beta for others) and being blown away by the action sequences and the grittiness of it all. 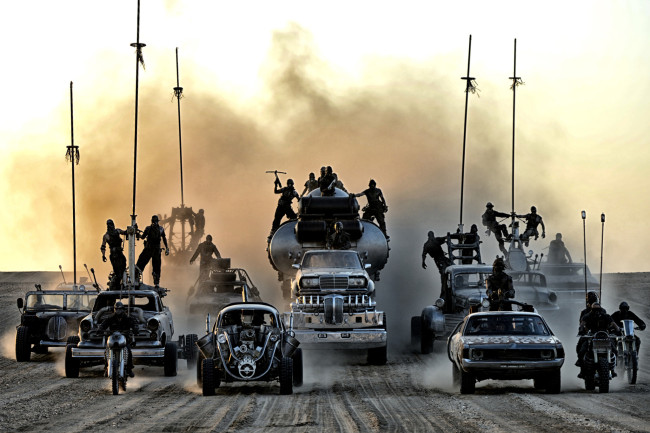 The entire series set the bar as far as what a post-apocalyptic world is supposed to look like. This latest installment of Fury Road makes the previous films seem timid or inadequate; which is a good thing as that is what a director tries to accomplish.

The 80s and even parts of the 90s was when action films were done right. No CGI just actors and stuntmen doing their thing with big stunts, explosions and fast cars. I appreciate movies where the story might be far fetched, but the realism to the stunts and action sequences give viewers a shot of adrenaline. In fact George spoke about that very thing with Entertainment Weekly.

Mad Max is not a superhero. We don’t defy the laws of physics, it’s not a fantasy film. It’s basically a western on wheels. And I think if people see, I know when I see too much CG, that sort of takes me out of the experience. You want to have that sort of almost, I’m not going to say documentary experience, but you want to feel it like you’re really immersed, like it’s really happening. So we decided to literally do every car that’s smashed is smashed, every stunt is a real human being, even the actors do a lot of their own stunts, and so on.

It’s 2015 and Miller hasn’t changed. He brought his old school film-making and reminded us, especially the Fast and Furious generation, what a pure action flick is supposed to look like in all it’s glory.

Who knew that the man who brought us this dystopian future of bike gangs and outlaws would also go on to create the family hits like Babe and Happy Feet. His film legacy is everywhere and we’re just happy to have George back to the Gilliam-esque vision of a world gone to shit. 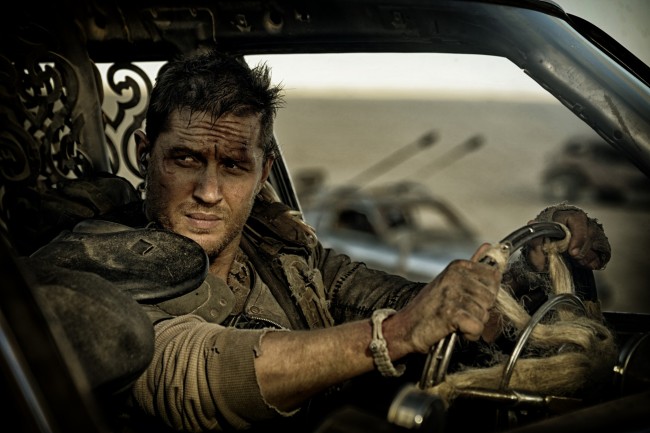 We get re-introduced to our old friend Max Rockatansky who is still roaming the desert and being pushed to the brink of insanity by haunted visions of his lost child and the other ghosts of the people who he couldn’t save.

Max is captured by Immortan Joe (Hugh Keays-Byrn who portrayed the villainous Toecutter in the first Mad Max flick), a gruesome warlord who controls the desert people with a large faucet of water.

The people are slaves to their water addiction and Joe creates inbred, half-life, skin heads in white paint called War Boys. They help in keeping order at the Citadel and protect Immortan Joe’s pure five wives (meant for breeding purposes), along with plants and water that he keeps away in a vault from the general populous.

The War Boys also drink a healthy supply of breast milk to help fight off the effects of radiation so they can live by the inspiring motto of “I live. I die. I live again!” That really should be on all cute kitten posters.

Without giving away too much plot, I hate it when reviewers do that, we get introduced to another warrior named Imperator Furiosa (Charlize Theron), who kidnaps the very beautiful five wives in a big souped-up tanker truck called the War Rig. 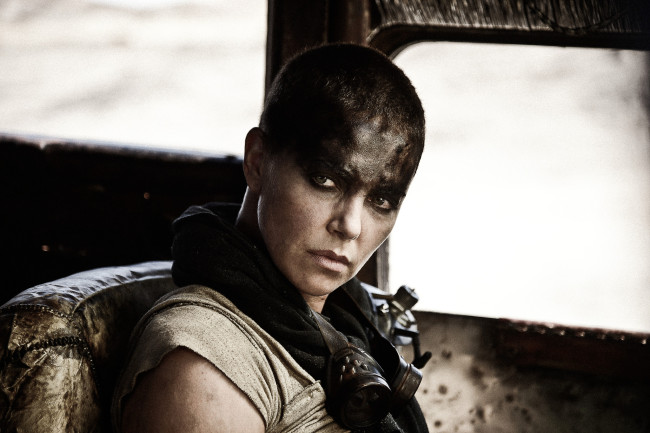 I must say that Theron provides another fantastic performance to her resume. She brings such a gritty intensity to the role that makes the female lead with the mechanical arm the heart and soul of the film.

Max and Furiosa eventually team up to find the “green place,” an area of the world that isn’t covered in sand. It’s supposed to be paradise ruled by ladies.

The girl power, feminist narrative to this film was fantastic. It was nice to have some strong ass-kicking ladies alongside Max fighting the good fight.

Tom Hardy was also brilliant in a movie where there wasn’t a lot of talking. Both Hardy and Theron added so much depth to their roles with just small sentences and intense looks. There was no time for paper thin character development that we have come to expect from other Summer time blockbusters. Cough…Age of Ultron. 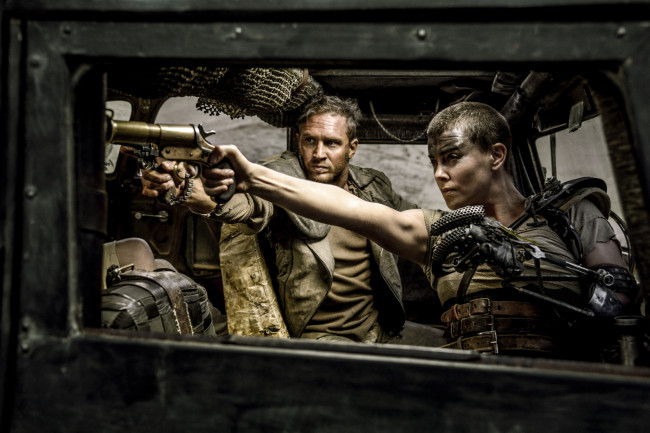 The acting accolades can also be thrown at Nick Hoult who plays war boy Nux. Nick was a child actor who has come along way from 2002s About a Boy to now playing a crazy half-life with a pension for chrome and creative ways to do blood transfusions. 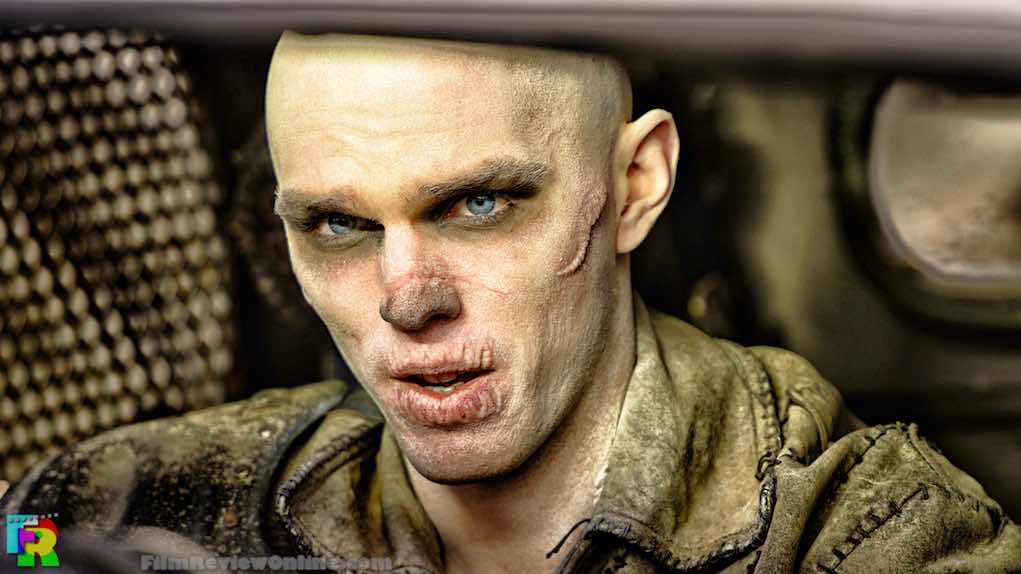 What you will see is a cinematic marvel with cinematography that will blow you away. There was so much great usage of light and darkness along with 3D that actually added value to the film instead of adding to the price of a ticket. 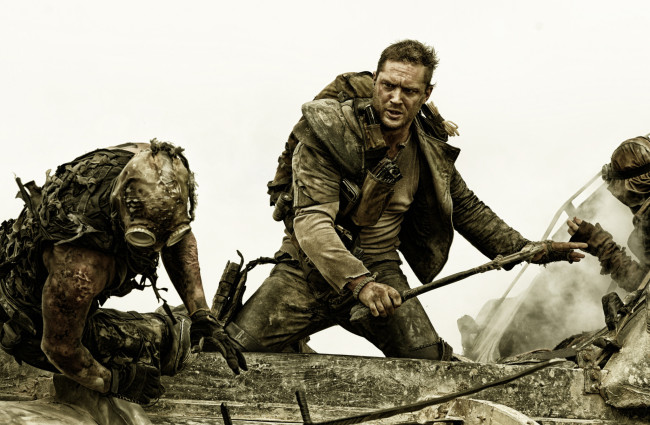 The soundtrack was done by Dutch multi-instrumentalist, producer, and engineer Tom Holkenborg AKA: Junkie XL, which added so much to the overall ambiance. But not to be out done was the fantastic costumes of Jenny Bevin who should be remembered come award season later in the year.

Miller was able to coax the very talented cinematographer John Seale from retirement to have one more shot of action brilliance. This is what happens when you give two masters in their 70s a $150 million dollar budget.

So to those that didn’t like my Furious 7 or even Avengers: Age of Ultron reviews, I urge you to check out Mad Max: Fury Road. This is how you do action films. 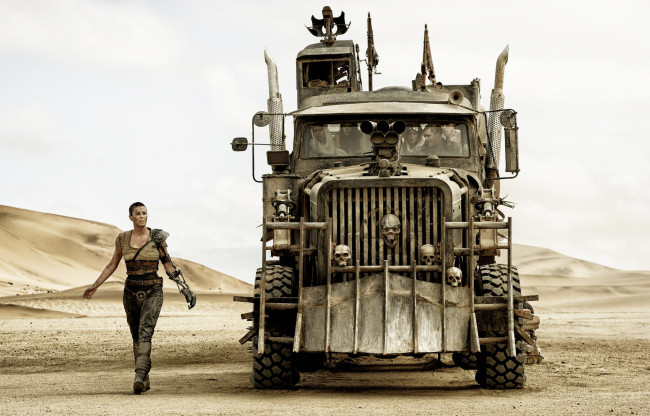 The story is out there and of course you need to suspend your disbelief but Miller shows us that none of that matters when you blend the old with the new age of film-making; what you get is another masterpiece.

By far this is the best Mad Max film ever made and it could be the last. I don’t think George Miller needs to do another thing. The ending was perfect for Max Rockatansky.

Without a doubt go and see this in 3D at the theatre. You’ll truly be missing out if you wait to see this at home.

I give Mad Max: Fury Road 5 out of 5 rain drops. It joins Ex Machina and Kurt Cobain: Montage of Heck as one of the best films of 2015.

Fans of the iconic post apocalyptic series and steam punks rejoice! The thirty-year wait was well worth it. This movie will kick your ass.