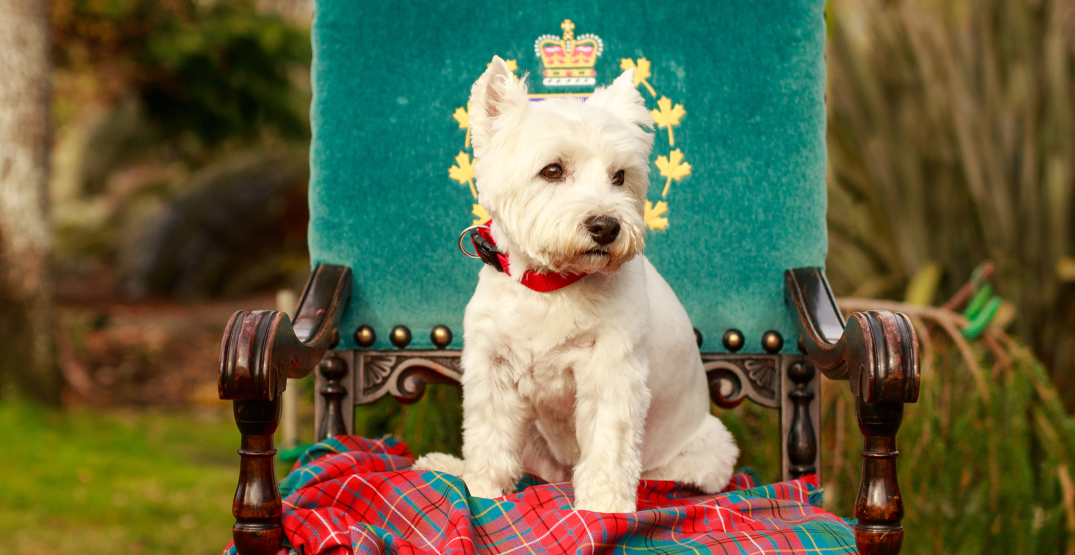 Office of the Lieutenant Governor/Supplied

BC’s Lieutenant Governor, The Honourable Janet Austin, is responsible for representing the Crown in the province. But it’s her dog, Vice-Regal Canine Consort MacDuff Austin-Chester, who’s commanding a lot of attention.

MacDuff is the most regal dog in the province. He’s the greeter at Government House, which is the residence of Lieutenant Governor and all British Columbians’ ceremonial home.

Daily Hive reached MacDuff’s office who explained his title this way, the “Vice-Regal Canine Consort is similar to that of the Vice-Regal Consort, in that they are the companion to the Lieutenant Governor.”

“While the designation of Consort is typically reserved for the spouse of the Lieutenant Governor, in this case, MacDuff is of the canine variety, and thus named as such.”

This little dog has plenty of duties to attend to when he’s not busy updating his Instagram with his outdoor adventures.

While the Lieutenant Governor has an official constitutional, promotional, and celebratory role, MacDuff does not represent the Crown in the same way. Still, MacDuff, who describes himself as a “charming and self-confident West Highland White Terrier,” wears many hats.

He is the “Official Ambassador for the St. John Ambulance Therapy Dog Program, having passed a rigorous exam with flying colours to qualify.”

“When appropriate, MacDuff accompanies Her Honour to events – his penchant for belly scratches and absolute love of attention makes him an excellent way to break the ice in any situation,” said the Office of the Lieutenant Governor.

MacDuff even released an official report on their duties. It covers MacDuff’s career highlights for his first year, including greeting dignitaries and his induction as Official Ambassador for the St. John Ambulance Therapy Dog Program. 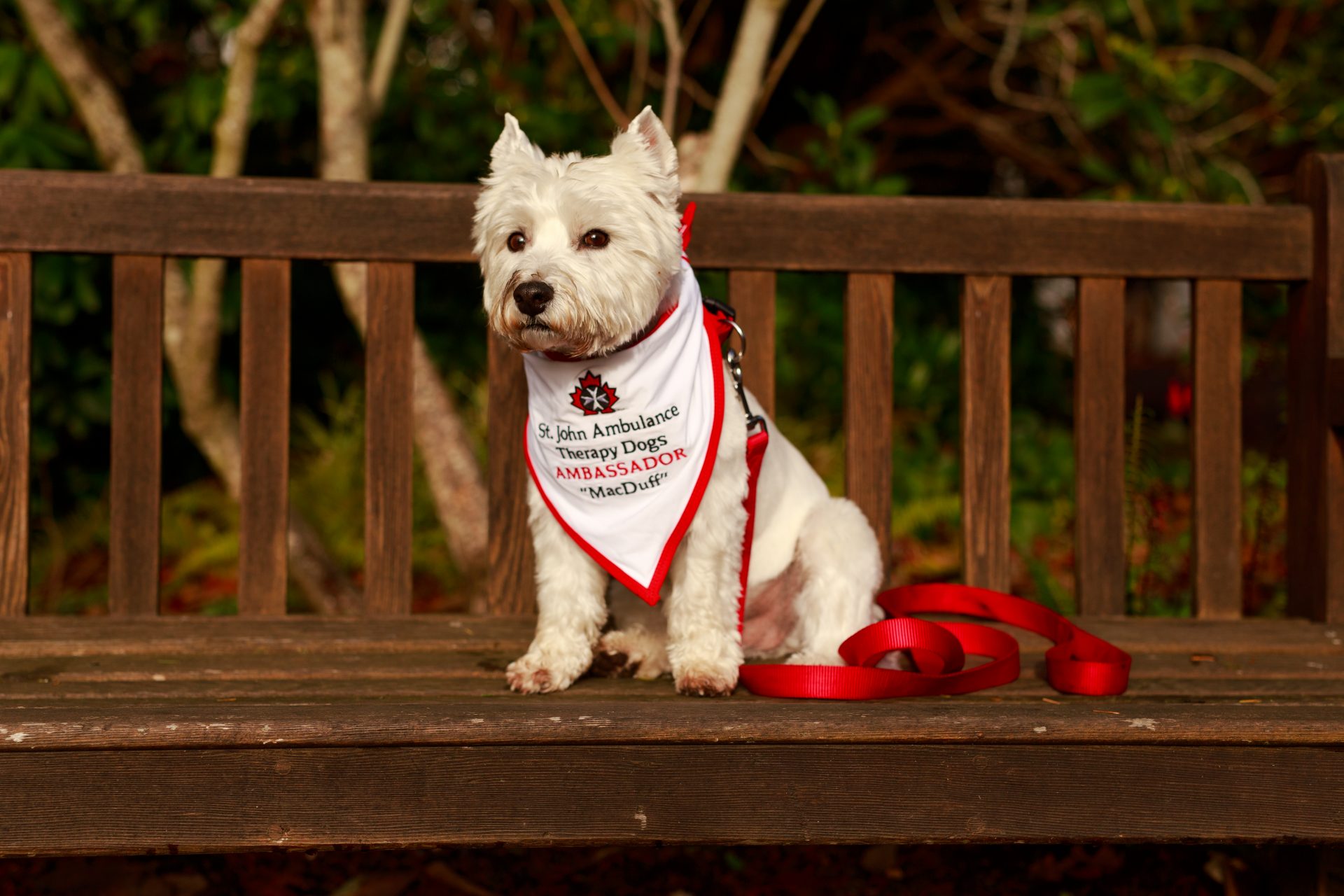 Office of the Lieutenant Governor/Supplied

“I was a bit nervous because I had to take the Therapy Dog Evaluation, but I passed with a perfect score. It was thrilling!  There was only one mistake, and it was made by Her Honour – not by me,” said MacDuff in the report.

Previous pets of Lieutenant Governors include Olive, a golden Labrador retriever, who flunked out of the B.C. and Alberta Guide Dog program for being too friendly. There’s also Lamby, a lamb who lived on the Government House grounds, and another Lieutenant Governor had a set of well-loved and rambunctious poodles.

So, while Lieutenant Governors have had animal companions over the years, MacDuff boasts the most followers on Instagram and seems to be fully commited to his role.If this is your first time hearing about MacDuff, then you need to check out his full bio.