“Great food brings people together,” says Carly Wintschel, the macaron chef behind Kitchening & Co. and that statement stands true to the macarons that they create and what they do for the community.

Being a foodie since she was a child, Carly started Kitchening with Carly as a side business when she was still a teacher. Through her travels with her husband, they learned cooking and about food from different countries. After, she decided that she wanted another creative outlet and started Kitchening with Carly as well as teaching on the side. After a while, Carly decided that she had to choose between the two lifestyles, she took a risk and chose cooking. She went to France to train and came back in January 2011 and launched Kitchening & Co. full time, and Vancouver is graced with delicious macarons. 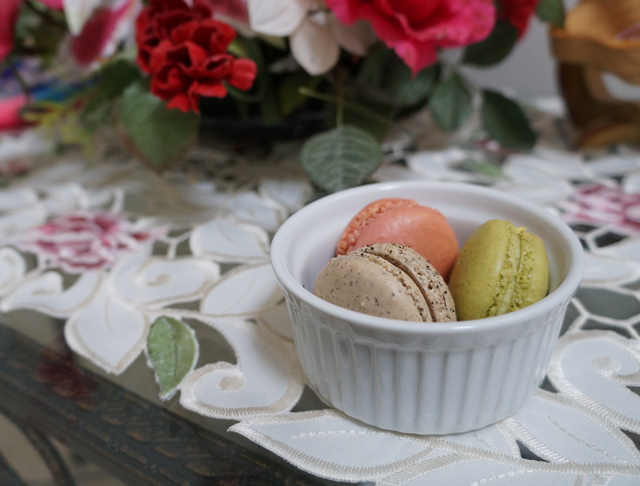 Kitchening & Co. loves events and being involved in the community. If you were celebrating International Macaron Day, which was March 20th, Kitchening & Co. donated $10, 000 worth of macarons to charity. 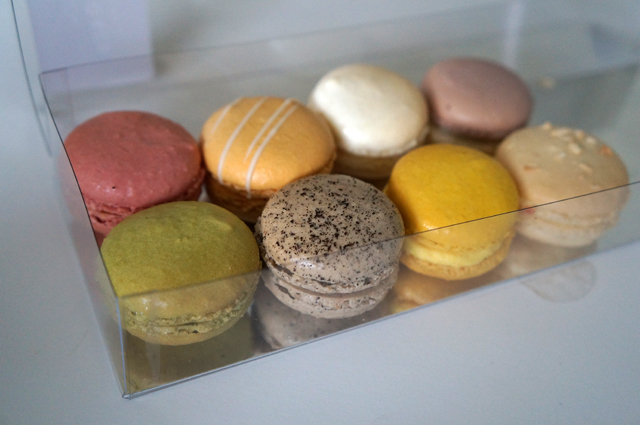 Kitchening & Co. macarons can be purchased at a variety of stores within Vancouver, such as Urban Fare, Edible Canada or Salon Tea to name a few.  For some savoury surprises, a bacon flavoured macaron can be found at Edible Canada. One of the most popular macarons is the salted caramel, and it isn’t hard to argue why. It’s creamy and sweet with a tinge of salty flavour. Not only do you get great texture in these macarons, but they all have unique flavours. 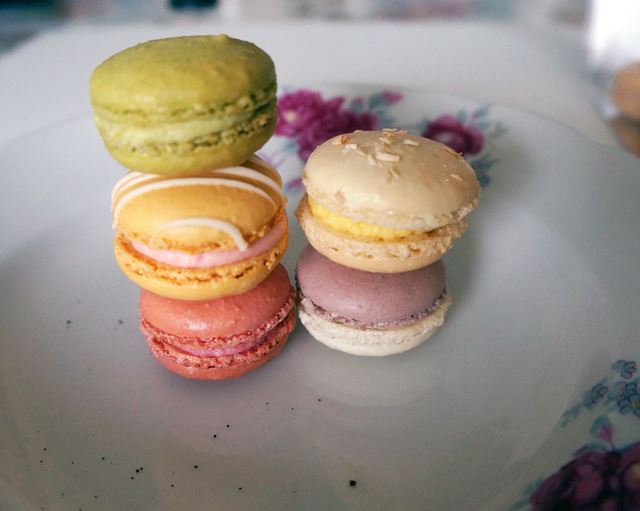 Macarons at Kitchening & Co. are all natural because they believe that the best ingredients must be used. It’s not just about macarons, but about making great food. These pastel gems are coloured with natural plant extracts. No artificial flavouring and gluten free as well. 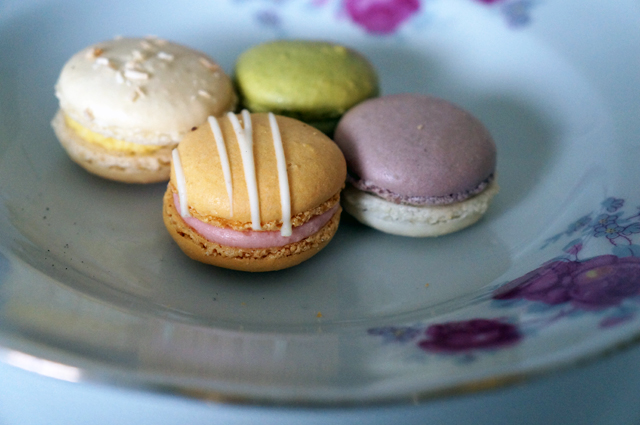 Kitchening & Co. will be popping up at a few events coming up this Spring. They will be at:

Not only does Carly come up with seasonal flavours, but taking risks with the flavours is what she enjoys. Kitchening and Co. does not disappoint with the soft, cloud-like quality of their macarons and the  variety of  flavours, from timeless classics to their inventive combinations. You are forewarned that these macarons may be addicting. Who knows, perhaps a cucumber and melon macaron may be coming up soon.

Written and researched by Whitney Hong. Connect with Whitney on Twitter @wheetnee.