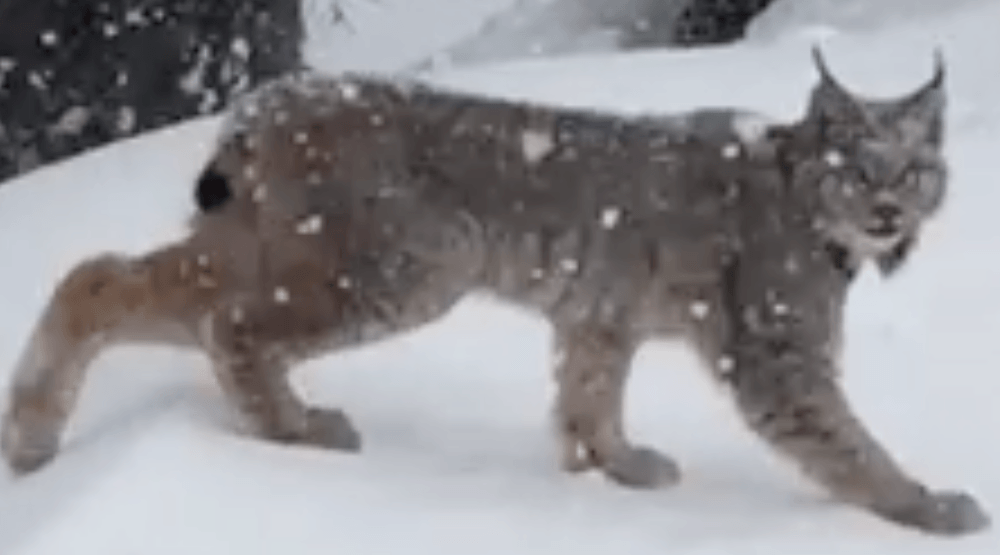 It might be the best cat video on the internet, and we have Mother Nature (and the actions of James Ngo) to thank for it.

On March 11, Ngo was at Kelowna’s Big White Ski Resort when a lynx made its way out of the woods.

“We had a very special guest visit us at Black Forest yesterday,” Big White says on their Facebook page.

Ngo captures all the cat’s chill as it gives the camera a quick look, before casually making its way across the run as two skiers ride by.

Within seconds, the large cat saunters off into the woods without a worry in the world.

It’s safe to say this cat remains calmer than we would have, had we encountered it ourselves.