In Vancouver, commutes are no short matter especially for those living in the Fraser Valley. Pacific Commuter, a membership-based luxury coach service for Surrey and Langley residents who work in Vancouver, will begin service on July 3rd, 2012. Inspired by the Google buses, Pacifc Commuter will be operating Monday to Friday and will initially cater to those who work the typical hours of nine to five very much the West Coast Express that serves Port Moody,  Coquitlam Centre and right into Mission. 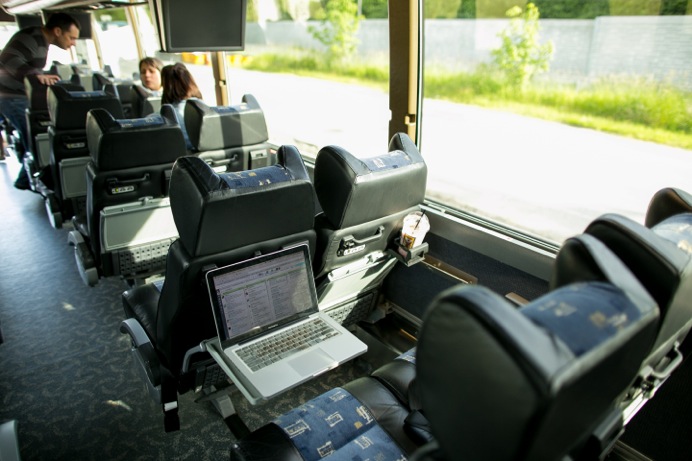 Pacific Commuter will begin its journey each morning picking up members from locations in both Surrey and Langley, and multiple drop-off locations in downtown Vancouver, including Waterfront Station, Coal Harbour and the Sheraton Wall Centre — all central business district stops. Among the amenities on Pacific Commuter’s buses are reclining plush seats, tray tables and bathrooms. Each bus is also equipped with a kitchen for those who struggle to get their breakfasts together in the morning. Perhaps one of the most appealing amenities, the wifi connection allows commuters to start their day that much earlier, if they so chose.

The cost of monthly membership for Pacific Commuter is slated to start at $395.00 per month. Taking into consideration the costs of parking in Vancouver, along with fuel, commuters will end up ahead financially, in addition to being more relaxed and productive. For more information, visit it www.pacificcommuter.com.