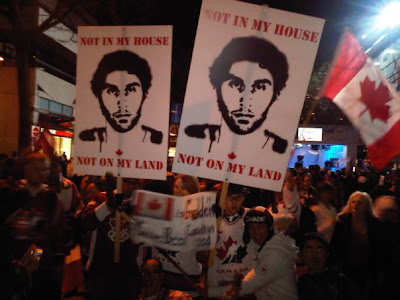 Ever since Roberto Luongo was selected to play for team Canada, the haters out there denounced the notion that he should be the number 1 netminder. To them he isn’t a big game goalie. The most noticeable hater out there is a good person, even though he is an Oilers fan, I speak of @mpah, real name and identity will remain a secret as he does live in Vancouver.

Here is what mpah stated in the comments section of a previous post:

This is what an idiot [Vancity Buzz] would think, a real hockey fan would know Brodeur is the man for the job. Luongo’s record at GM place and game vs NORWAY are idiotic arguments.

1. He has won ZERO meaningful games at GM place – please see game 6 vs Chicago last year and previous years vs Anaheim…also Trevor Lindens last game ever as as a Canuck he let in 7…

2. he has played 1 game, against NORWAY, anyone who thinks that justifies a start vs Germany is a complete tool and should stick to watching figure skating, hockey isn’t for you

Well just like the Olympics naysayers *ahem* BR, ORN, APC etc… Luongo haters have been awfully quiet of late as they have been real busy eating crow. 5-0, .927 save percentage and a 1.76 goals against average, enough said. Time to apologize for your idiocy.