This cocktail offers up a bit of a tribute to the forestry industry in B.C. as well as a nod to the well-known Stanley Park landmark for which it’s named. A popular meeting and picnic spot, located north of the aquarium in Stanley Park, Lumberman’s Arch is all that remains of a grand structure originally comprised of eight massive firs and constructed at Pender and Hamilton to commemorate the visit of the Duke and Duchess of Connaught.

Originally called “The Bowie Arch” in honour of its designer, Captain G.P. Bowie, the structure was moved to its current site in Stanley Park in 1913, where it eventually fell into disrepair. After being demolished in 1947, it was replaced with the current Arch — made of red cedar — in 1952.

See the ingredients and method below the video! 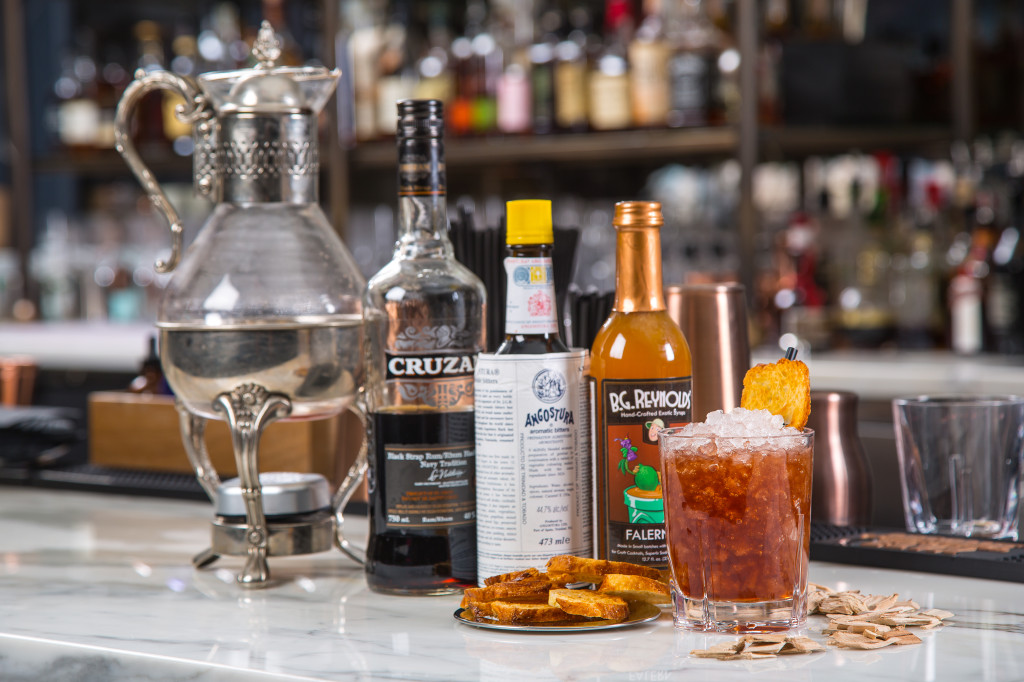 Start by smoking wood chips in a glass decanter (like the one pictured above) with a hand-held food smoker. Combine all ingredients in a cocktail mixer and shake with ice. Pour mixture into the smoke filled decanter, cap, and swirl to infuse smoky flavour. Strain over crushed ice in an old fashioned glass. Always use caution when working with an open flame.

Served at Boulevard with a house-made crispy, maple-soaked crostini, but may be substituted with store bought crostini or garnish of your choice. 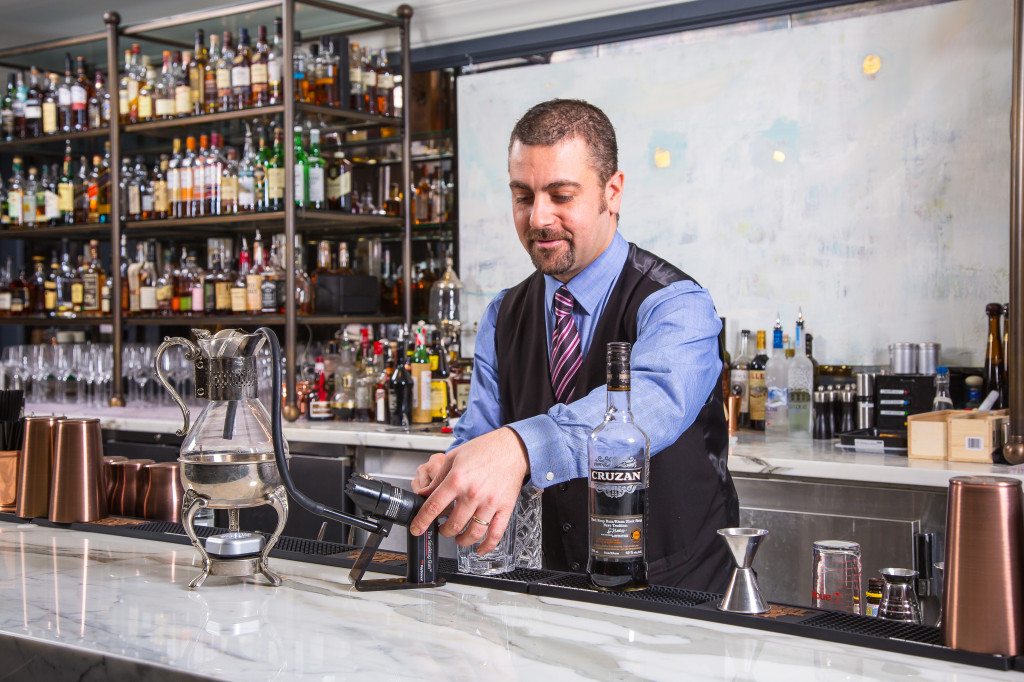 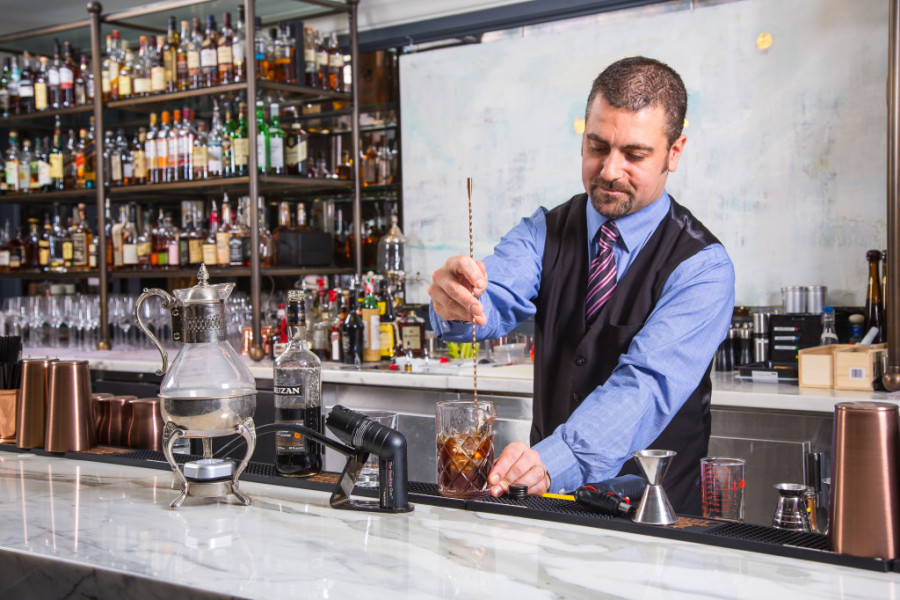 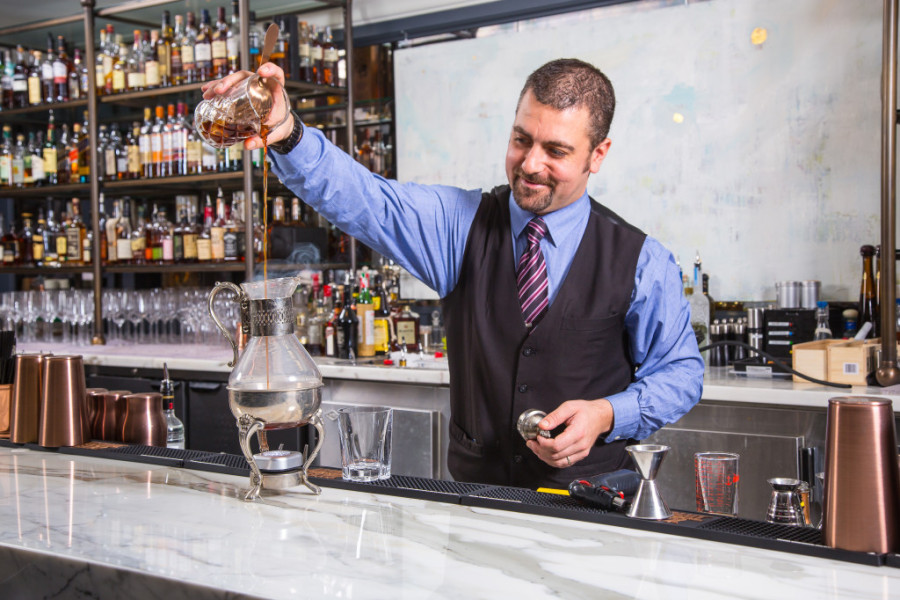 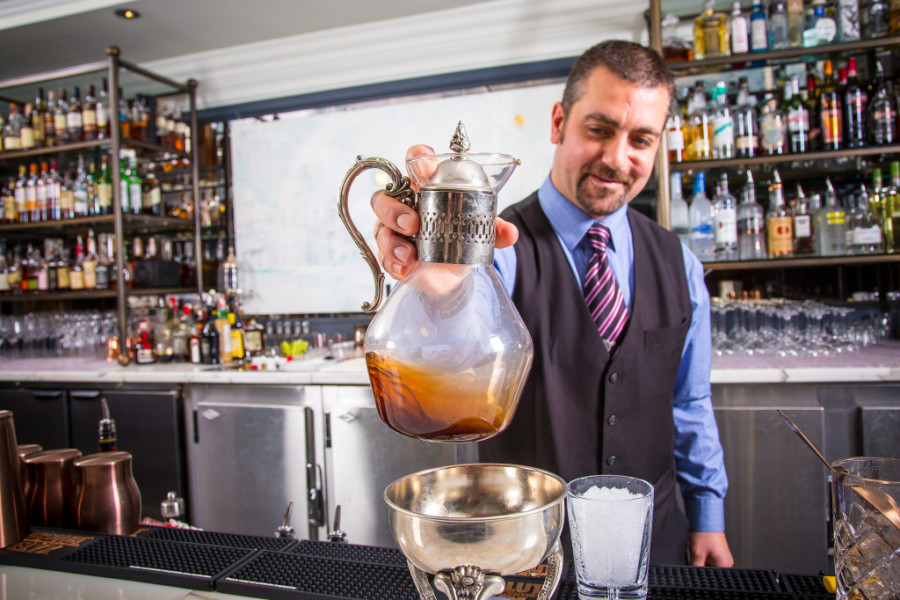