Lululemon founder Chip Wilson has whitewashed the mural he commissioned for his own Kitsilano home after failing to secure a permit for the artwork.

It was less than a year ago that Wilson and his wife, Shannon, announced they were going to have a mural done on the seawall behind their $54 million Point Grey Road mansion. The idea was to have a mural up instead of a blank canvas for graffiti and tagging, which was blighting adjacent properties. 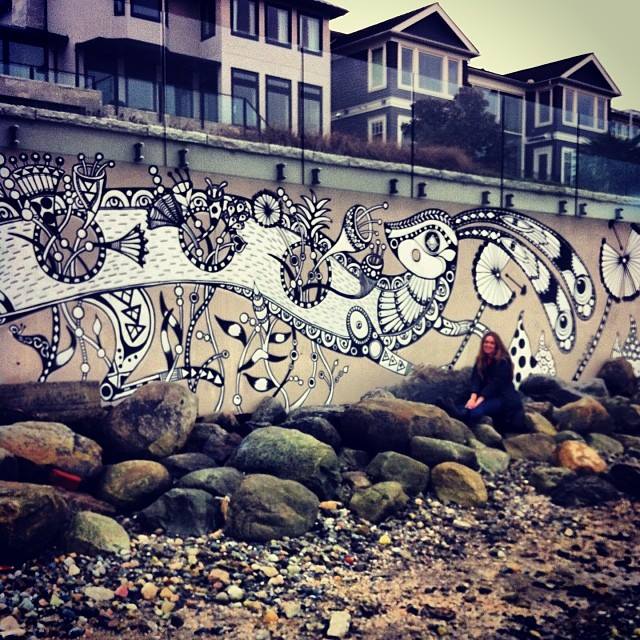 Today, though, the mural has been whitewashed, and bears a single message: “The City of Vancouver: Consistently opposing the arts.”

The City of Vancouver confirms that the Wilsons did the covering up at their behest. A City spokesperson told The Province via email:

“The city looked into the mural behind Chip Wilson’s house after receiving an inquiry about whether it had received a permit.”

“The mural was un-permitted, so the city met with the property owner to see what could be done to bring the mural into compliance.

“Upon review, there were some sections of the mural that didn’t meet city requirements — particularly as related to the prevention of graffiti — and the property owners took it upon themselves to paint over those sections.”

It is not clear if the Wilsons are behind the handwritten note on the whitewashed wall.

The City of Vancouver told Global they are discussing with the Wilsons the possibility of a future mural in the same location.

Recently, the City of Vancouver dismantled a raunchy guerrilla-style piece of public art within hours of its installation, prompting locals to call out the city for being too conservative when it comes to public art.