The new 4,400 square foot space at 970 Robson Street, on the southeast corner of the intersection at Burrard and Robson Street, occupies the former units of Blenz Coffee and New Balance.

It’s the latest transformation undertaken at the intersection which became home to the world’s second largest Victoria’s Secret last year. The other two corners on the west side are also slated for renovations, with Roots expanding and renovating its existing Vancouver flagship store beginning this fall and L’Occitane relocating to Bebe’s former unit.

The company’s existing store at the 1100 block of Robson Street will close.

Tomorrow’s lululemon athletica flagship grand opening festivities will include a one-block street closure on Robson Street between Burrard and Hornby Streets from 6 p.m. to 10 p.m. There will be a mass session of free outdoor Coastal Om Yoga on the street from 7:30 p.m. to 9 p.m., led by instructors Eoin and Insiya Finn.

Everyone is encouraged to participate and bring a friend. Remember to bring your own mat and a water bottle.

All of this comes less than 48 hours before nearly 10,000 runners descend into downtown Vancouver and Stanley Park for lululemon’s annual SeaWheeze Half Marathon. The race will conclude with a festival and concert at Stanley Park’s Brockton Oval, featuring Capitol Cities. Tickets for the post-race party cost $25 and can be purchased online. 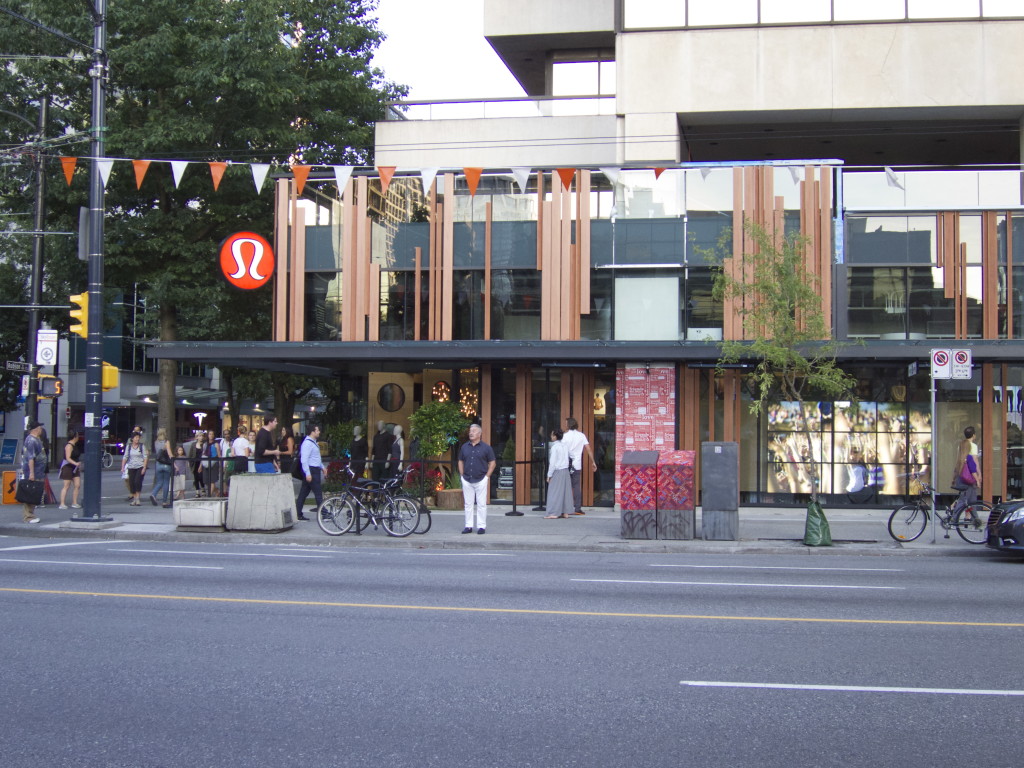