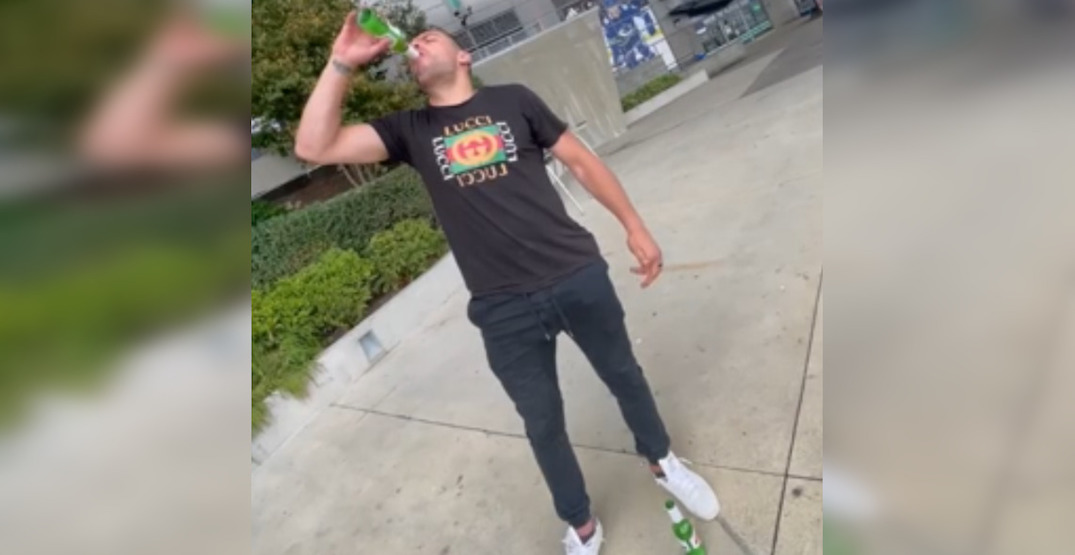 Arrest him for trespassing? Throw him in jail for drinking in public?

No punishment will be too harsh in the eyes of Vancouver Canucks fans, after what Milan Lucic just pulled.

Lucic commemorated the 10-year anniversary of the Boston Bruins winning the Stanley Cup by returning to the scene of the crime. Wearing a “Lucci” t-shirt, the East Van native slammed a pair of Stella Artois beers in front of Rogers Arena in a video recorded for his ex-Bruins teammates.

“It’s been 10 years. This is where we became champs… Great memories, what a time,” Lucic said before pulling a beer out of his pocket and initially struggling to pop the cap open.

“You don’t become a champ just by having one,” said the one-time Stanley Cup champ, before downing his second beer. “It’s a back-to-back throw-down there boys.”

Milan Lucic is such a wild card. Chugging Stellas in a custom Lucci shirt…what an animal pic.twitter.com/VIbzwhFIpX