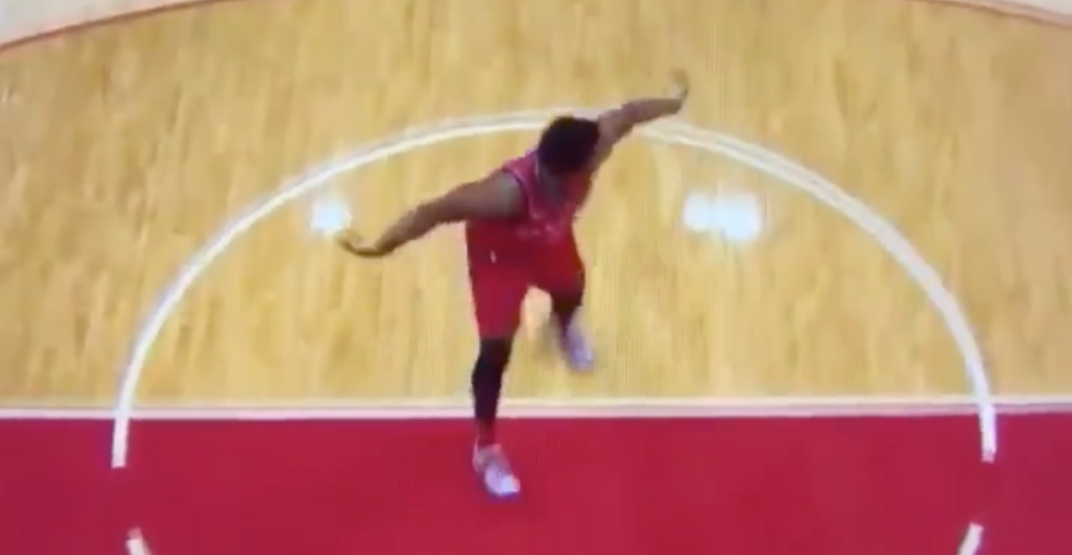 Last season, after every technical free throw, former Raptors’ guard DeMar DeRozan would shake the hands of his teammates… except, none of them are actually there.

They existed only in his imagination.

With DeRozan now a member of the San Antonio Spurs, Lowry decided to continue the tradition.

On Saturday night in Washington, the longtime Raptors star went to the line to shoot free throws after Wizards head coach, Scott Brooks received a technical foul and was ejected from the game.

After the shot, Lowry leaned forward to clap the hands of a few invisible mates, and dap the imaginary buddies behind him.

Here’s how it compares to DeRozan’s routine:

#Raptors Kyle Lowry still keeping up with the superstitions,as he does his former teammate DeMar DeRozans ghost shakes after his free throw last night against the Washington Wizards 👀

A video of Lowry performing a pre-game handshake routine solo – the same one he used to do with DeRozan – went viral after opening night.

“Me and Kyle was two very superstitious dudes,” DeRozan told reporters, after being made aware of Lowry’s solo shake. DeRozan added that he has other routines and is surprised that no one has caught onto them yet.