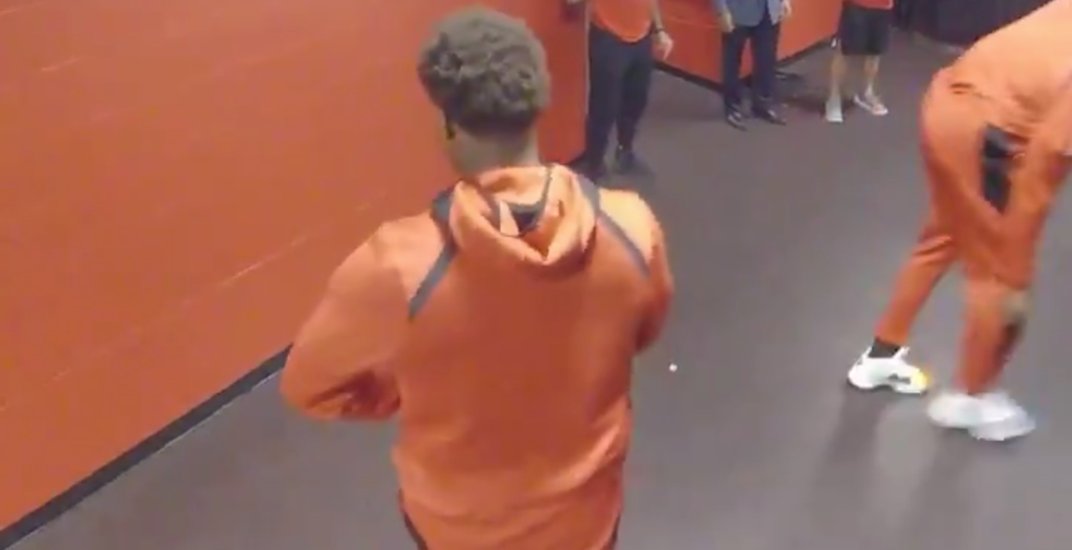 Talk about missing your buddy.

It’s obvious Kyle Lowry misses his bestie–enough to fist bump an invisible version of DeMar DeRozan with a pre-game routine they’ve had for the last few years.

The former teammates became one of the best backcourt duos in the NBA, with five consecutive playoff runs, four All-Star appearances each, and an Olympic gold medal.

Here’s a side-by-side look at the routine, before and after the trade:

Think Kyle is missing DeMar? He's still doing the handshake routine they used to do before a game pic.twitter.com/VcJv7yRVAn

While the trade may still sting for many Raptors fans, there’s potential for a new bromance to develop on and off the court between Lowry and Leonard. The pair was seen having a good laugh on the bench during Toronto’s 116-104 win against the Cleveland Cavaliers.

Maybe they’ll develop a new handshake routine of their own.