The City of Vancouver announced love locks are coming to the city, and they want public input into the location of the sculpture that will hold the tokens of everlasting love.

The following locations are being considered for the sculpture:

Here’s a map to help you visualize the various locations: 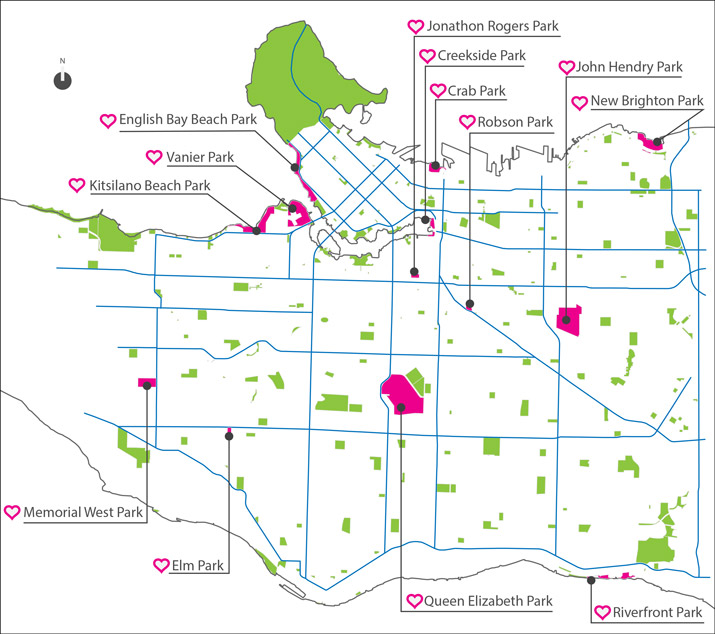 Love locks are locks that lovebirds etch their initials into and attach to bridges or other structures. They then throw the key away to symbolize their eternal bond.

The craze originated in Paris, France in the 2000s when people started attaching the sentimental locks to the Pont des Arts pedestrian bridge. That came to a halt this past June when city officials removed the more than one million locks (weighing a total of 45 metric tonnes) over structural concerns. A section of the railing on the bridge fell into the River Seine in 2014.

Since the trend doesn’t seem to be slowing down globally, many cities around the world have put up love lock sculptures to allow people to safely display their tokens of affection. Toronto has a giant “LOVE” sculpture, while Seoul and Moscow both have tree-shaped sculptures.

Vancouverites started attaching love locks to the Burrard Bridge, but they were removed in 2013 over safety concerns.

So where do you think the love locks should go? Take the City of Vancouver’s survey.