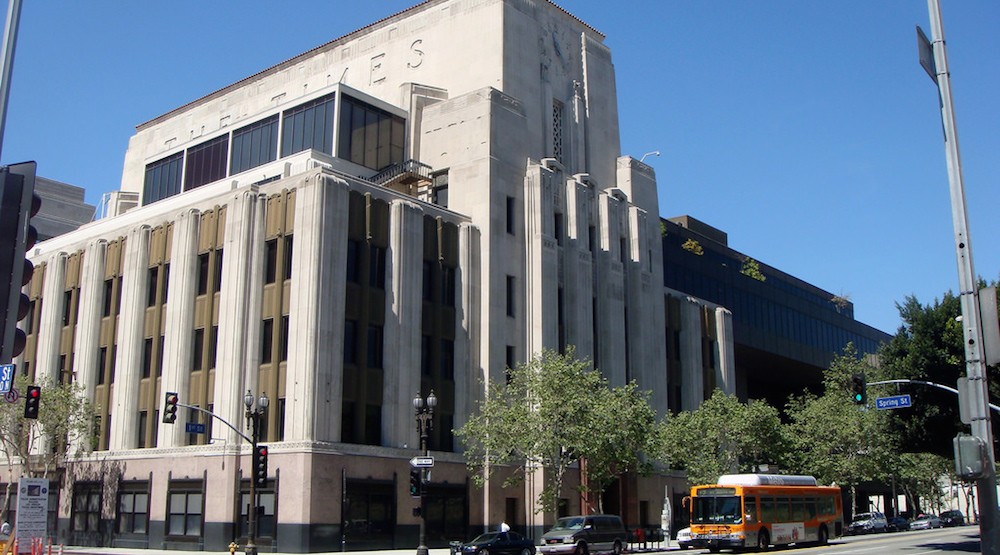 One of Metro Vancouver’s largest residential property developers has purchased the headquarters building of the Los Angeles Times newspaper for the purpose of redeveloping the site.

According to the Los Angeles Times, Onni Group has closed a deal on purchasing Times Mirror Square, a multi-building 750,000-square-foot complex occupying an entire city block that has housed the operations of the storied newspaper for nearly a century. The complex is located in downtown Los Angeles right across the street from City Hall.

Portions of the 1970s-built complex will be demolished for condominium towers while the 1935 and 1948-built structures will be preserved and gutted for conversion into new uses.

Within the historic portions of the complex, there will be retailers and office space on the lower floors and condominiums on the upper floors.

The complex is largely underused and vacant, and portions of it are leased to Hollywood studios for the purpose of filming productions. The climatic scenes of 2011’s The Green Hornet, starring Seth Rogen and Jay Chou, were filmed at the complex.

Currently, Onni’s developments within Metro Vancouver are mostly located outside the city of Vancouver. The company has two major projects in the works for the region.

Onni is working with Vancouver Coastal Health to develop a 2,000+ residential unit development on the health authority’s 25.4-acre Pearson Dogwood site, which will include the construction of an additional Canada Line station at 57th Avenue.

In Burnaby, it is also planning on redeveloping a 12.48-acre site surrounding Gilmore Station into a transit-oriented, mixed-use project with 500,000 square feet of retail space, up to one million square feet of office space for 5,000 jobs, and up to 2,500 residential units. A potential tower at the Gilmore Station project could rival the height of downtown Vancouver’s tallest skyscrapers.

The company is one of the few local developers that actively pursues projects outside of Canada, specifically in downtown Los Angeles where it owns eight properties and has a number of tower projects underway. Beyond its headquarters, Onni has offices in Toronto, Los Angeles, Phoenix, Chicago, and Mexico.