The Vancouver Sun is reporting actor Sean Astin, renowned for his role as Samwise Gamgee in Peter Jackson’s Lord of the Rings film trilogy, will be running with 50,000 other participants in this Sunday’s Vancouver Sun Run.

The 42-year old is an avid long-distance runner and arrives in Vancouver today for this weekend’s Fan Expo held at the Vancouver Convention Centre. He joined the Sun Run as soon as he found out about this Sunday’s Vancouver race after this past Monday’s Boston Marathon bombings. The hobbit star is aiming to finish the 10-km race in 57-minutes and will be wearing a Boston jersey to honour those affected by the tragedy. Sun Run organizers are also expected to pay homage to the incident prior to firing the starting pistol.

Will you be running in this year’s Vancouver Sun Run? Let us know by commenting below.

On Sunday, April 21 from 5:30 AM to 1:30 PM, the City of Vancouver will close streets and bridges throughout much of Downtown and False Creek for the Vancouver Sun Run.

If you need to travel downtown by car, consider public transit, ride your bike, or plan a detour.

List of closures and times (Source: City of Vancouver) 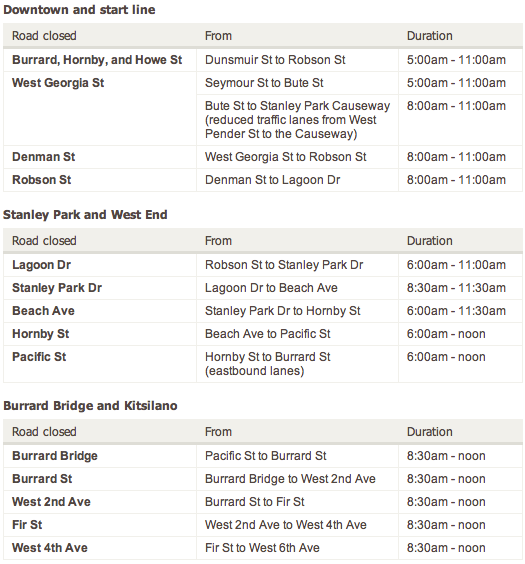 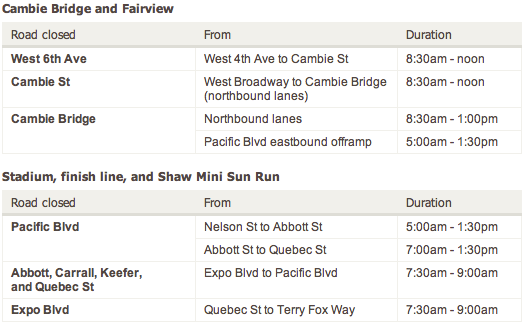 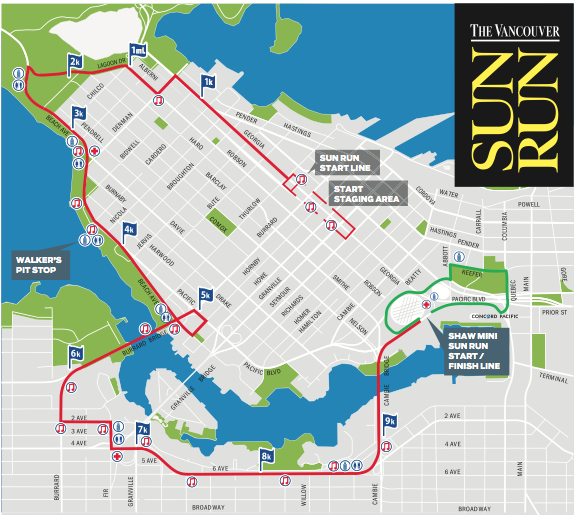