It appears the happy couple is officially official.

Rumours that Mayor Gregor Robertson was dating Chinese pop star Wanting Qu surfaced last month, and now it seems the Mayor is confirming it for the world to see.

In a Valentine’s Day post on Chinese social network, Weibo, Gregor proclaimed his love for Wanting, calling her ‘sweetheart’ and thanking her for the happiness and love she brings to him and his family. 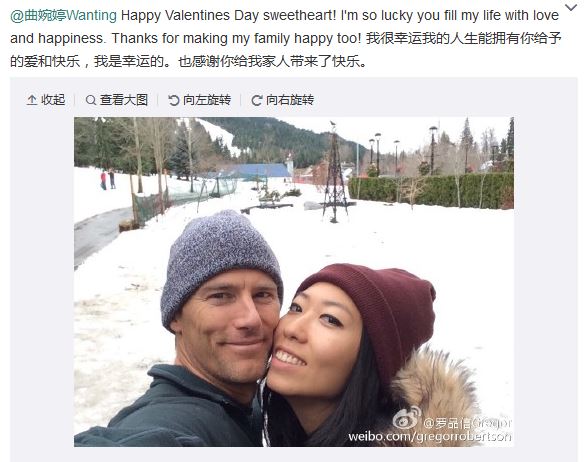 Wanting responded with a post of her own, calling Gregor a “lucky man”. 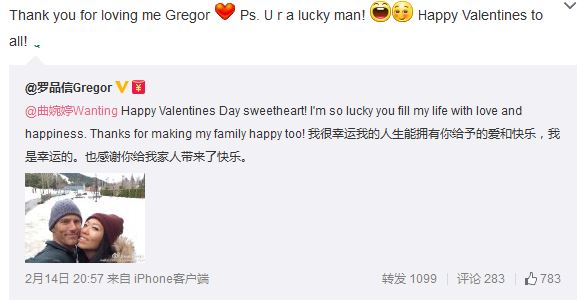 While it’s unknown how long the two have been together, pictures shared on social media indicate they’ve known each other for some time.

Last May, Wanting Qu posted a photo looking friendly with Gregor to Facebook. Again in November, she posted a plea for voters to support Gregor in the municipal election.

In January, journalist Frances Bula posted the rumour on her blog, stating “according to extremely reliable sources (this is not gossip), he is currently seeing Wanting Qu, a 31-year-old Chinese popular-music star who has a lot of buzz in Vancouver.”

Wanting now lives in Vancouver where she built her career as a singer-songwriter and earned platinum record sales in China for her first album. In 2013, she was named the first-ever Vancouver tourism ambassador to raise the city’s profile among Chinese visitors.

Gregor and his wife announced their split in July 2013, stating the separation was decided mutually and amicably, and no third-party was involved.