Hundreds of people braced the sub-zero cold this morning for a chance to see James Franco later tonight.

By 9 a.m.. a long line wrapped around the 700 block of Robson Street, beginning at the doors of Chapters Robson then turning south on Howe Street, swinging east on Smithe Street right up to the doors of the McDonald’s Restaurant on Granville Street.

Only 500 wristbands were given out this morning beginning at 9 a.m. after customers purchased a copy of James Franco’s novel, Actors Anonymous. The wristbands will enable fans to return at 7 p.m. tonight for the book signing and photo opportunity.

At 9.a.m., the line into Chapters Robson begins at Granville and Smithe… 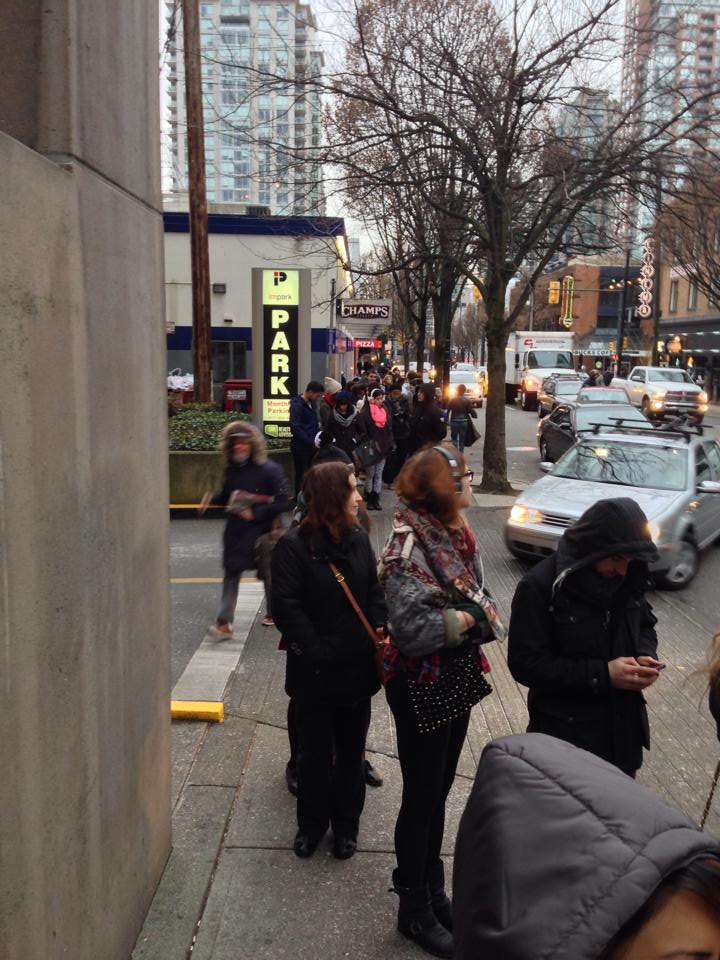 It takes a turn to the north towards the bookstore at Howe and Smithe. 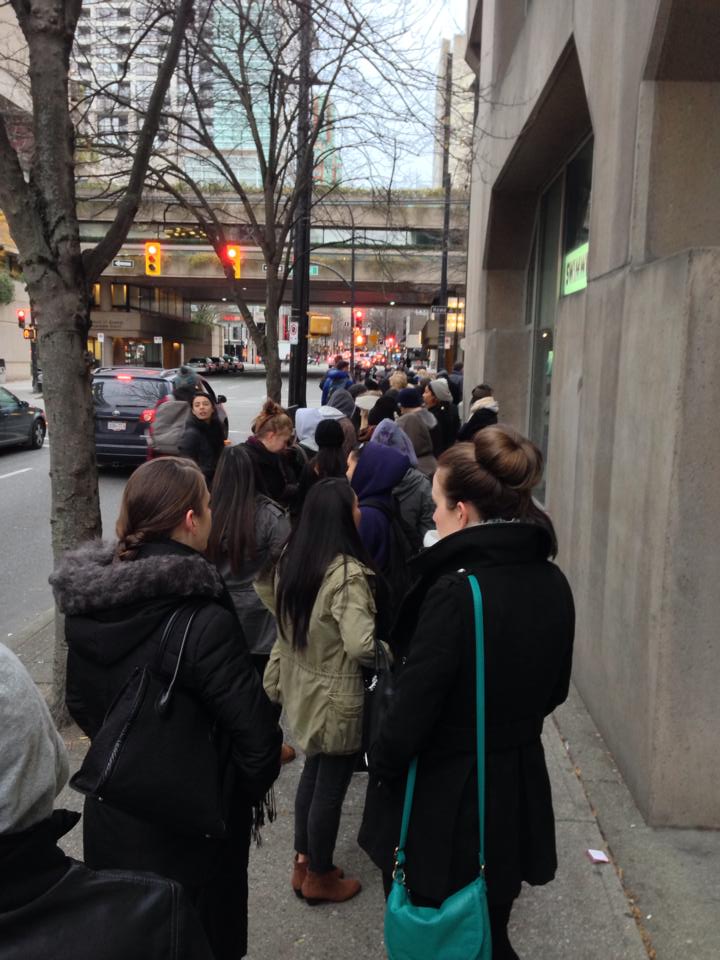 The view from the line at the intersection of Howe and Smithe. Chapters Robson is located at the next intersection. 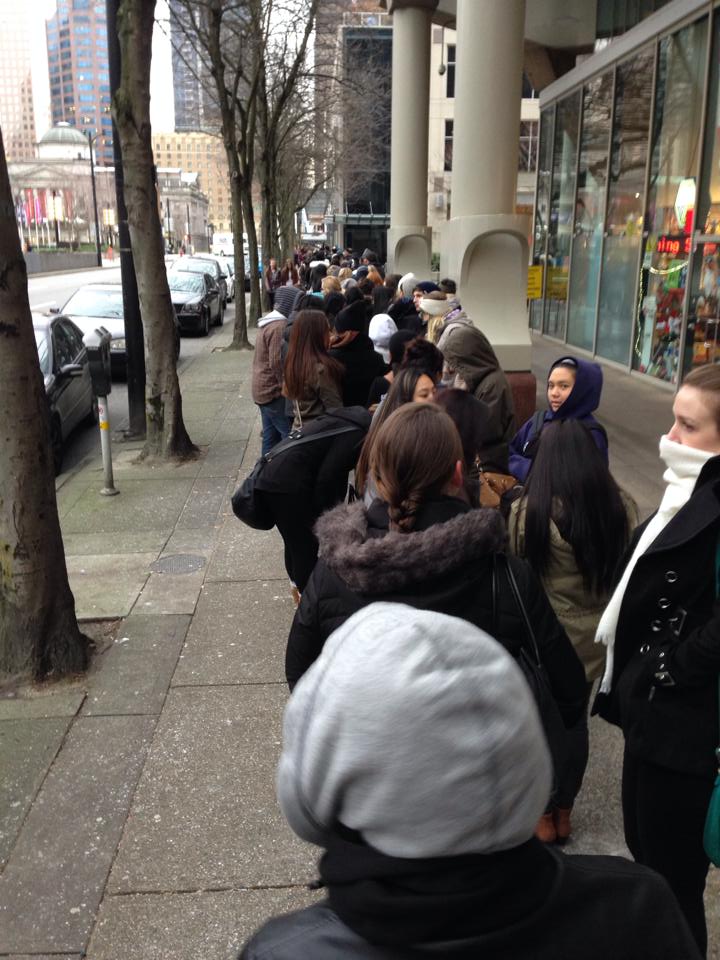 The front of the line. Success!