UBC’s own Liz Gleadle, a friend of the ‘Buzz, has advanced to the finals of the Women’s Javelin Throw at the London 2012 Olympics.

UBC Human Movement student Liz Gleadle has advanced to the final round of the Women’s Javelin at the London 2012 Olympics. Gleadle, who was interviewed by Vancity Buzz before her departure for London, threw a solid 60.26 metres to qualify in 11th spot out of the final 12 competitors. 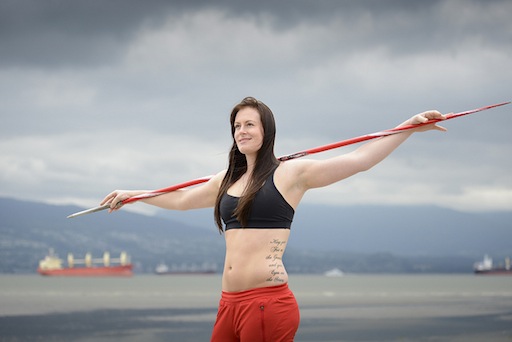 Liz represents a solid chance for a member of team UBC to claim a spot on the podium, and she is one of the last local athletes to compete. Keep your eyes on her for future major events as well – she is still incredibly young for an international athlete, and surely has a rich future ahead of her.

Congratulations for making it this far, Liz – we at the ‘Buzz are incredibly proud! Liz will throw fourth in the final, due to take place on Thursday at 9PM GST – that’s 1PM PST for those interested.

Best of luck tomorrow, Liz! Check her out on twitter at @lgjavelin.