Famed director Danny Boyle turns opening festivities into a real-life movie – and it’s a good one.

On Friday night, the London 2012 summer Olympic games opened with what may be the most innovative opening ceremony ever. With the same creative flair as his incredibly successful films Trainspotting and Slumdog Millionaire, director Danny Boyle put his indelible mark on the celebration. However, he most certainly didn’t do it without help.

Hundreds of volunteers spent much of the three-hour (plus!) ceremony depicting the different generations of British culture and history, paying homage to innovations such as the National Health Service and social media. Even the notably reclusive J.K. Rowling made an appearance, reading the British classic Peter Pan.

The event was the first occasion in which live footage had been combined with video to create a continuous opening ceremonies experience, and director Boyle managed to take full advantage. James Bond (played by Daniel Craig) dove out of a helicopter flying above Olympic stadium with her majesty the Queen – what could possibly be more British than that?

The athlete’s parade was also a sight to see. Hundreds of athletes, all donning their special attire created specifically for the moment, entered proudly into the newly built Olympic stadium. The Canadians sported their classic red and white, all with khaki bottoms – that’s right, we’re bringing khaki back. 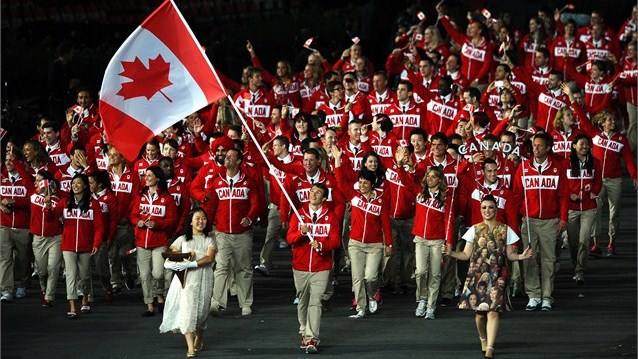 Needless to say, it was quite the spectacle. Beatles legend Paul McCartney ended the evening with a memorable “Hey Jude” that prompted the audience of 60,000+ to join together in song. It was a truly Olympic moment.

Keep up with Vancity Buzz to make sure you don’t miss a single part of the Olympic action from London over the next three weeks!