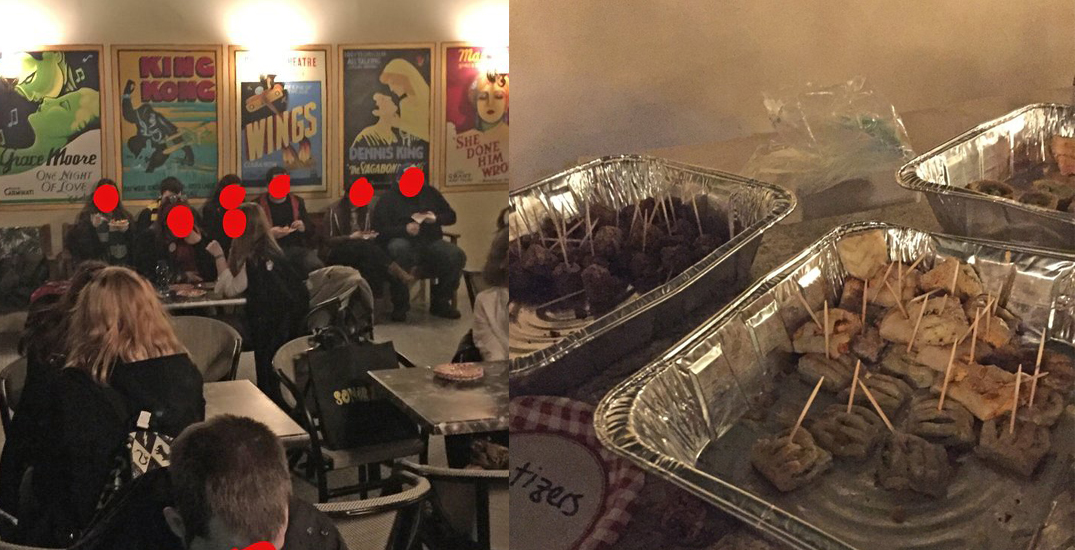 The event company behind a disappointing Harry Potter-inspired party in Montreal (which some reports dubbed the wizarding world’s own Fyre Festival) is apparently still planning an arcade-themed event in Vancouver in January.

The company also cancelled a similar Vancouver event scheduled for November 22, and one Metro Vancouver woman who bought a ticket said she’s still waiting for her money back.

But on Eventbrite, LOL Event Group still appears set to host another nostalgically themed party. Its 90s Arcade Bar is happening at a “secret location” in Vancouver on January 18. LOL Event Group has similar nights scheduled in Los Angeles and Las Vegas later in 2020. Tickets cost $40 USD and are non-refundable.

“I just hope that people know enough to look it up,” said Crystina Smith-Connolly, who attended the Montreal wizard event. “They’re definitely not trustworthy.”

Smith-Connolly was one of more than a hundred Montrealers who paid $50 CAD to attend what the company advertised as an adults-only “world of magical wonder” on November 15.

According to the event listing, the night would feature boozy butterscotch beer, cauldron cakes, trivia, and live music from both a band and DJ. It also advertised a “cobblestone alley,” referencing Diagon Alley from Harry Potter, where guests could pick their own wands or “have it choose you.”

But when people arrived at Montreal’s Rialto Theatre, the first thing they saw was a massive line that snaked for three blocks. YouTuber NerdEJackie vlogged the whole thing, capturing the people waiting in -10C weather.

There were none of the promised specialty drinks once guests got inside, Smith-Connolly said. Instead of wizard-themed snacks, she saw thawed out frozen appetizers from the grocery store and containers of pasta. 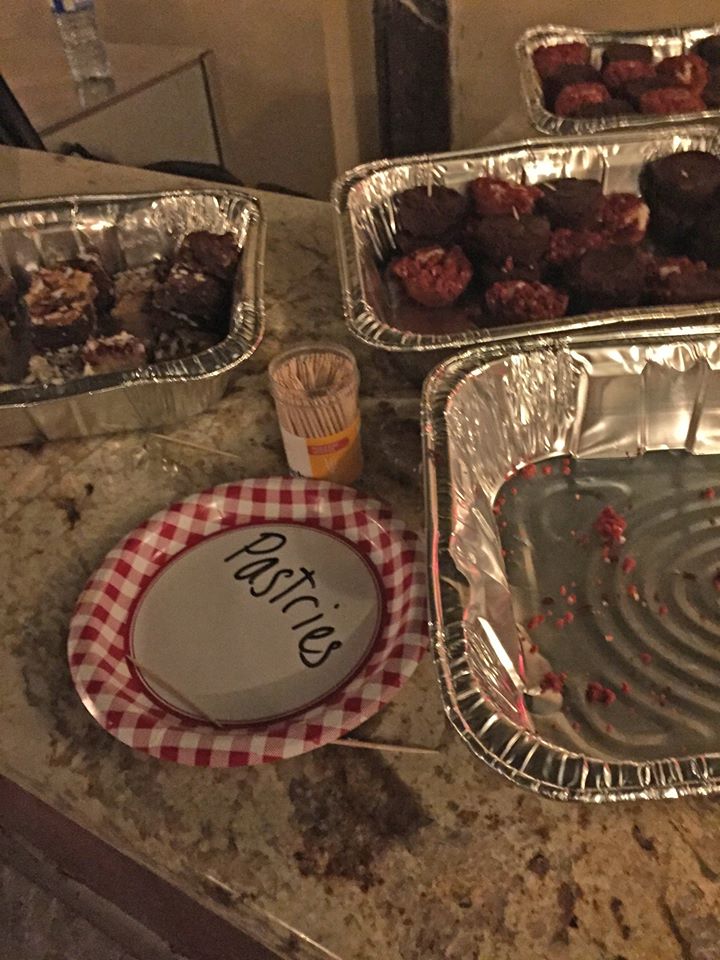 As for the wands in cobblestone alley? The event organizers left out chopsticks still in their packaging that guests could paint with glitter. 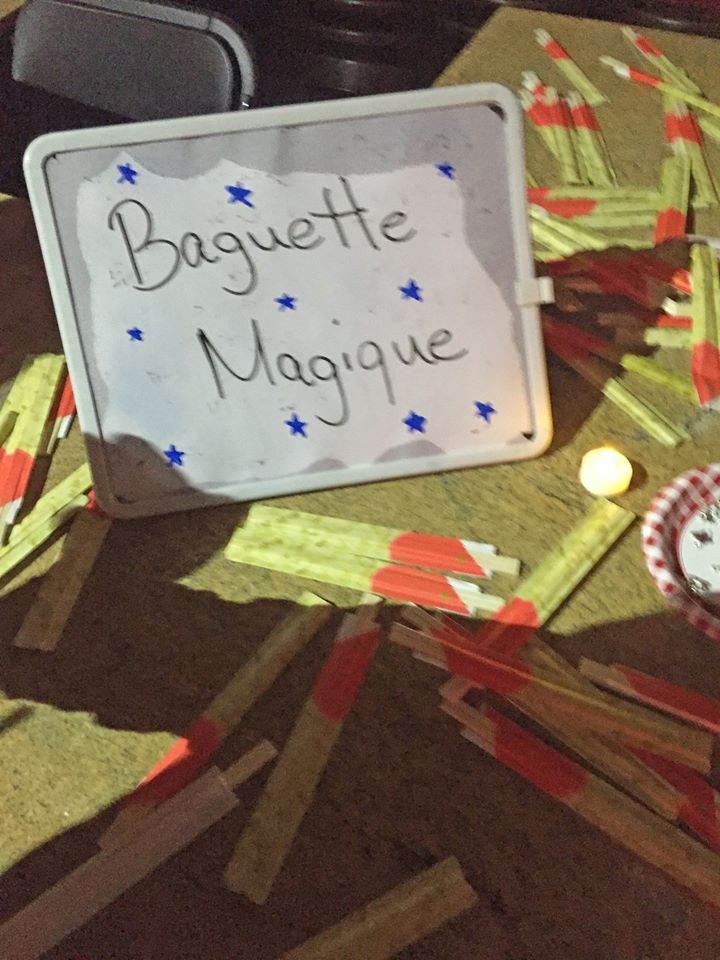 The event made headlines as far away as the UK and New Zealand for sparking outrage among Harry Potter fans. Many disgruntled attendees joined a Facebook group called Triché par / Cheated by LOL Event Group.

In a Yelp review, Smith-Connolly posted a screenshot of the event’s original description when she bought her ticket and the updated description organizers posted the week before — after the window for refunds had closed. 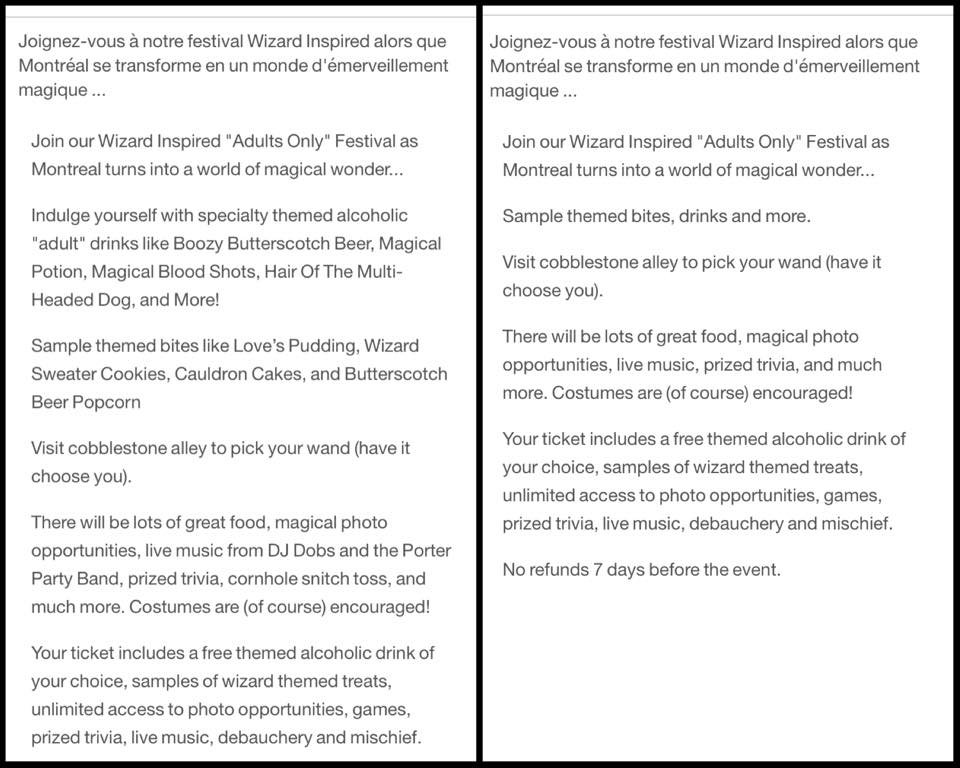 Daily Hive reached out to LOL Event Group for comment but has not yet heard back.

When Smith-Connolly contacted LOL Event Group directly to ask for a refund, she said they apologized the event was not up to her expectations.

She ended up disputing the ticket charge with PayPal, and has been told she’ll get her money back within 30 business days.

Lee Abrahams, from Chilliwack, was excited to attend LOL Event Group’s wizard-themed event in Vancouver on November 22, because she’s been a fan of the Harry Potter books since she was a child. She purchased three tickets.

But on November 5, organizers told her the event was cancelled because of venue issues.

Nearly a month later, Abrahams said she still doesn’t have her money back. She’s gone to Eventbrite and PayPal to ask for help, and said she briefly saw a pending refund for about $175 on her PayPal account. That has since vanished, and when she contacted PayPal, she was told LOL Event Group had cancelled the refund.

“It’s not like the people in Montreal, who are getting refunds for an event they went to,” she said. “Ours never manifested.”

Abrahams is still working with PayPal and hopes to get her money back.