Vancouver’s Loden Hotel has been named the #1 hotel in Western Canada by Condé Nast Traveler Magazine. Each year, the magazine polls its readers for their top picks in the world, and this year, The Loden, located on Melville St in Coal Harbour, earned the highest rating of any Canadian hotel, making The Loden to the 81st  highest rated hotel in the World, and the only hotel in Canada to be recognized with a “Top 100” distinction.

While I’ve eaten at Tableau Bistro (the Loden’s in-house restaurant) before, I’d never had the opportunity to stay at the hotel until last month, and it becomes obvious, quite quickly, why The Loden as earned such a prestigious distinction.

A boutique hotel located on a quiet street just blocks from the downtown core, the hotel is small, unique and incredibly cozy, with just 77 rooms. The hotel is also pet-friendly, if you happen to be travelling with your four-footed friend.

The experience starts with two massive, heavy, dark wooden doors that open onto a small, but well-appointed lobby. It’s cozy and dark, with couches and fireplaces, and the soft soundtrack playing in the background adds to the spa-like atmosphere. 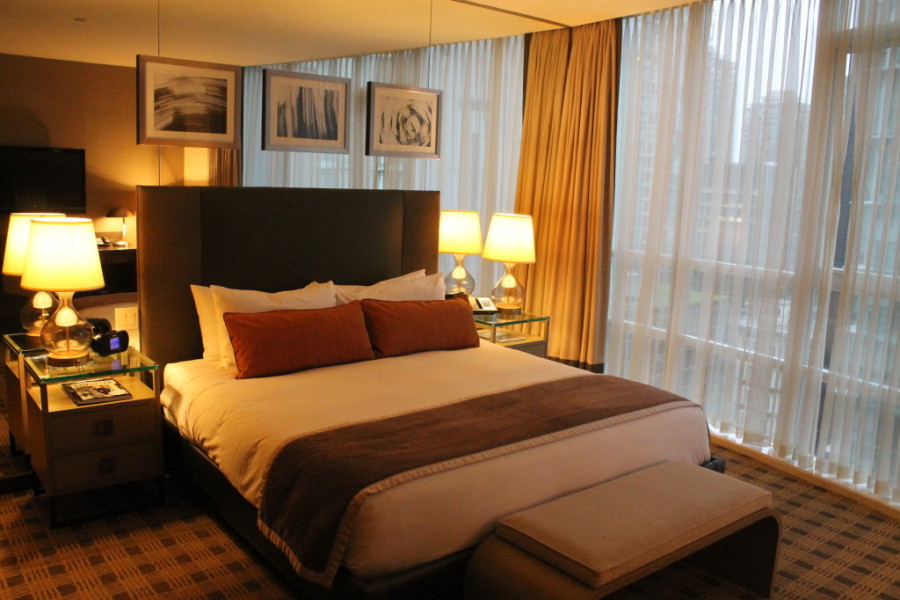 The rooms are unlike any hotel I’ve ever stayed at before. I am a huge fan of vintage, and the rooms are a mix of mid-century and contemporary furnishings. You’ll find a wingback chair upholstered in soft pink, accompanied by a mid-century modern floor lamp, contrasted with a sleek workstation in dark wood, which includes a very modern black television. The bed is huge, contemporary and comfortable, but there are touches of dark teak everywhere. It’s a combination that probably shouldn’t work, but it does, and the effect it creates is soothing and warm–like your own private oasis you’ll never want to leave. 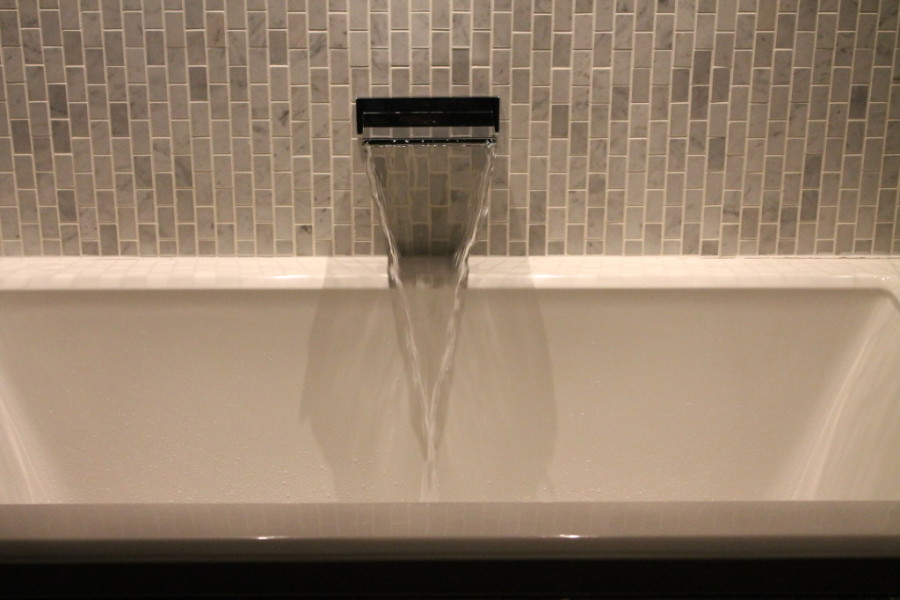 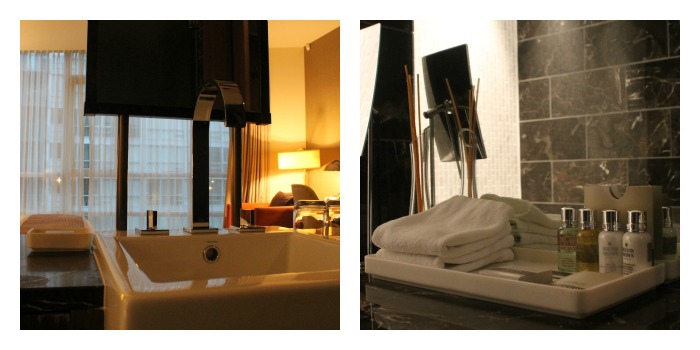 My favourite feature of the room, though (besides the bed, which I never wanted to leave) was the bathroom. This bathroom is well designed for both comfort and utility. The tub was deep, and featured a waterfall faucet and its own special lighting. There was a separate water closet and a separate shower, with a really lovely rain shower head. The bathroom had sliding panels that you could either keep open to let in light (and enjoy the view) or close for privacy.

For me, with any hotel, it’s the details that set it apart. Here, details included an electronic privacy control system (no more hanging cards on doorknobs), high-end toiletries and snuggly bathrobes, yoga mats and umbrellas (we are in Vancouver, after all), a Nespresso in the lobby, and really helpful, solicitous service.

The hotel also houses quite a large and well-appointed gym (for its size), a tiny spa, a business centre, meeting rooms, and an awe-inspiring penthouse that you can rent out for private parties. 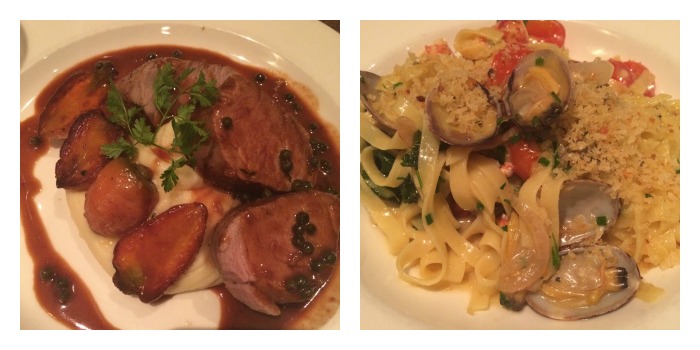 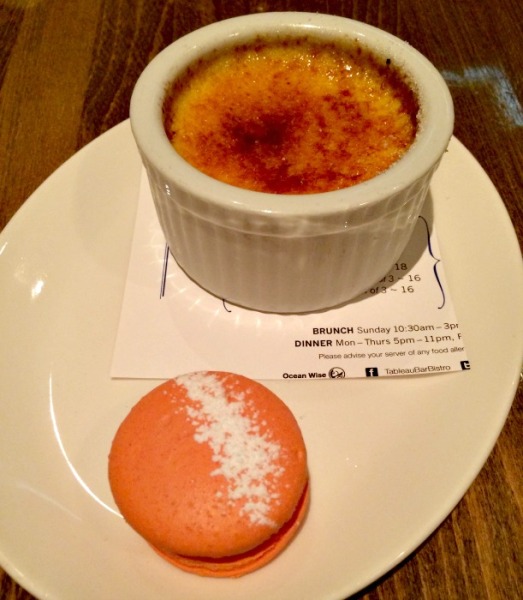 When you stay at the Loden, there are certainly no end of fine dining options nearby. But when in Rome… the only real choice is the Tableau Bistro. Tableau serves a classic French menu, with classic French service. Everything, from the cocktails through to the dessert (creme brûlée and macaron, bien sûr) was beautifully presented and tasted gorgeous.

A quick staycation overnight at The Loden Hotel is the ultimate cure for the rainy Vancouver winter blues. It would make a great option for celebrating a special occasion with your someone special. Lose yourself in The Loden’s warmth, and lose all your stresses and worries for a while.