The final corner of the Robson and Burrard intersection has now been staked as L’Occitane en Provence’s newest location.

Situated on the southwest corner of the intersection at 1000 Robson Street, the 4,000 square foot building and 1,000 square foot mezzanine was recently occupied by Bebe but will now be home to the French body, face and home retailer according to reports from Retail Insider.

This is likely well-received news for the L’Occitane Vancouver staff as they will now depart from their cramped location at 101-755 Burrard Street to their new space.

L’Occitane’s current – and much smaller – location on Burrard Street. 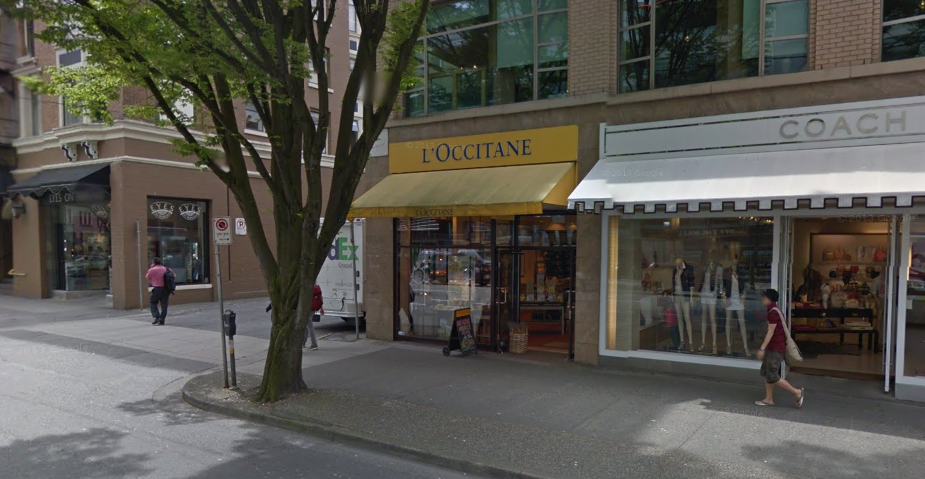 L’Occitane will only comprise part of the building’s 5,000 total square foot space with no word yet on what other retailers will complete the intersection’s growing shopping square.

Last year, the world’s second largest Victoria’ Secret opened at the former HMV space across the street. Construction is also underway on a new flagship Lululemon store on the southeast corner, and plans are also being created to renovate and expand the long-running Roots flagship store.