Crews with the City of Vancouver have lined a 200-metre stretch of Locarno Beach with tens of thousands of sandbags to prevent low-lying homes from being flooded by record high king tides beginning this week.

The two-foot high wall of sandbags lines Northwest Marine Drive from Trimble to Tolmie streets. It acts as a preventative measure in the event that high tides coincide with storm surges, which was the case last year in False Creek, Stanley Park, and English Bay when parts of the seawall flooded.

This winter’s high tide is expected to reach a peak height of 4.9 metres, and will hit on November 28 and 29, and December 27. The sandbags will remain in the area until January.

Sandbagging has become an annual occurrence in the area after 2012 when a 5.5-metre-high king tide caused a large swath of Locarno Beach to flood, nearly spilling over onto the road and flooding homes. Ocean waters flooded the beach and the Park Board’s concession stand building.

A long-term solution for the area’s king tide flood risk could be built as early next year. This includes building a dike by raising the gravel path by the beach, raising the sidewalk along the road, or even raising the stretch of Northwest Marine Drive.

King tides occur when the combined gravitational forces of the moon, sun, and the Earth’s rotation cause more water movement across the planet’s surface.

Locarno Beach is located between Jericho Beach and Spanish Banks. 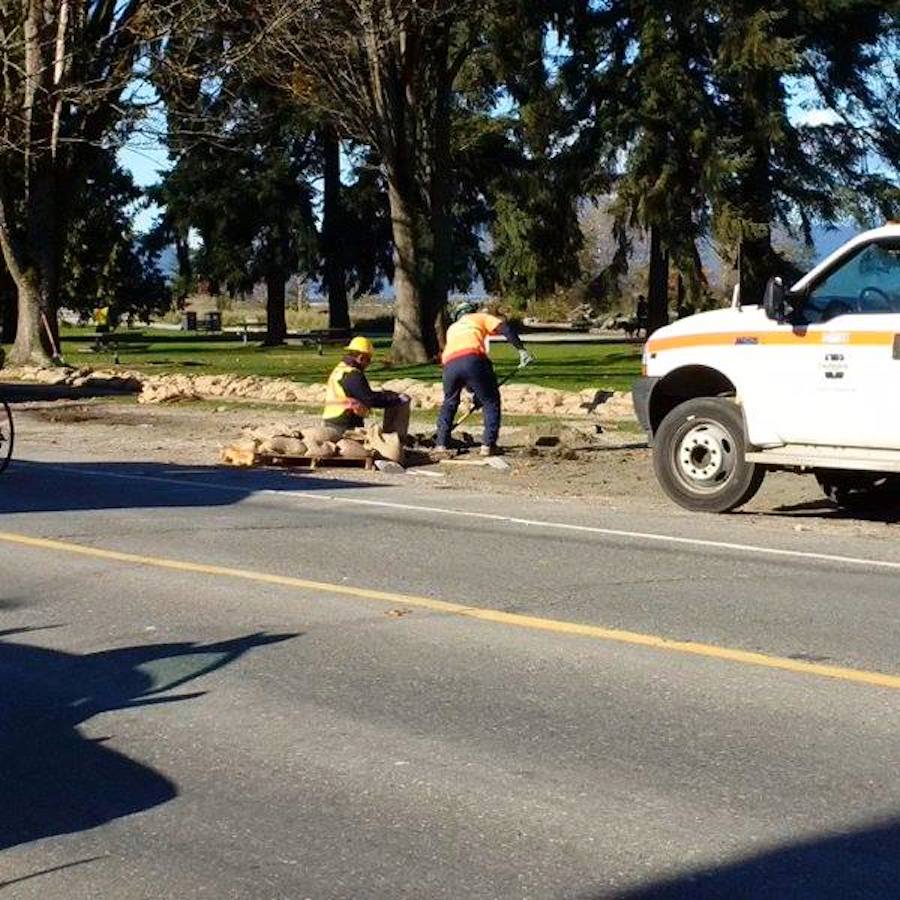