A Burnaby singer has landed a pretty amazing gig.

Marie Hui, was recently chosen to preform the Canadian and American anthems at the Seattle Seahawks’ Super Bowl rematch with the Denver Broncos at CenturyLink Field on September 21.

Hui, who is also the official anthem singer for the Vancouver Whitecaps, gained notoriety in Seattle during the Seahawks’ playoff run. Hui parodied Katy Perry’s hit song “Roar”, calling her own version of the song “Soar” as a way to support the Seahawks on their journey to Superbowl victory.

The song was viewed over 150,000 times on YouTube. It gained the attention of organizers of the 12 North Tour who put together a celebration for the Seahawks every year in Vancouver. Hui was asked to perform the anthems before the event’s celebrity football game. Her talent paid off and the promoters asked her to be the anthem singer for the Seahawks’ rematch game against the Broncos.

Hui often collaborates with fellow musicians Clayton Imoo and Arielle Tuliao. You may also recognize Marie from her John Tortorella and Roberto Luongo musical tributes where Imoo joins her on keyboard.

The rematch game between last year’s Superbowl contenders is expected to be one of the most popular games to watch in the opening season. Furthermore, it will be the only game that the Canadian anthem is preformed at as the Seahawks’ organization is holding a special Canadian fan appreciation night. The crowd at CenturyLink Field is estimated to be at 67,000 people. With her expertise and amazing vocals, there is no doubt that Hui will be able to handle the crowd.

Vancity Buzz caught up with Marie to ask her a few questions about the amazing opportunity.

VCB: What was your reaction when you found out you would be singing the Canadian anthem at the game?

MH: Pure elation! Heart rate increased, sweaty palms, and the inability to keep my voice down at my office. Everyone knew within a few minutes after I accepted the gig through email. I was literally on cloud nine, and still am. The love and support from people on Twitter and friends on Facebook have been incredible. Reading all those tweets from people I’ve never met before literally made me tear up. I feel all the love, and I appreciate it from the bottom of my heart. I just hope that I’ll make all my fellow Canadians proud!

VCB: You have done great parodies of songs for the Canucks and the Seahawks. Do you write these songs yourself?

MH: Thank you! My good friend Clayton Imoo (claytonimoo.com) is the mastermind behind these videos. He’s been creating videos, whether parodies or video blogs for years now, and a few years ago, asked me to lend my voice on one of his parodies. Eight videos later, here we are. We’re planning on doing a video for the Whitecaps and their quest for the championship soon. Stay tuned.

VCB: What other endeavours are you working on?

MH: In addition to anthem singing, I lead a few local bands, including an original project. We’re called LeftCoast, and our style is funk, R&B with jazz influences. Our website is leftcoastgroup.com, and we’re performing at the Fairmont Pacific Rim on Friday September 12. 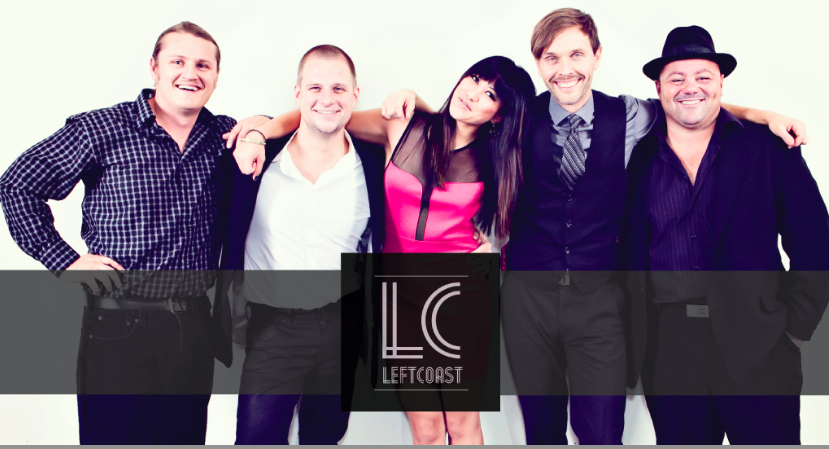 Don’t forget to support Marie and tune into the Seahawks’ game on September 21, to hear her make Canada proud! Be sure to check her out at mariehui.com and follow her on Twitter at @mariehui to keep up with all her future singing ventures!