Could there be a water shortage in Metro Vancouver this summer due to a low mountain snowpack?

In late-February, the lack of any snowpack on the North Shore mountains was not a cause for concern for water infrastructure officials at the Metro Vancouver Regional District.

“February, March and even into April are traditionally periods of heavy snowfall in our local mountains so we could have months of winter ahead,” Marilyn Towill, the Division Manager of Water Services Transmission Operations for Metro Vancouver, told Vancity Buzz in February.

There are now renewed public concerns over water supplies with reports that mountain snowpack levels on the South Coast are just 13 per cent of what they should be at this time of year.

“Overall we’ve seen decline in the snow basin indices for much of the province and in particular for the southwest of the province,” Tobi Gardner, Water Resources Scientist with the B.C. government, told CKNW.

The mountain snowpack acts like a sponge that slowly releases water into the reservoirs in the spring and summer months. This adds to the runoff that comes from rainfall.

Of course, the lack of snowfall also put an early end to the 2014-15 ski season on the North Shore mountains. 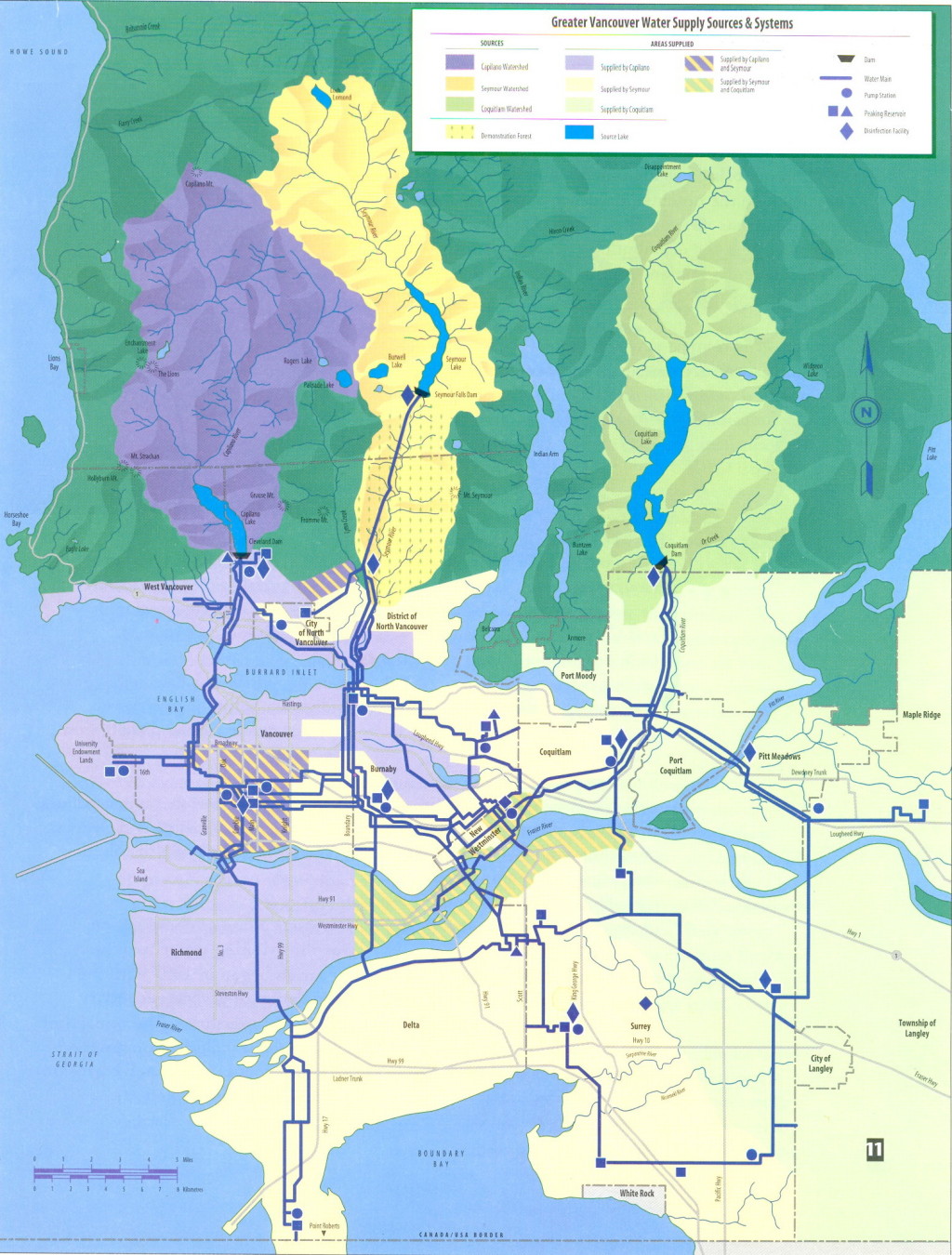 Image: Metro Vancouver (note: this map does not include the recently built Seymour-Capilano filtration systems)