Jim Deva of Little Sister’s Book & Art Emporium was a well-known figure in Vancouver’s LGBT community. Deva, 65, died Sunday following a fall from a ladder at his home.

The sudden death was reported on the Little Sister’s Facebook page:

We are beyond saddened to report the unexpected loss today of the legendary and beloved co-admiral to our ship. In a freak accident we lost Jim Deva today. Our condolences to his partner Bruce and the many, many people whose lives Jim has touched in the 30+ years of the store’s existence.

Deva and Litte Sister’s were at the forefront of a Supreme Court battle several years ago, over the right to sell LGBT-centered publications. “In the late 1980s, Deva, along with partner Bruce Smyth and store manager Janine Fuller, took Canada Customs, now the Canada Border Services Agency, to court after the federal agency detained imported gay and lesbian books and magazines it considered obscene,” explained The Province. 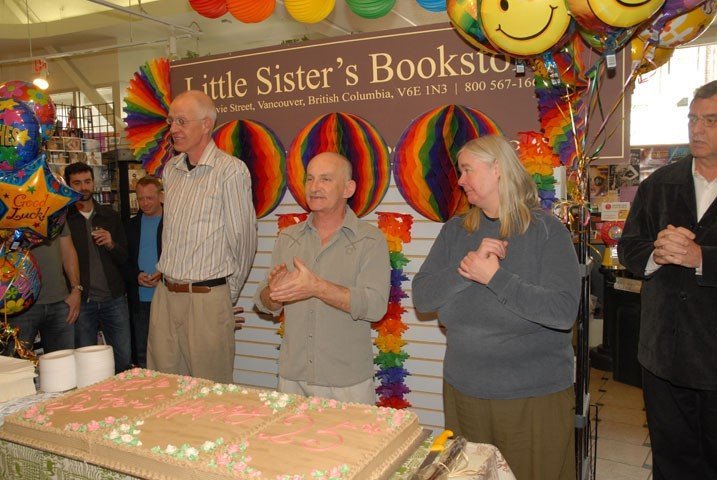 The store was ultimately victorious. In 2005 the Supreme Court ruled in favour of Little Sister’s.

Deva is being remembered fondly by members of the community and the many others whose lives he impacted.