In keeping with the spirit of giving this holiday season a group of local food companies have banded together to show their support for the children of DTES.

Kits Kitchen, The Juice Truck, The Juicery Co and Nectar Juicery, who are all in the business of feeding people–and are known for creating nutrient-dense juices, or, in the case of Kits Kitchen, soups–will join forces to raise much-needed funds for those who reside in the Downtown Eastside, namely, the inner city kids and their families who belong to the Strathcona Community.

Despite being in direct competition with one another, these four locally-based companies will partner up for a charitable venture, where 100 per cent of proceeds will be donated to Strathcona Community Centre’s Backpack Program led by Ron Suzuki. Specifically, proceeds will support the after school healthy snack program which feeds more than 200 children per day. 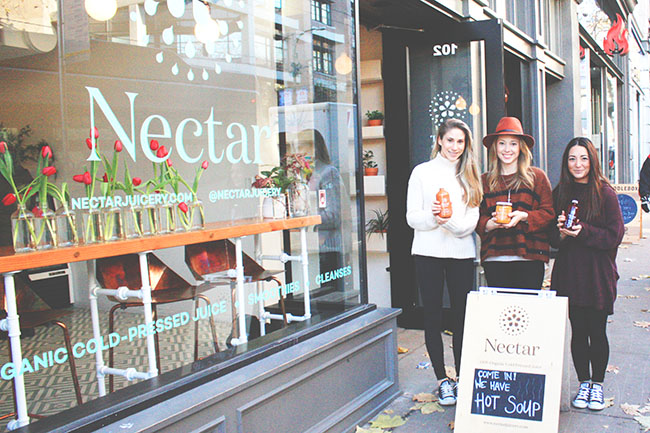 To drive donations, on December 10 hot Kits Kitchen soup will be sold at The Juice Truck (both on the truck and at the retail store), The Juicery Co (all three locations), and Nectar Juicery (located in Gastown).

On the menu: small-batch Butternut Squash and Ginger soup, made by the girls of Kits Kitchen. The suggested donation for a bowl of soup, which is made with all-organic, locally-sourced ingredients, and is wheat-free, dairy-free and vegan, is $4. Soup will be served all day during regular store hours.