Innovation is a key component in healthy, growing industries. But what counts as real innovation?

“People normally think of fabric as an apparel but ours go well beyond that. We’re really an innovator – that’s the core of our business. We try to innovate a new product and then try to figure out how to use it and sometimes the uses are even a surprise to us.”

Bill Gardiner is the Executive Vice President of Garmatex, a B.C.-based fabric technology firm, that holds innovation paramount. He says innovation isn’t what many people think.

Often, traditional corporate marketing means products are developed and a use for them determined, then they’re marketed according to that use. But, according to Gardiner, “That’s only part of it because even we don’t know all the uses for [a product]. And we try to find disruptive uses.”

Innovation can be seen in one of Garmatex’s products is SteelSkin – threads of steel encased in polyester that can then be knitted into fabric. Their original idea for the material was to create sliding shorts for baseball players, to protect the outside of the thigh when players are sliding into base. They’ve since been approached by a man interested in using it as a building material. 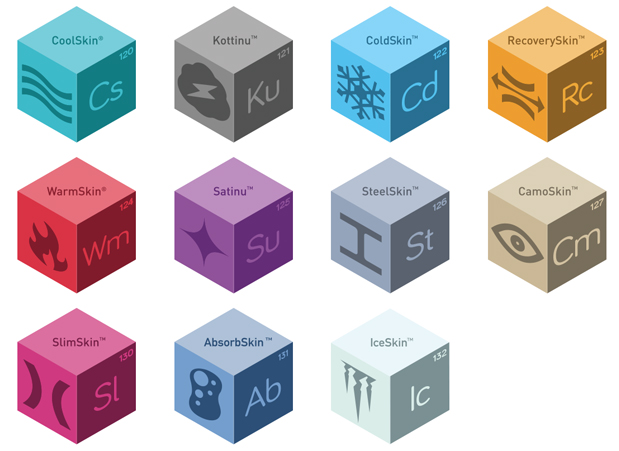 “Innovation comes from testing doing it over and over again and taking out the negatives, the things that don’t work.”

One of Garmatex’s products, a cotton-like polyester fabric called Kottinu, took seven years to make from idea to marketable product. The original idea came from Garmatex’s Chief Innovation Officer, who wanted to create a moisture-wicking, anti-bacterial material for pyjamas. Unfortunately, although the prototypes did wick moisture and repel bacteria, they also pilled quite badly. Gardiner says a lot of time and effort had to be spent on figuring out how to stop the fabric from pilling. But it was worth it. Kottinu is now being used to make pyjamas, as designed, but it is also being produced for use in the medical industry, as sheets and scrubs.

Being innovative isn’t always easy. ”It’s hard for us to get people to think in a new way about a product,” Gardiner says. But he and Garmatex don’t see having to convince their audience of the need for their products as an insurmountable obstacle.

“I don’t think, when Apple invented the iPad, they went to anybody and asked.”

Gardiner says patience and perseverance are essential for those with the next big idea. “Never ever stop believing in what you do,” he says.

But finding a specific use for your new invention is also key. “Try to take your raw material to a product,” Gardiner advises. “Don’t just try to sell someone the raw material. “As a country, Canada has always been known for selling its raw materials and not its finished goods. We need to be able to create a more finished product with everything that we do.”