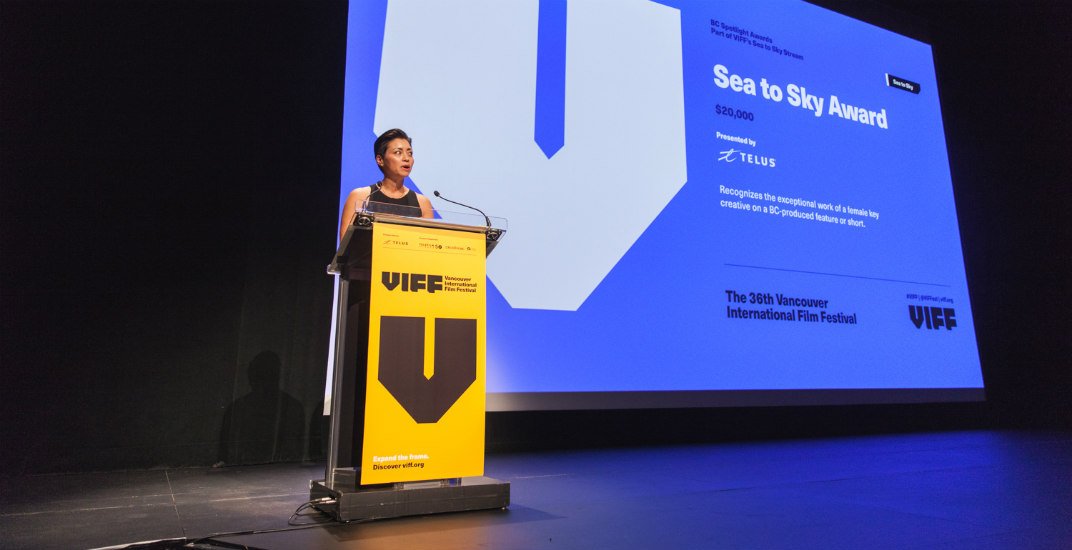 Local director Kathleen Hepburn was recognized for her outstanding work as a female key creative on a BC produced feature or short at the 2017 Vancouver International Film Festival (VIFF) last weekend.

Hepburn won the Sea to Sky Award presented by TELUS, and will receive a $20,000 award to be used towards her next production or for customized career training.

This is the second year TELUS has honoured the outstanding work of a female in the BC film industry (previously the Ignite Award). Kim Guise, director of content at TELUS, presented the award to Kathleen.

Kathleen’s feature Never Steady, Never Still, tells a story about a mother struggling with Parkinson’s as her teenage son tries to navigate his way through the challenges of growing up and becoming an adult. The emotive film was both written and directed by Kathleen. 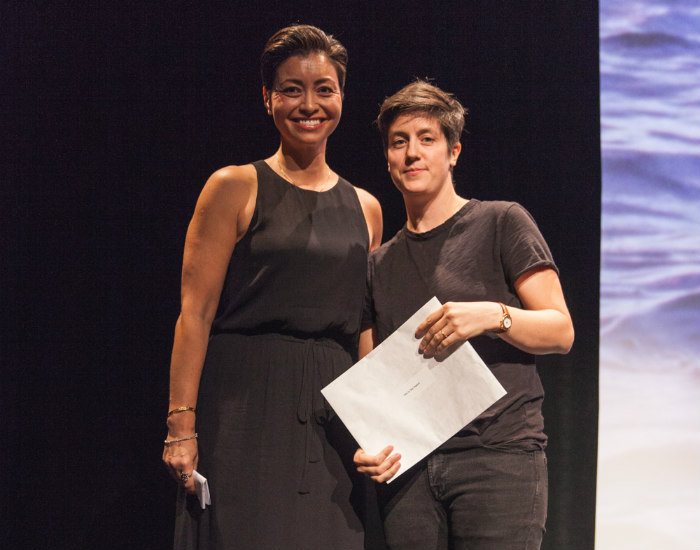 In recent years, awareness and concern about gender inequality in Canada’s screen industries has grown considerably. However, the most up to date set of data from the National Film Board of Canada has found that as recently as 2014:

It’s an important reminder that women in film need to be recognized and that there needs to be measurable and sustainable strategies in place to ensure all women are given equal opportunities to succeed in the creative industry.

STORYHIVE, TELUS’ community powered funding program for content creators and screen based storytellers, had its first dedicated edition to women in film last year. This Edition was the most successful STORYHIVE edition to date – garnering the most votes and views on final content than any other Edition. The program has now made it mandatory for all submissions to have a self-identified female in a key creative role. This illustrates STORYHIVE’s long term commitment to support female creators in Western Canada.

The Sea to Sky Award and programs such as STORYHIVE are examples of how the industry can begin to move the dial on gender parity and create equal opportunities for all.

For more information, check out STORYHIVE’s FAQ online. To get the latest updates and to stay in the know visit STORYHIVE on Twitter, Facebook, and Instagram.