TapSnap Vancouver and TapSnap 1128 is inviting the public to vote for charities and non-profits in its online contest, TapSnap Van Gives Back.

Running until May 30, the initiative was spearheaded by the two local Vancouver-based photo booth and event entertainment companies. The top three charities or non-profit organizations with the highest votes will each win a Photo Entertainment Package, each valued up to $5000, for their events taking place in Greater Vancouver, or Whistler.

“TapSnap Van Gives Back is more than just a contest. It’s a way of bringing our community together to support a really great cause,” says Claire Nagle, owner of TapSnap Vancouver.

Voting is only open to Canadian residents, with the exception of those from Quebec. To vote for any of these charities or non-profit organizations, please visit the TapSnap Van Gives back Contest online.

TapSnap was designed to reinvent traditional photo booths for the social media era. Its photo booths have no walls, no ceilings, and creative limits. Using an interactive touch screen, users can experiment with props, choose a background, and instantly share their pictures on social media.

TapSnap Vancouver plays an integral role in the Greater Vancouver’s events industry, servicing events like the Squamish Valley Music Festival, Cocktails with the Canucks, the United Way Spirit Awards, Downtown Vancouver’s New Year’s Eve, and much more. Started in 2012, it has over 160 franchisees across North America and around the world. 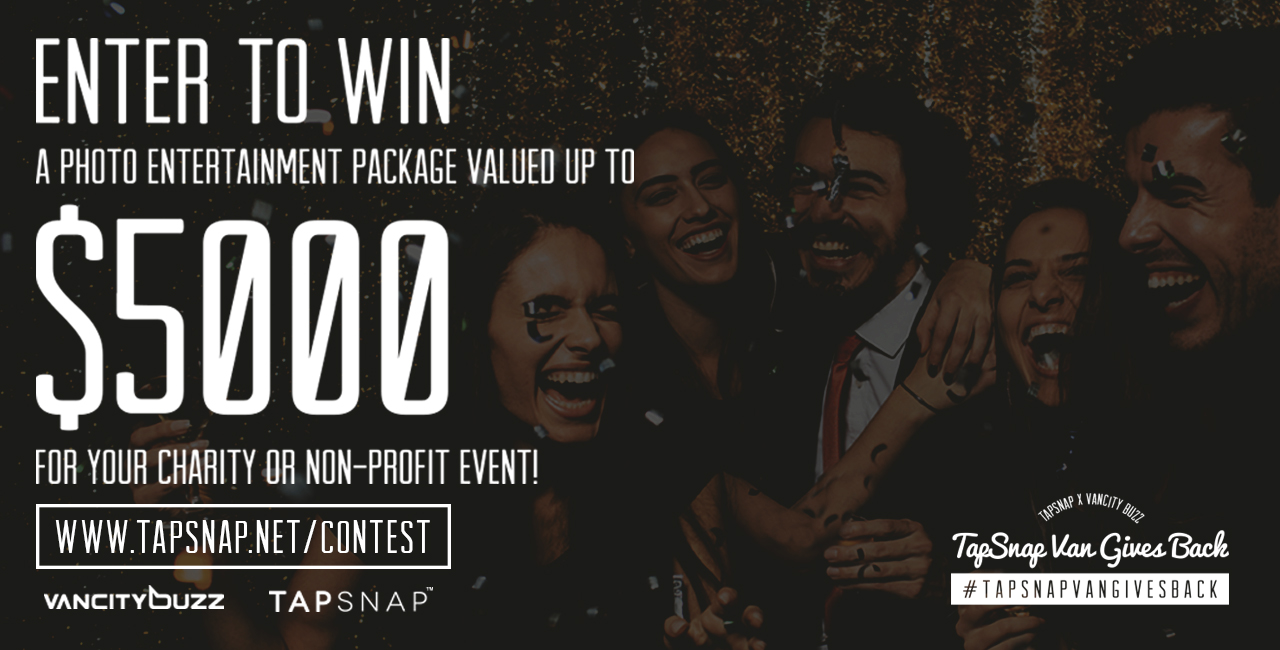