If it wasn’t for a single act of courage, the girls of The Katherines may have never known life as it is now.

Front-woman Kate Kurdyak, her sister Lauren Kurdyak, and life-long friend Kaitlyn Hansen-Boucher are fairly green to the pop music scene. Together, The Katherines are slowly enthralling the genre and giving it an edgy new look.

With the help of 604Records, the women are emerging strong and sure, a triumph for the usually tumultuous nature of one’s early 20s (Lauren, the youngest member, having just turned 18). “Katherine,” from which the group’s name is based, is more of a concept that embodies their creativity as they change and evolve. She is, in a sense, the women they all strive to be.

Kate started writing music when she was 12, but all three studied classical music as kids: playing violin and piano, singing in choirs, and taking music lessons. “Then I fell in love with boys who played guitar, so I learned how to play guitar and really fell in love with the whole singer/songwriter thing,” says Kate.

Add in the sultry voices of Lauren Kurdyak and Hansen-Boucher, and the group’s harmony carries a distinct tone that is both sweet and eerie. “When you make art, you just hope that you can get it to lots of people and it will mean something to someone,” says Kate. With songs that draw influence from rock, R&B, and dance, combined with relatable themes and clever lyrics – the connection she hopes for is entirely possible.

“Even if the song doesn’t have great depths, it still can be something relatable,” adds Kaitlyn. “You can take pop to another level – take Michael Jackson for instance – no one talks about his songs being airy and fluffy. We want to push the envelope too.” 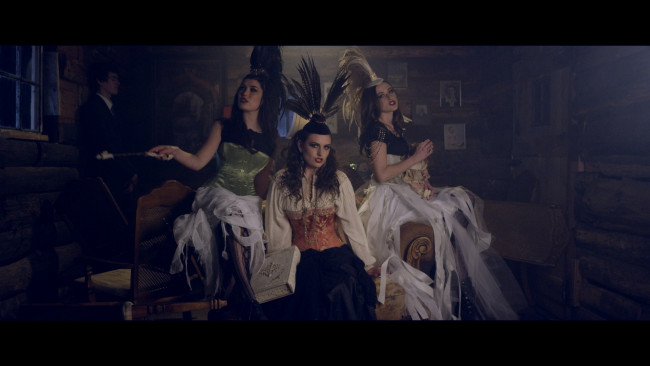 If the aim of their new album To Bring You My Heart is to do just that, then their song “Primitive” seals the deal. The video for the aforementioned tune has the girls eating meat with their bare hands and creepily traipsing through a foggy forest. Paired with these captivating visuals, the lyrics, which mull over the state of modern men, seem longing and substantial.

“The industry is so different than what I imagined it to be,” says Kaitlyn. “It’s true that the more you put in, the more you get out.” 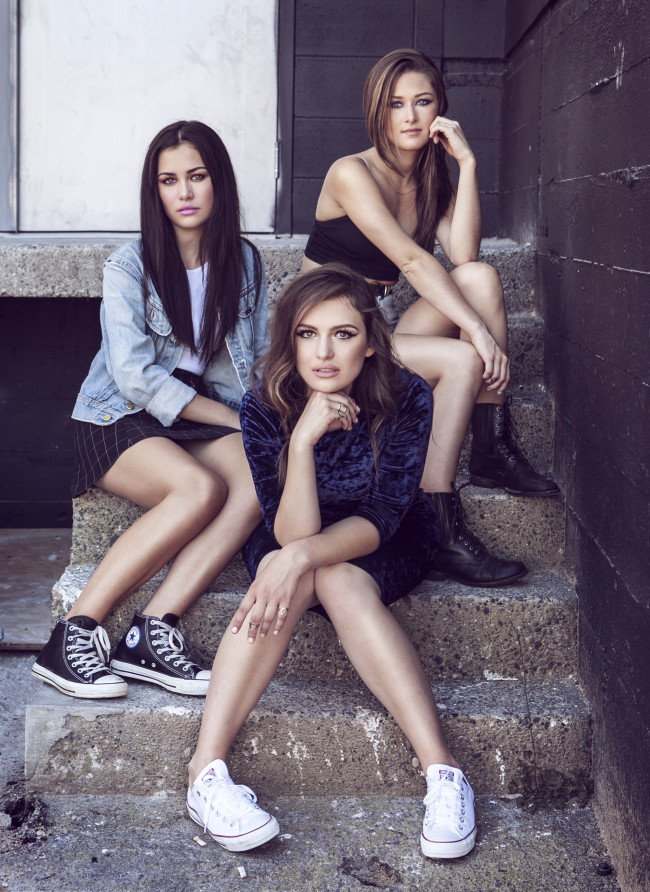 The Katherines often speak of moments; those that define us and those that pass us by. Their careers could have easily never begun at all had it not been for just that – a moment.

Before they were The Katherines, they were three girls on seemingly diverging paths. Then came B.C.’s Best Teen Band contest, which Kate initially entered as a solo artist. She made the Top 3, but for the live performance she had to form a band.

That’s when their paths as individuals began to shift and teeter on the decision of another. First Kate asked her sister Lauren, who, reluctant at first finally agreed to join.

Then there was Kaitlyn. “She was way cooler than me,” admits Kate. “And I was super dweeby, so for me to go over and ask her to be part of the band, it was a big deal. I was really nervous.” But she did it. She found the courage to ask and that moment ultimately bound them together.

Instead of wondering, they know for certain that their journey together has only just begun.

Watch Primitive by The Katherines