Local Apparel company “Lords of Gastown” has caught the eye of one of the most reputable international fashion, design and culture platforms, HYPEBEAST.com.

This is a big deal for any company. HYPEBEAST covers brands and collaborations by companies like Supreme, Bathing Ape, Stussy and Billionaire Boys Club, so when they shine the spotlight on you, people take notice. Another Vancouver based company that HYPEBEAST has also featured is Wings + Horns.

Representatives of HYPEBEAST recently visited the Lords compound in Railtown, to interview the founders, Tyler Hazelwood and Nik Dean. “The interviewer was interested in both the apparel line, and the recent collaboration between the Lords and Barnes Harley Davidson” stated Tyler.

“Barnes Harley has been a big supporter of us and our brand, and they approached us with the idea of collaborating on a custom 2014 Street Bob. The bike has gotten a ton of attention since it’s recent completion” stated Sean Young, who does marketing for the Lords.  “I was also really surprised that an outfit as large as HYPEBEAST even knows who “Lords of Gastown” are, but apparently a few of their staff have been following us on Instagram, and are really feeling our brand,” he went on to say.

The visit also included a photo-shoot that took place at the Lords compound, which has a store, bar and garage. “The photographer really wanted to get some outdoor shots with the bike, so we took them for a ride through Gastown, Railtown and Crab park” Nik said.  “It gave them a better feel of where the brand grew it’s roots” Nik said. 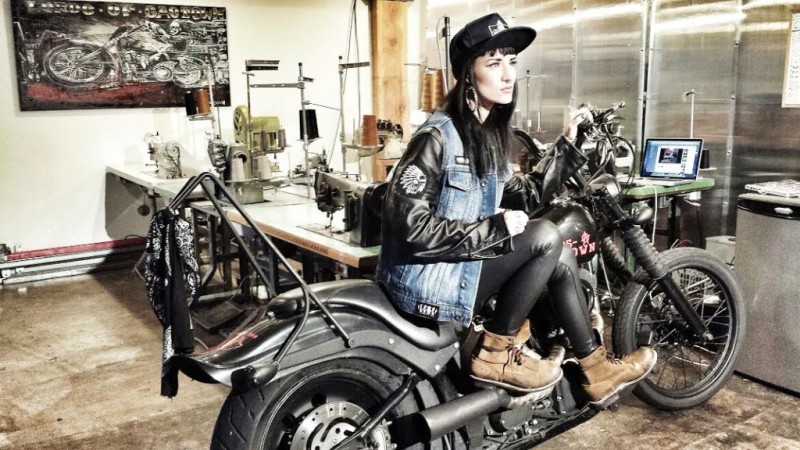 The Lords of Gastown has a big year ahead, as they are currently in negotiations with several distributors, and have booming international online sales. “It always surprises me when we get orders from places like Japan, Spain and Germany” said Tyler. “We haven’t done any international marketing to date, so it’s just evidence that a brand can grow organically through word of mouth.

The Lords Flagship store is located on 49 Dunlevy ave, or you can find them online at www.LordsofGastown.com If you want to check them out, they are having a soft open of their brand new showroom on January 30th + 31st at the LGMC Compound at 49 Dunleavy, event info on facebook: http://ow.ly/sLZ2R