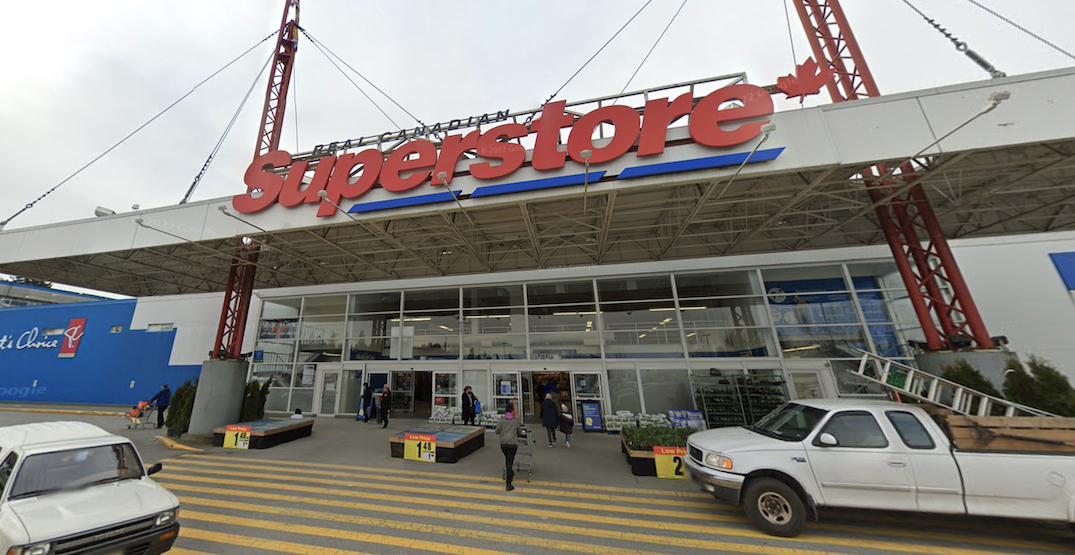 The exterior of the Loblaws Superstore location at the corner of Renfrew Street and Grandview Highway in East Vancouver. (Google Maps)

Workers at Loblaws Superstore and distribution centres in British Columbia have overwhelmingly voted in favour of a strike.

A bulletin issued late Wednesday afternoon by UFCW 247, the union representing thousands of workers across the province, indicated 97% of their members working for the supermarket chain approved proceeding with labour action.

“Thank you to all of you who have voted, every vote counts and your support for the strike mandate was a necessary to tell the Company that unless they bargain fairly, the employees could withdraw their labour. This is an important tool to push Loblaws to come back to the table and this strong mandate sends Loblaws a strong message about their last offer,” reads the bulletin.

“The strike vote saw a strong turnout from Loblaws union members across the province. We have notified the Company of the results and the pressure is now on the Company to return to the table.”

With workers voting to strike, the union can serve Loblaws with 72 hours notice of strike action. This ability is valid for three months after the vote.

A successful strike vote does not necessarily mean there will be labour action and impacts to store operations, but it provides the union leadership with the tool of the option of last resort.

Contract discussions have been underway since last year, with the union and company returning to the bargaining table this past March and April.

Earlier this month, workers also rejected a “memorandum of settlement’ with their employer by a vote of 78%.

According to the union, “it has been made abundantly clear that the current wage classifications are not working and that there is a high level of dissatisfaction from the membership.”

“This is a particularly challenging set of negotiations as we are not simply adding money to existing scales, but we are looking to completely revamp the scales and classifications.”

Within just the Lower Mainland of BC, there are 16 Superstore locations. Its distribution centre sites include Marine Drive in South Vancouver, Campbell Heights in Surrey, and Highway 7 in Pitt Meadows.

Loblaws, the largest food retailer in the country, has yet to comment on its next steps following the successful strike vote.

Early this month, the company stated it saw its first quarter profit increase by about 40% compared to last year, and its net earnings were up 17% to $460 million. Other Loblaws brands operating in BC include Shoppers Drug Mart, T&T Supermarket, No Frills, and Loblaws City Market.