Summer is nearly over; few weekends are left to create some unforgettable memories to dream about while you are back in class or at the office. You have no choice but to kill it every day you have left this summer, because before you know it kids will be going back to school crazy, the rain clouds will descend, and you’ll wish you embraced every moment of 20 degree weather that much harder. For some of you, that meant you made the drive out to Squamish for the Virgin Mobile LIVE at Squamish music festival this last weekend. For the rest of you, read on to see what you missed. 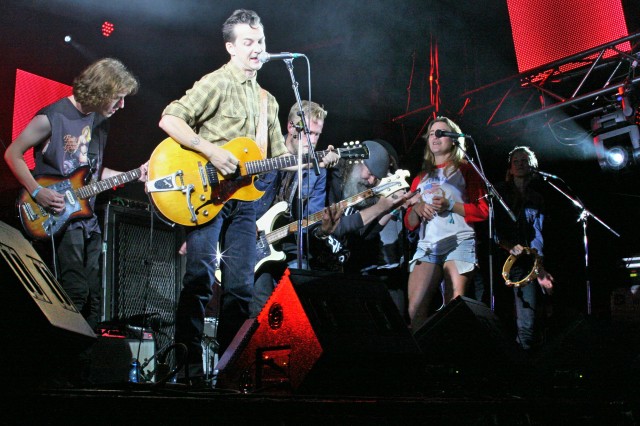 A hootenanny ho-down kicked off the festival Friday night to a small but lucky audience. The line-up was comprised of local blues rock bands Good for Grapes, No Sinner, Washboard Union, The Matinee, and Rich Hope. If you stuck around long enough to see the three-band blues-rock jam at the end of Rich Hope’s set you were surely not disappointed. Rich was joined by the lustrous Colleen Rennison of No sinner as well as members of Washboard Union in a truly vibrant kickoff to the festival. 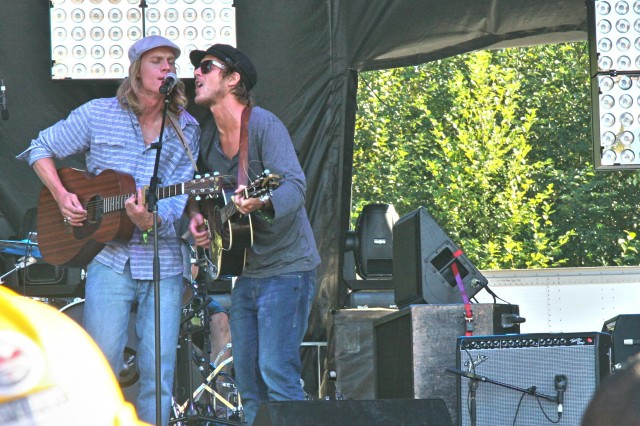 Victoria’s Current Swell opened up the day with some sweet summer surf rock bringing the island vibes all the way up to Squamish. As last years’ winners of the Peak Performance Project the band has accumulated a large local following, and drew big numbers opening up the main stage on Saturday. 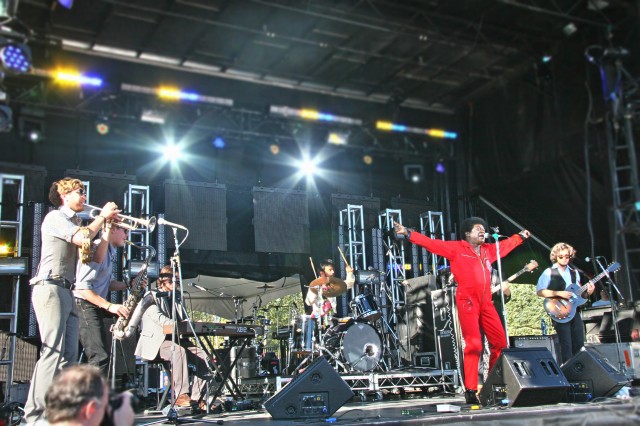 If you don’t know the story behind the 64-year old breakout artist Charles Bradley, spend a couple minutes on Wikipedia. His charismatic stage presence crawls up under your fingernails and wiggles its way into your soul. He sings with the passion and humility of only someone who has been struggling to make it for 50 years. The crowd ate it all up and he showed his gratitude, telling the audience “I love you, thank you for loving me.” 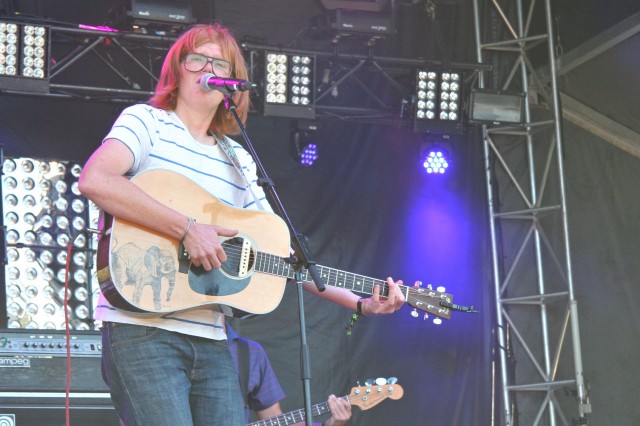 Brett Dennen played a to-be-expected set with generally tame and uninteresting songs but plugged up with a couple fan favorites that brought the crowd back to life like “Comeback Kid” and “Sydney, I’ll Come Running”. 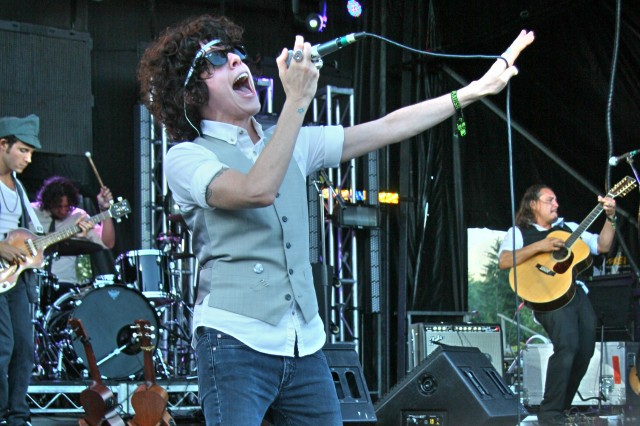 LP, another one of this year’s breakout artists, followed Charles Bradley on the Garibaldi stage with an equally exciting set. LP is a skinny white girl with a big fro and a rocker vibe. She wails on her ukulele and howls into the mic. She had the crowd singing along to her cover of Beyonce’s “Halo” and recent radio hit “Into The Wild”. 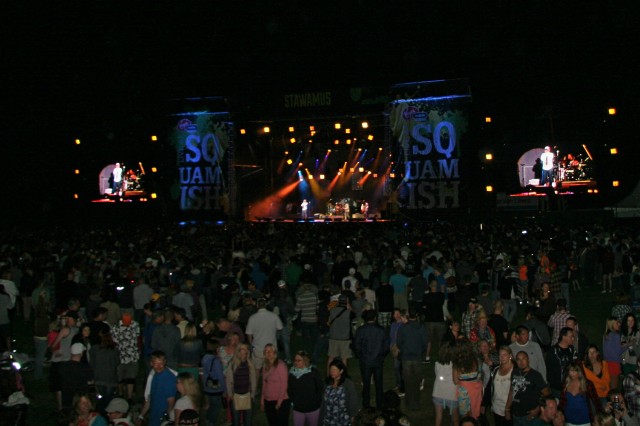 The Tragically Hip gave the young and old family-friendly festival goers hits from the past and present in their headline performance Saturday night. 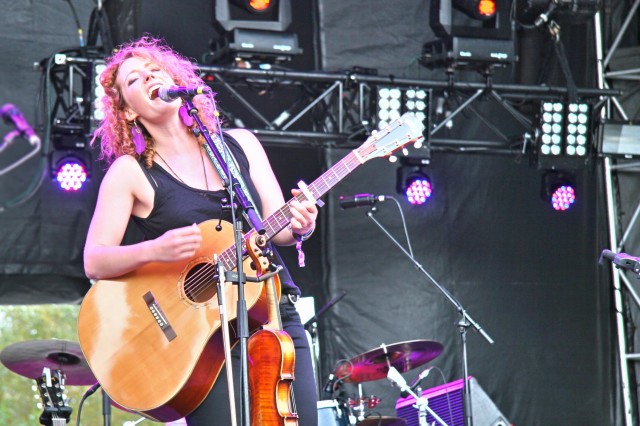 Ottawa’s spicy singer/songwriter Kathleen Edwards opened up the main stage Sunday with a no-holds barred comedic performance with profane language and lots of laughs. She made jokes about her keyboardist losing his luggage and a man in the crowd to take his shirt off, explaining that she has been celibate for a too long. She was joined by local pop singer Hannah Georgas on back up vocals, but Kathleen stole the stage with her curly ginger her blowing in the wind as she slayed the strings of her guitar and sang so sweetly into the microphone. Pulling out the fiddle for an enchanting intro to “Soft Place to Land”, she smoothly switches to electric guitar and ramps up the tempo before bringing it back down in a musical feat reminiscent of Feist or Florence Welch. 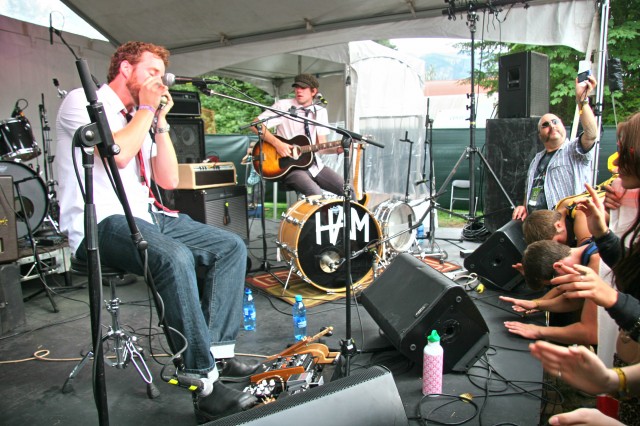 The meadow stage is the smallest stage onsite tucked away in between fences and food carts. Mid-afternoon Sunday, local bluegrass duo The Harpoonist and the Axe Murderer, packed the small stage for the most intimate and interactive set of the festival. Fans of all ages crammed tight to the front of the stage and danced like there was no tomorrow to the all-live, only guitar and harmonica, “no laptops or anything” performance. The humble band members were grateful for the lively crowd’s reception to their music and had no problem with fans slapping their hands on stage and adding to the funk of the music. Catch their next show for a good time September 20th at Red Room. 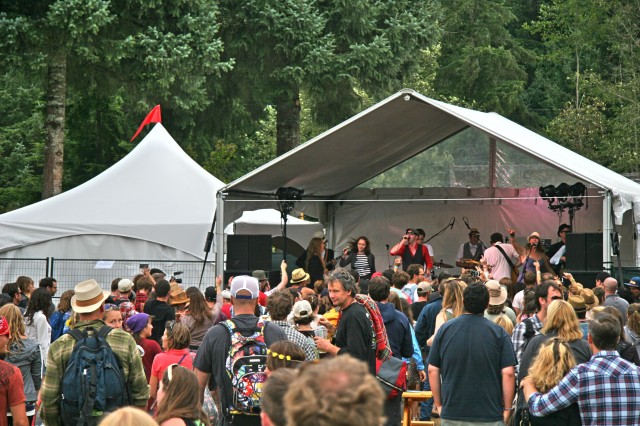 C.R. Avery is a musician that needs to be witnessed to understand what he is making happen out of his mouth. He beat boxes, sings and plays harmonica simultaneously. He had on some 80s-style boogie pants and when he brought the funk Sunday afternoon to the meadow stage the crowd sat silently in awe of the musical mastermind. As he sat down to play the keyboard he told the audience that he was going to mix up a DJ Shadow beat with an old Bob Dylan song. He did just that, playing it all live without any pre-recorded cuts all while beat boxing throughout the tune of “Maggie’s Farm”. Later he donned a banjo and was joined on stage by some backup vocalists and both the Harpoonist and the Axe Murderer; that had the crowd on their feet and wanting more as he closed down his set. 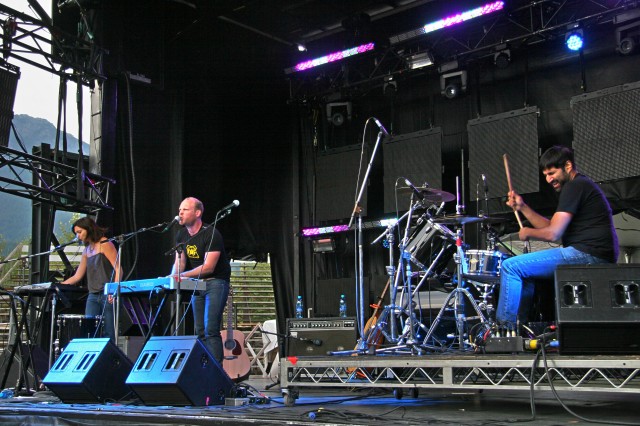 The Rural Alberta Advantage held off the rain under cloudy skies with a “disaster set” about a tornado in Edmonton and the rockslide in the town of Frank, AB. It was refreshing to hear songs about something other that cars, girls, and money. Lead singer and guitarist, Nils Edenloff blew the audience away with his Xavier Rudd-esque guitar tapping percussion. 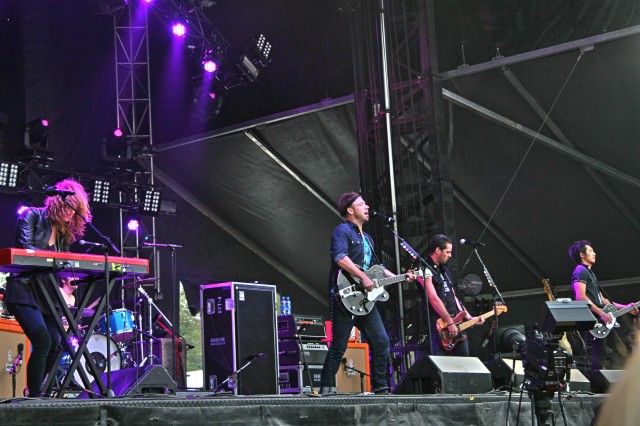 Meanwhile on the main stage the Airborne Toxic Event was heating thing up with song after song, and no breaks in between. They played a well planned high energy set, at times sounding like the Dropkick Murphy’s and at others sounding like Gaslight Anthem. As they broken into their hit “Changing” with lyrics, ‘All these buckets of rain’ the sun was just starting to set behind the massive coastal mountains and maybe a drop or two of rain fell but it was beautiful. In one of the only musical breaks, the American band introduced a punk-rock protest song against the American government for cutting funding to veterans which definitely had a few people nodding along in agreement. 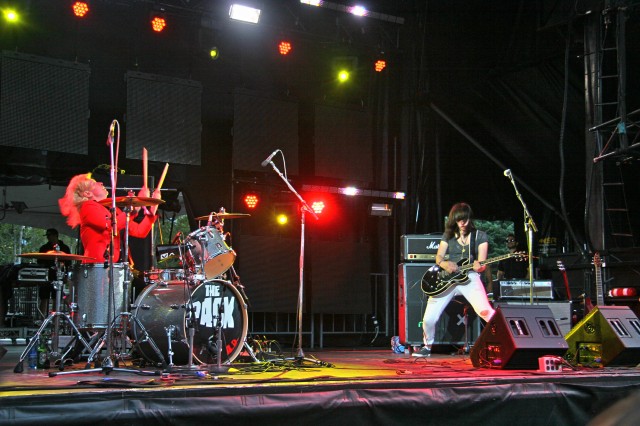 The Pack A.D. played a vigorous heavy-metal set at the Garibaldi stage but unfortunately not drawing much of a crowd. The local female duo rocked harder than any other band at the festival enticing at least 4 audience members to flail in a friendly mosh pit. 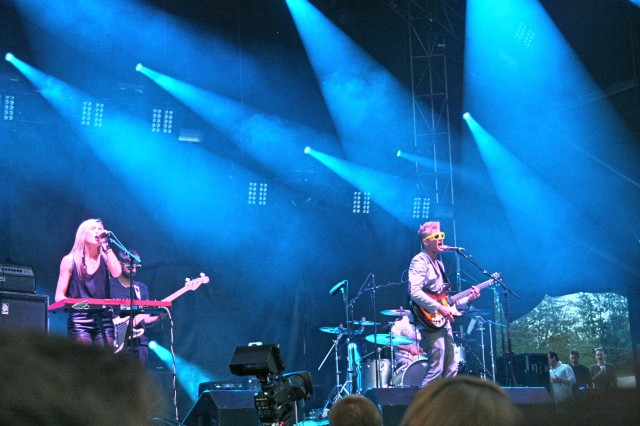 Mothermother was the last high energy act of the evening drawing a large crowd to the main stage. They played hit after hit and had the crowd jumping and crowd surfing, just trying to ring every last ounce of fun out of the festival. Eventually they toned it down preparing the crowd for the night’s headliners, City and Color. 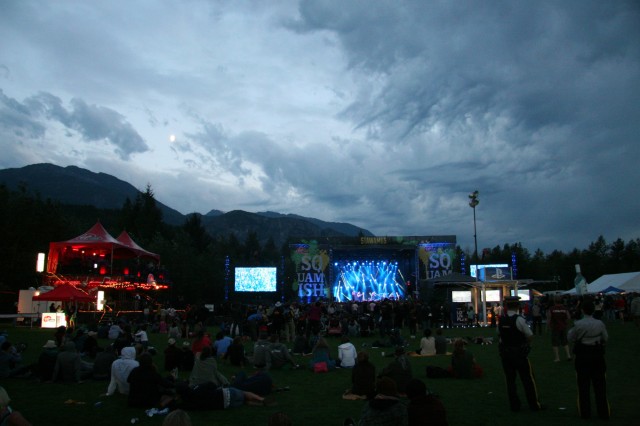 The moon became visible in the stormy skies and people lined the grass with blankets and settled down with somebody to cuddle with for the sweet love songs of Dallas Greene.

Photos and article by James Oborne