As I awoke to the sound of rain on my windowpanes this morning I couldn’t help but wonder if it was all a magnificent dream! The sun Gods were not just smiling, but positively beaming this weekend as the Live at Squamish, Festival went off, seemingly without a hitch. As I entered the arena on Saturday afternoon I felt as though I was entering a magical mystical wonderland of music. Where else in the world can you stand in a grassy green field, surrounded by snow capped peaks with the sun shining down on your smiling face while you are engulfed by the decibels of raw, live, rock and roll?

From the get go, the festival seemed to be firing on all cylinders. With an army of festival volunteers to keep the crowds all heading in the right direction, through parking lot arrival, to ticket check and beyond there was always someone just a few steps away to answer your questions and point you in the right direction. The selection of festival fodder to fill your hungry belly was definitely a cut above the rest and the lay out of the grounds was logical and simple. But let’s be honest; none of that was really what we were there for. The bass thumping, gut-grinding, pounding of the music was really what it was all about. And the festival provided that with aplomb! 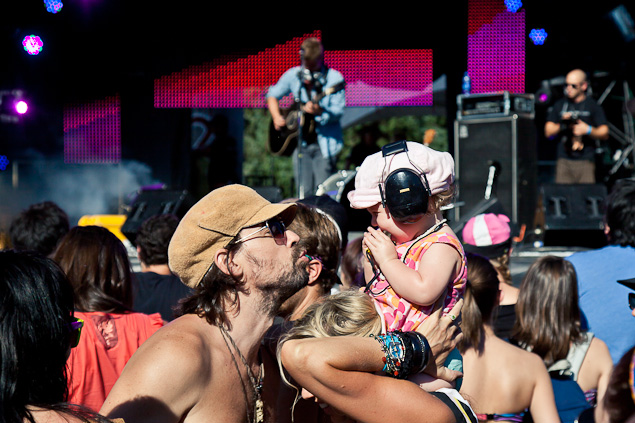 To be honest there were way too many memorable moments to mention in one overall review, aside from the random topless girl wandering around all weekend, who seemed blissfully unaware that this was a family event and the fabulous few who had got into the full festival spirit of things with crazy costumes that looked like a dry run for burning man – but I’ll try to mention some of the best. 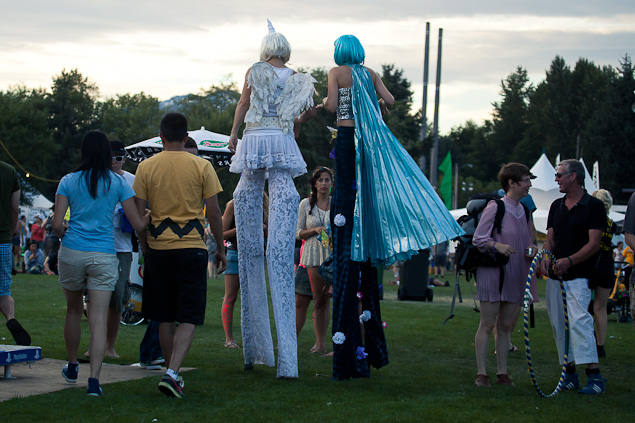 Day one was somewhat on the more mellow side, with a variety of funky and melodic musical options, which was a perfect way to kick things off. On the more intimate Garibaldi Stage the festival began with ‘The Proper Villains’, who did a great job of giving a wonderful warm welcome to festivalgoers. Opening the main stage was Vancouver favorites, ‘She stole my beer’, followed by ‘Sweet Thing’. In the mean time we nipped back to catch ‘act 2’ of Garibaldi and were delighted by the energetic and innovative Kim Churchill, who somehow filled the stage with his ‘one man band’ act in true Aussie style that left you wondering why you’d never heard his tunes before. This guy was definitely an early highlight for me.

‘Hey Ocean’ were utterly delightful as were ‘Stars’ while ‘Kyprios’ upped the energy with his usual funky blend of rap and song. He also took a moment to pay tribute to former Canuck player, Rick Rypien, who recently passed away. The next big highlight of Day one for me was the uber talented and super soulful ‘John Butler Trio’. For such a small band they sure made a mighty big sounds. Incredible talent from all three musicians combined to make an ensemble that took my breath away on more than one occasion. The stage then made way for the mad and frantic energy of none other than DJ sensation ‘Girl Talk’ who is known for his ingenious blend of old and new; throwing down mixes that are bound to appeal to any and all with a range of music from the 60’s through to the present day. The die-hard ‘festies’ finally got to end the night with DJ Donald Glaude at the Garibaldi stage – waving their glow sticks in time with the go-go dancers until the final curtain.

After a rambunctious end to day one, it was a welcome relief to be greeted at the gates of day 2 with a wonderfully ambient warm up set from Henry Mah, that slowly warmed us up like a mechanic greasing the wheels before the grand prix event.
When the live acts of day 2 began it was clear from the get-go that this was the day the soundboard would be getting a serious and wicked work out. Even openers ‘Brassstronaut’ were bringing it, at 3 in the afternoon with a set that made you want to stomp your feet and get it going on. Truly this was a day that was all about the rock and roll. From ‘The Zolas’ and ‘The Dudes’ all the way to ‘Metric’ and a phenomenal performance by the headlining act, ‘Weezer’, who gave us anthem after anthem, with a couple of covers thrown in for good measure to show their respect for some of their fellow music stars that have influenced their work – it was a none stop assault on the senses.

But for me, one of the most character filled performances came early in the day, when ‘Bend Sinister’ took the stage and rocked it out with humor, talent and a touch of funk that really made me smile……I mean, what’s not to love about a chubby guy, behind a keyboard in baby blue bootie shorts, a brightly colored tie die t-shirt with a head band from the 70’s who actually has a voice like a rock and roll angel.

Despite my frantic rushing from one stage to the other all weekend, in an attempt to miss nothing I had an amazing time at the festival. And I even managed, finally on day two, to catch the last performance from the talented and funny ‘spoken word’ poet, ‘Shane Koyczan’, who shared intimate moments from his life in a couple of humorous and yet deeply moving poems about the first experience of love, and the reality of being tormented and bullied as a child. What a moment of inspiration this was for the genius who came up with the idea of throwing Shane into the mix. Truly a brilliant addition to the line-up!

In conclusion, it was hard to believe that this was only Live at Squamish’s second attempt at what seems to me to have the makings of a world-class music festival. From start to finish, this was a polished event that truly had it all. I can’t wait to hear the announcement for next year’s line-up and do it all again……. 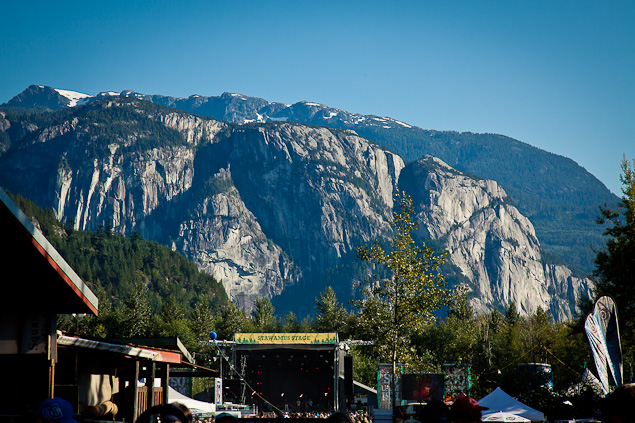 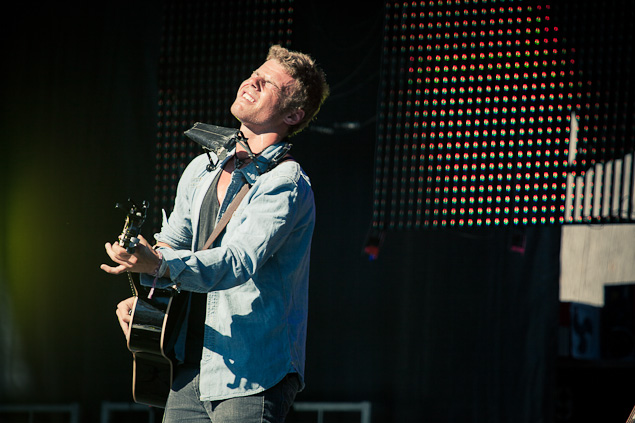 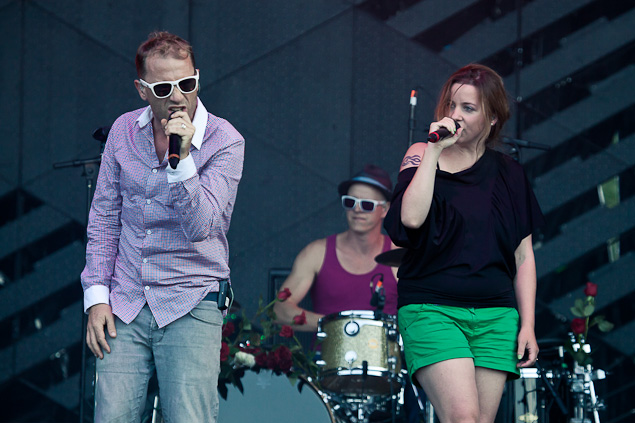 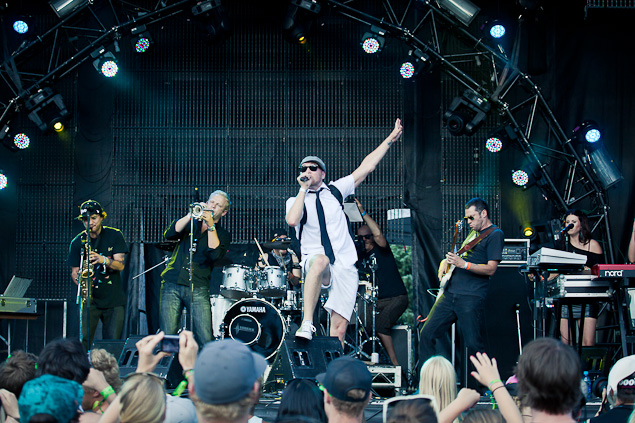 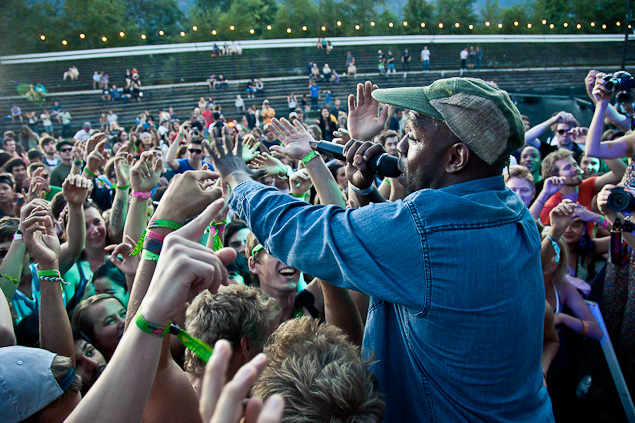 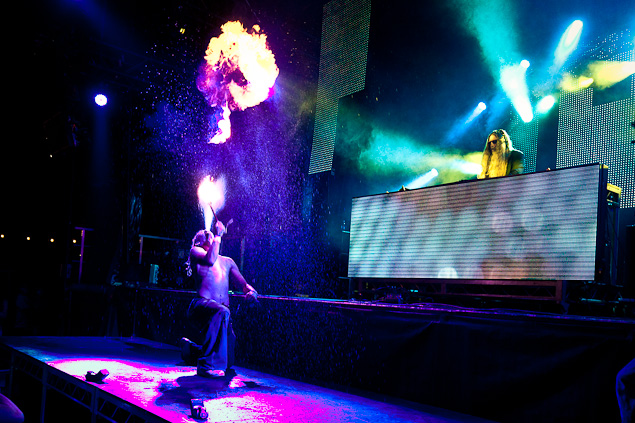 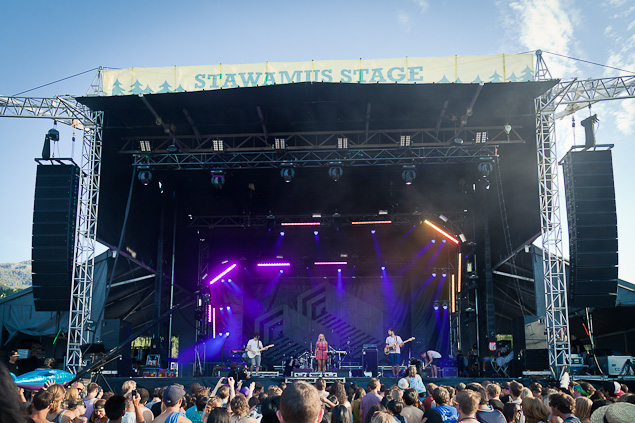 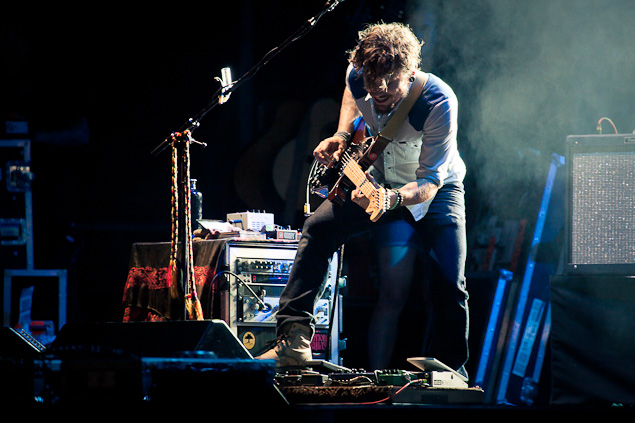 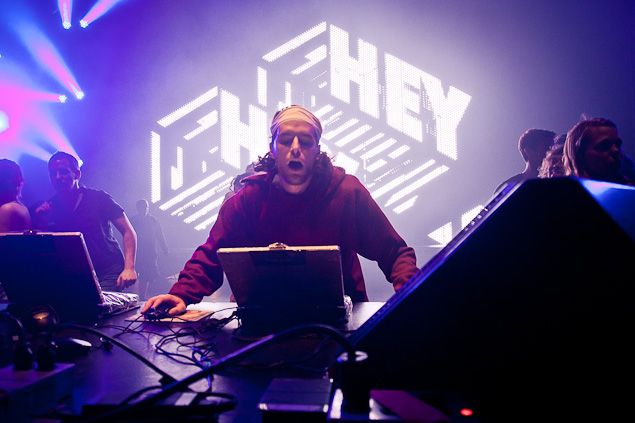 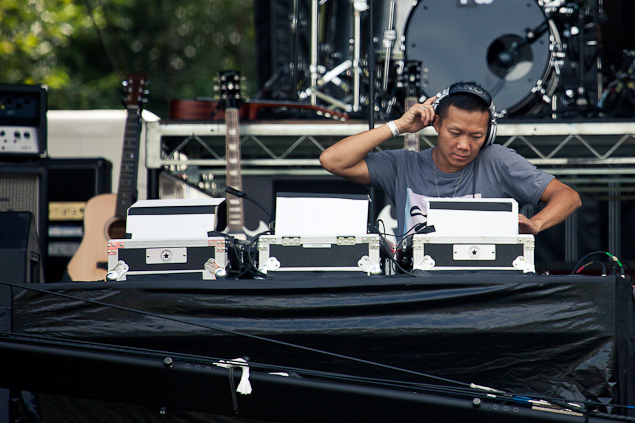 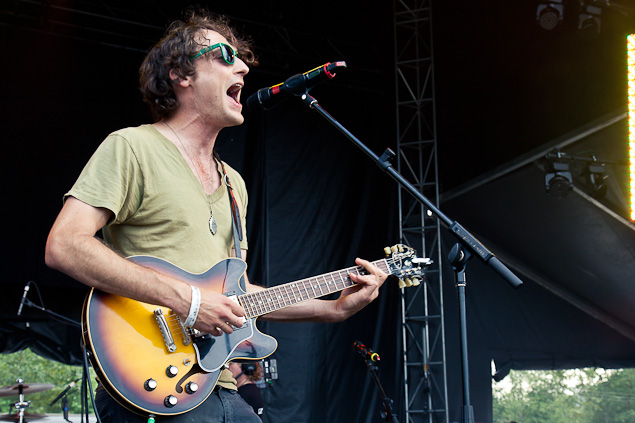 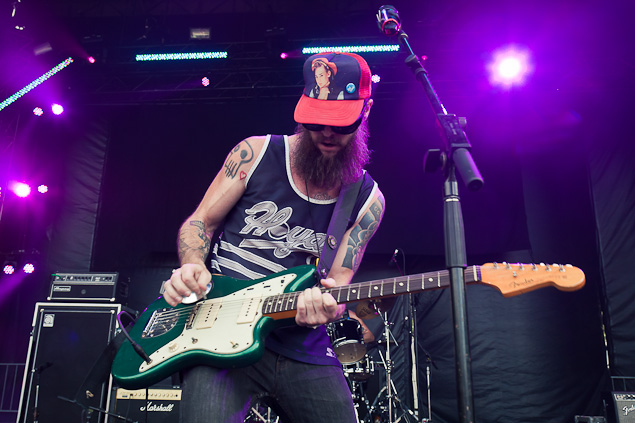 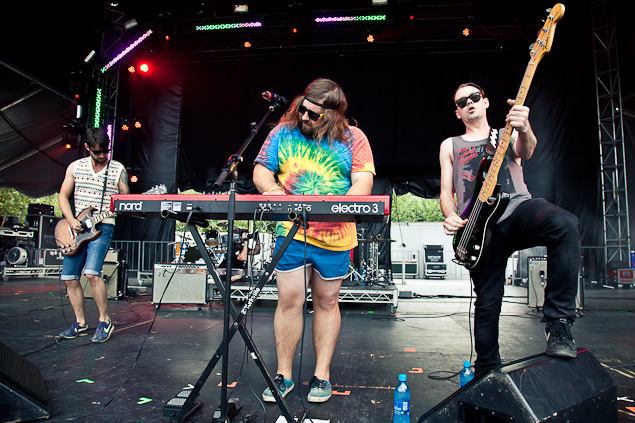 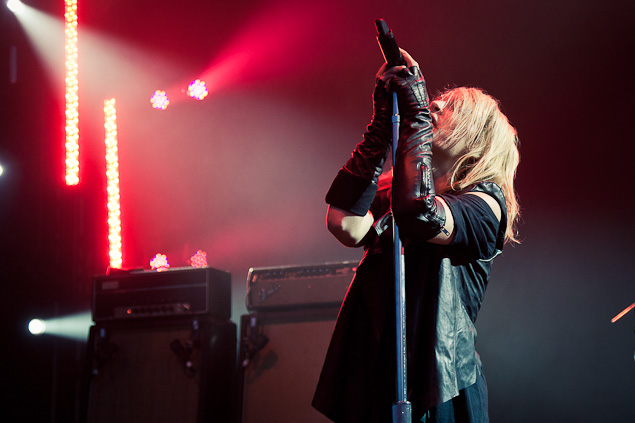 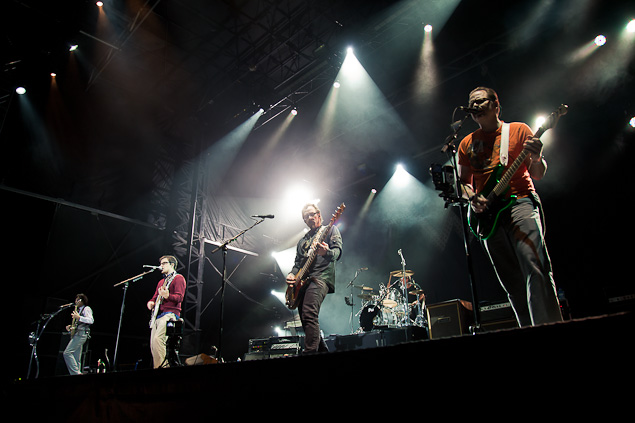 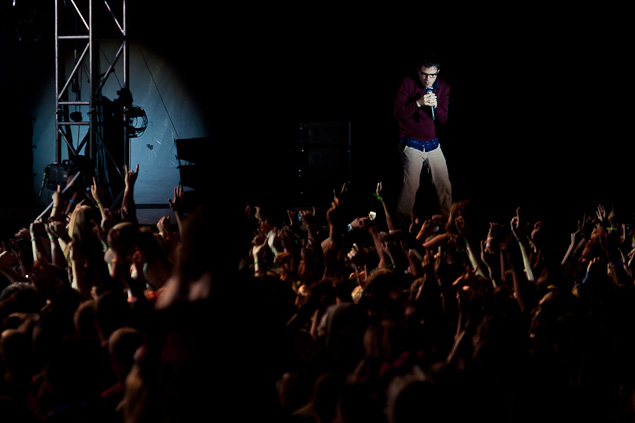