Every Tuesday at Little Mountain gallery, you can see a night of hilarious, inventive improvisation by local performers for only $5. It practically feels like you’re stealing from them, but since they’re artists, we guess they’re used to that.

Conceived by Tim Carlson, one of the improvisers in the show, Little Mountain Improv is the perfect weekly comedy show to really make you feel good about the rest of your week ahead. Carlson gathered a group of talented and seasoned improvisers who want an excuse to perform more often, and what resulted really is an amazing evening of fresh improv that will leave you reeling. 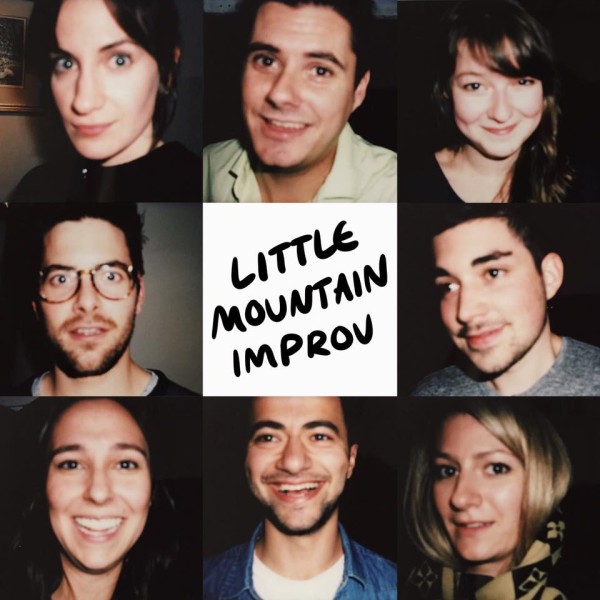 To start their set, Little Mountain Improv hosts new guests every week. The night that I attended the weekly show, the group Those Guys was the opener. Made up of two local improvisers fresh from performing at Vancouver International Improv Festival, this duo performed a chuckle-worthy 20 minute set that was more self-aware than it really needed to be. At moments I found myself laughing and at other times I found myself asking, “Is this really improv or is just two guys chilling onstage and talking?”

Then, Little Mountain Improv took the stage of the Little Mountain Gallery with force. Each of the performers have a unique skill set that balances out the rest of the group. It was also great to see that there was as many female improvisers onstage as their were males, which is a tragic rarity in this city and in improv in general. The cast includes: Kelli Ogmundson, Christine Bortolin, Shane McLean, Shawn Norman, Rachel Smith, Nima Gholamipour, Ember Konopaki and Tim Carlson. 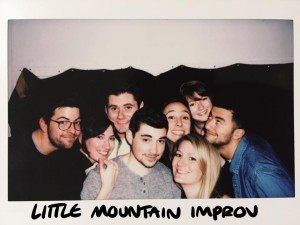 The first portion of the show was a “game set” where they played three different games, about half of them participating in each. Shawn Norman played ‘host’ and did so with zeal and quirky charm. They played a hilarious game called ‘The Understudy’ wherein all but two improvisers left the room. The remaining performers improvised a scene based on a suggestion from the audience. Once the scene was done, one of the improvisers was kicked offstage and a player from out of the room took their spot with any knowledge of the scene that was performed. Obviously, hilarity ensued.

The games that followed were equally hilarious twists on ‘The Alphabet Game’ and ‘Upstairs, Downstairs,’ two famous improv games. After the intermission, the second half was in the style of a classic improv form, ‘the Harold’, and every month Little Mountain Improv choose a new long-form improv format to attempt for the second segment of their weekly show. 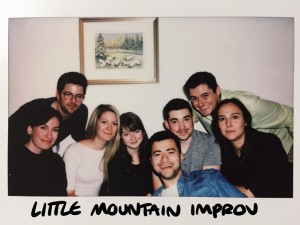 Little Mountain Improv is full of dynamic, dedicated and most importantly intelligent improvisers. There wasn’t a moment that went by that the performers onstage weren’t entirely committed to their scene work, no matter how absurd the content was. Not once was the energy ball dropped, a testament to how well these improvisers work together.

The combination of raw (but developed) talent combined with years of skill-work is shown by how easy these comedians make improv seem. As an audience member, you never have to worry about whether there’s going to be a moment of empty, awkward space when Little Mountain Improv takes the stage, which isn’t an easy feat to accomplish with a group as new as this.