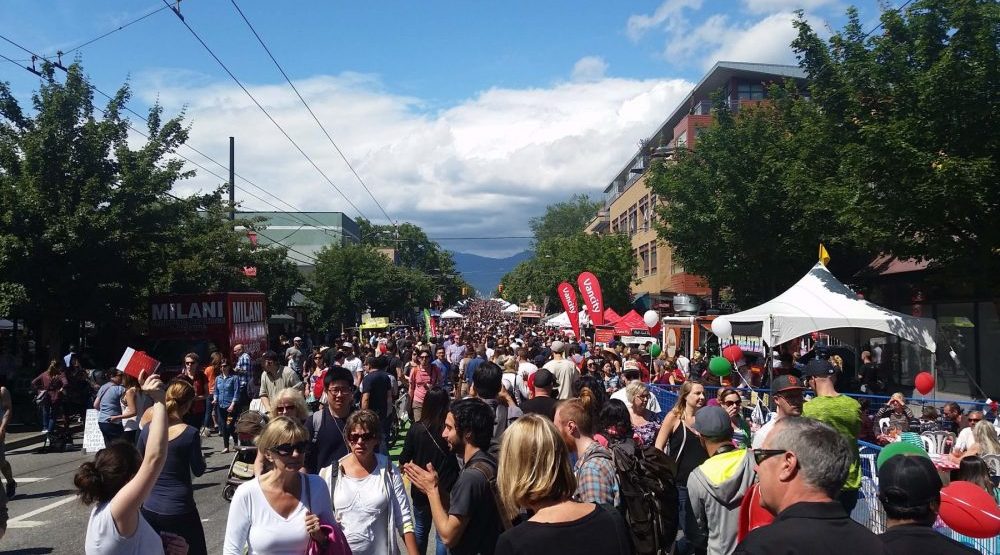 Thousands of people packed East Vancouver’s Commercial Drive for the annual Italian Day today, but some in the neighbourhood are hoping to keep a little bit of that spirit alive year round.

At today’s festivity, the celebrations were bolstered by the official designation of a stretch of the street as “Little Italy.”

Councillor Melissa De Genova, who shepherded the move through City Council says it’s something the community has fought hard for for years.

“And hopefully it won’t just be on day in June. Now the city will feel welcome to come to Little Italy 365 days a year and experience Italian hospitality.”

De Genova says in the eight block stretch, which straddles 1st Avenue, about 80% of the businesses are still Italian owned and operated.

She says many who were present for today’s official proclamation were visibly emotional.

“It’s always unofficially been Little Italy. So to see the banners, to know that there will be crosswalks that are painted green white and red. To know that this is a place that is going to be officially celebrated, many people were in tears.”

Banners are now flying on the the strip, which joins other cultural hubs like Chinatown and Little Saigon.

Organizers estimate the event, which combines food, music, and performance with Italian culture draws about 300,000 people to Commercial Drive.