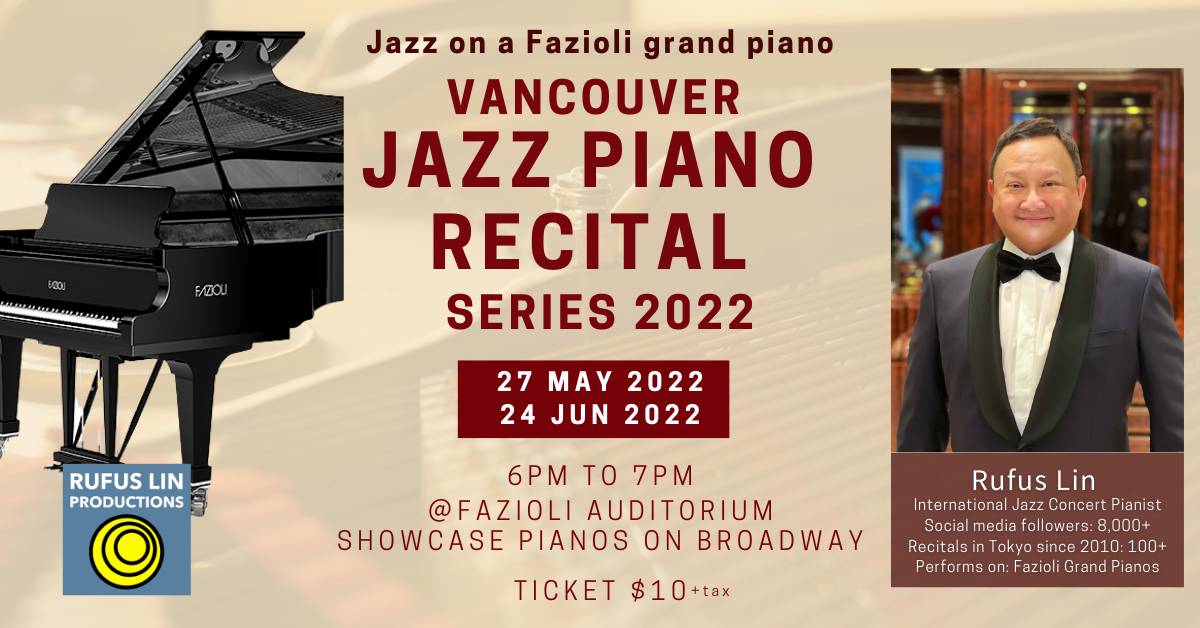 Canadian jazz pianist Rufus Lin is widely known in Tokyo, having given over 100 solo jazz recitals there over 11years. Most of his fans live in Japan and South Korea. He has been a resident of Richmond BC for over 20 years.

Rufus’ decade-long concert series in Tokyo ended when the Covid-19 pandemic began, so instead he has been live streaming his concerts on the Clubhouse, YouTube, Facebook and Instagram Live streaming platforms. He has a social media following of over 8,000 people worldwide.

For 2022, Rufus will be giving a solo jazz piano recital every month at two locations: the Lulu Island Winery and the Fazioli auditorium at Showcase Piano’s Broadway location in Vancouver.

At all his concerts, including this one, Rufus will perform on one of the world’s most exclusive pianos, a Fazioli grand piano. Fazioli was the instrument played by this year’s International Chopin Piano Competition winner Bruce Liu, of Canada.

Rufus Lin’s piano albums are available on all major streaming platforms, such as Apple Music, Spotify and Amazon Music.