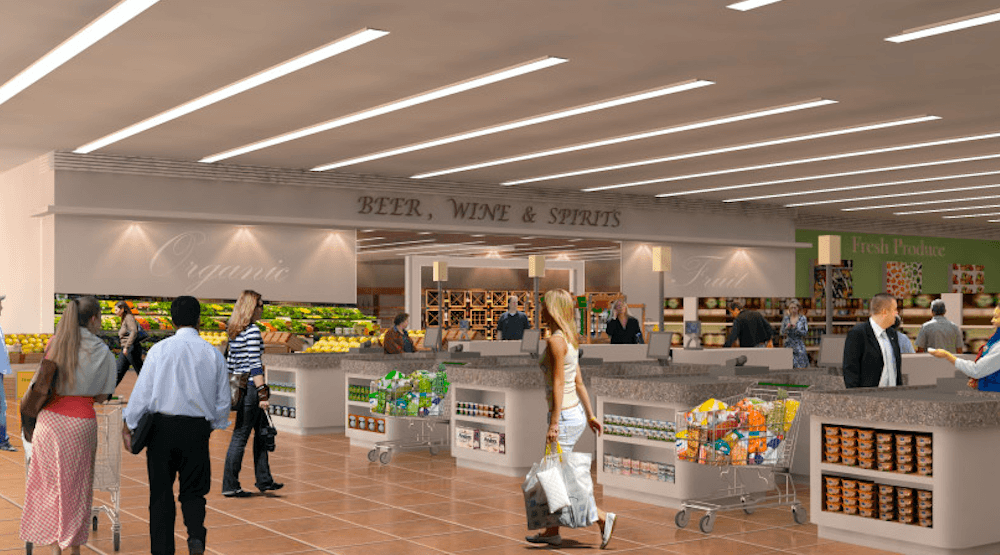 The store-within-a-store model that has been adapted by the city of Vancouver.

Vancouverites who are hoping to casually grab a bottle of bubbly or a case of beer while grocery shopping could soon see their wish fulfilled – kind of.

While the city did approve liquor sales in its grocery stores this week, it has done so under the ‘store-in-store’ model.

This means grocery stores that sell liquor will have to create a separated liquor area with a cashier specifically for that area. But following provincial regulations, these stores need to be at least 10,000 square feet in size a and must be at least one kilometre away from any other liquor retail store.

As it currently stands, only two areas in the city meet these requirements and will be able to provide this retail option, but applications “could be considered” for additional areas.

“The City’s new liquor rules give local business a boost and enhance our vibrant food, nightlife and arts and culture scene by allowing more flexibility in how and where business can sell alcohol,” said Mayor Gregor Robertson in a statement.

The move follows a decision by the province over the last few years to update its “antiquated” BC liquor laws.

In the release, Kaye Krishna, the city’s general manager of development, buildings, and licensing, said a “passionate response” to the plan by the city’s residents “shows how important these policy changes are in Vancouver and the many impacts they can have.”

Save-on-Foods’ South Surrey store was the first grocery store in BC to make wine available on their shelves in April 2015, following the ‘open-shelf’ model.

There are now a few other stores in the Metro Vancouver area that allow open-shelf sales, however in December 2015, the City of Vancouver voted against the model.