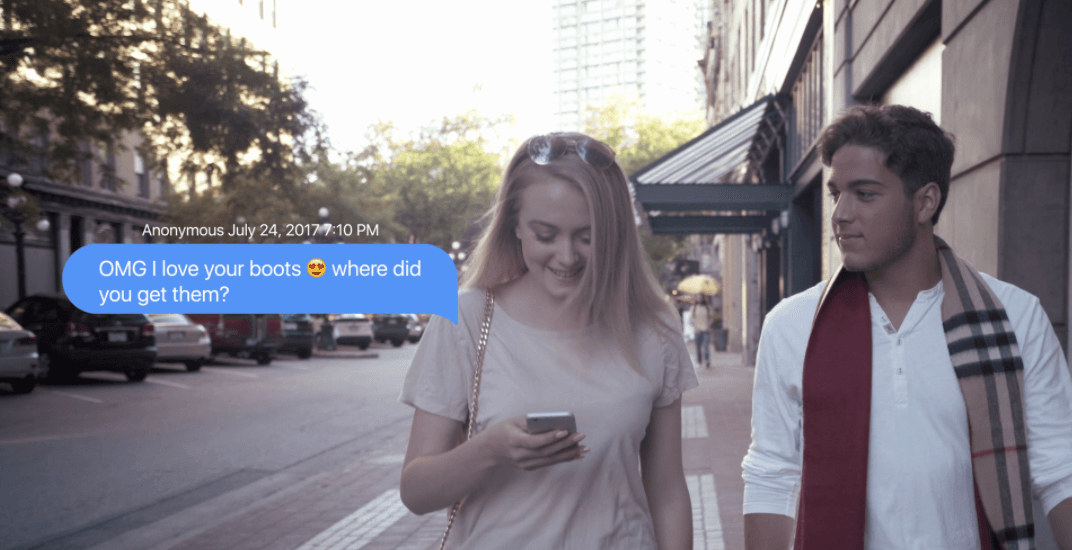 Have you ever wanted to send a compliment to an acquaintance or co-worker, but just didn’t want to make it awkward?

Now, there’s an app to make that a lot easier.

Lipsi is a location-based anonymous messaging app that aims to connect young people from all walks of life.

The company was founded by Matthew Segal of Vancouver who first came up with the idea for the app during his sophomore year at Yale. Segal has teamed up with Alborz Massah, who now leads Lipsi’s user acquisition and marketing department.

The app is all about connecting. Whether it be with that someone you have a serious crush on or just a friend you’ve wanted to share a secret with, Lipsi facilitates a range of interactions.

“Lipsi attracts all sorts of personas. Whether you’re reserved and hesitate to interact with someone you like, or the outgoing type who wants to communicate with a close friend under the veneer of anonymity, it doesn’t matter,” states the company in a release. “Lipsi wants you to engage with the colourful diversity of people around you regardless of who you are.”

The anonymous aspect of the app is meant to allow people to connect easier. However, Lipsi acknowledges that it is aware of the risks and does “not condone any abusive behaviour on (the) platform.”

“We prioritize the user experience more than anything. Our blocking feature puts users in control on the app, while our backend developers have the ability to suspend users from our platform after a user has exhibited continued abusive behaviour,” says Lipsi.

If you want to give it a try, Lipsi is now available to download on the Apple App Store and Google Play.