One of the biggest infrastructure investments British Columbia is set to receive from the federal government over the coming years is $212 million towards building a new $700 million sewage treatment plant to serve Metro Vancouver’s North Shore.

A provincial commitment is needed this year in order for construction to begin in 2017 for a completion in 2020, as scheduled.

The federal investment is part of the $5 billion set aside in the federal budget’s allocation for green infrastructure. In total, the Liberal government plans to invest $11.9 billion into infrastructure projects across the country over five years, including $3.38 billion for public transit and $2.3 billion for social housing.

The new sewage treatment plant will occupy a large vacant industrial site near the North Vancouver waterfront, framed by West 1st Street to the north, Pemberton Avenue to the east, Phillip Avenue to the west, and railways to the south. It is just north of Seaspan’s shipyards, west of North Shore Auto Mall, and two kilometres east of the existing sewage treatment facility on the north end of the Lions Gate Bridge.

Even though the facility is located in an industrial area, planners say they have set high standards for the plant’s design, given that modern treatment plants are built in a way that integrate into the community. Furthermore, such facilities do not have to carry the industrial look of traditional treatment plants.

The treatment facility will be enclosed inside a building with a translucent and glazed facade, green roof, and extensive planting along the 1st Street frontage.

“These treatment plant functions portray a clean, architectural form balanced against the industrial scale of neighbouring industries,” reads a description of the plant’s architecture. “Translucent and glazed walls at the west end also allow selected views from the street into the plant, making the invisible visible.”

As well, indoor and outdoor public spaces are integrated into the design. Landscaping with greenery will front the plant’s facade along 1st Street while a park-like public space on the eastern end of the site fronting Pemberton Avenue will feature an extensive water feature.

The building’s Operations and Maintenance section, which is immediately adjacent to the park-like space, will include public gathering space, education space, and a visible district energy centre on the ground level.

“The character of the pubic spaces is not intended to hide the industrial character of the site but to humanize it. Public open space is composed of two distinct zones stretching along 1st Street and a larger space at the east end terminating at Pemberton Avenue.”

Some of the region’s older sewage treatment plants can emit an odour during the warmer periods of the year, but the new Lions Gate facility will be built with odour recovery and treatment technology. Any air released outside will go through scrubbing systems before being discharged.

Last week, the Tsawwassen First Nation completed their own $26 million treatment facility to serve residential, commercial, and industrial developments on its 1,100 acre lands. 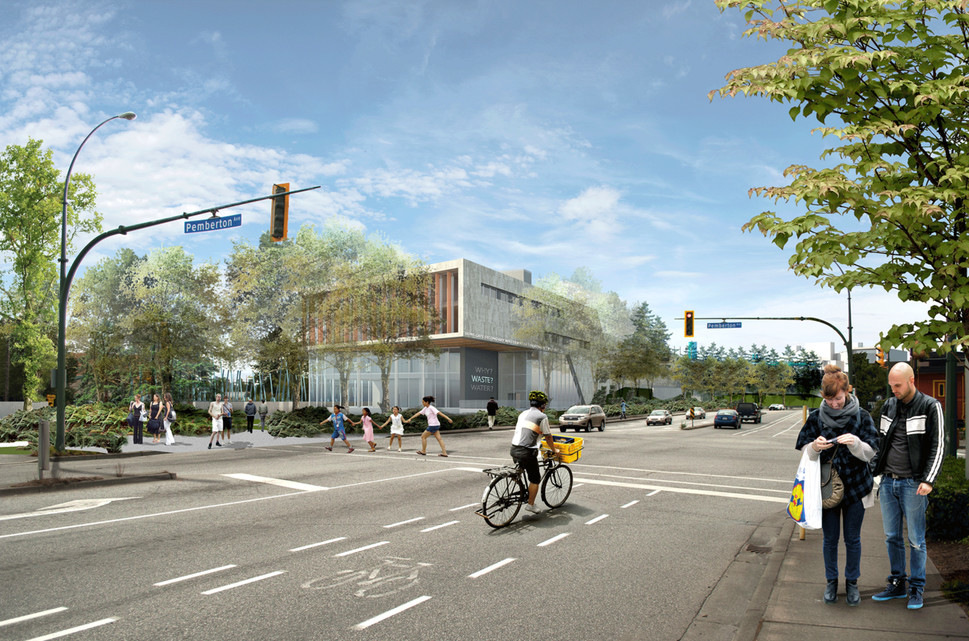 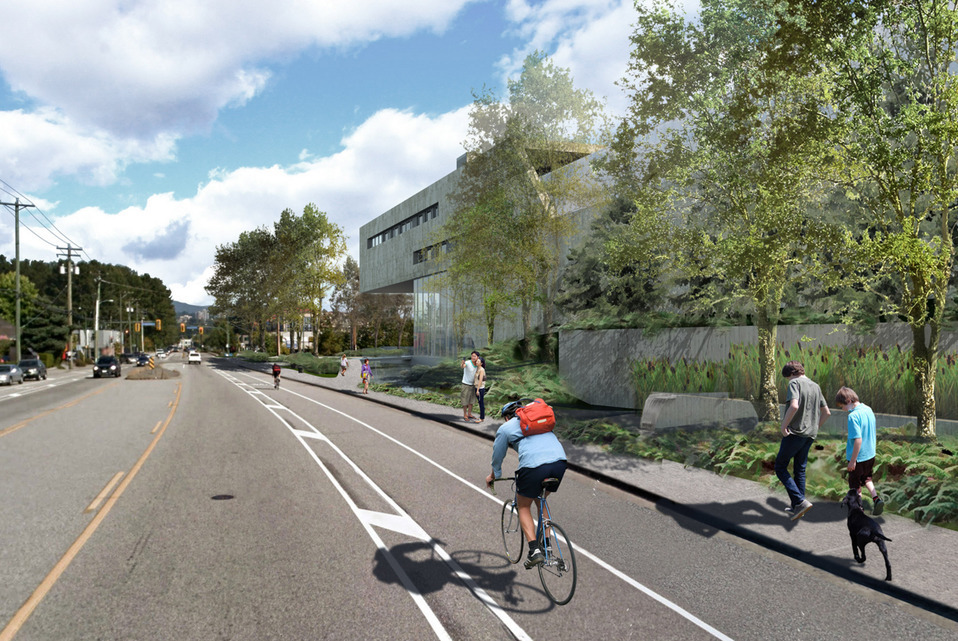 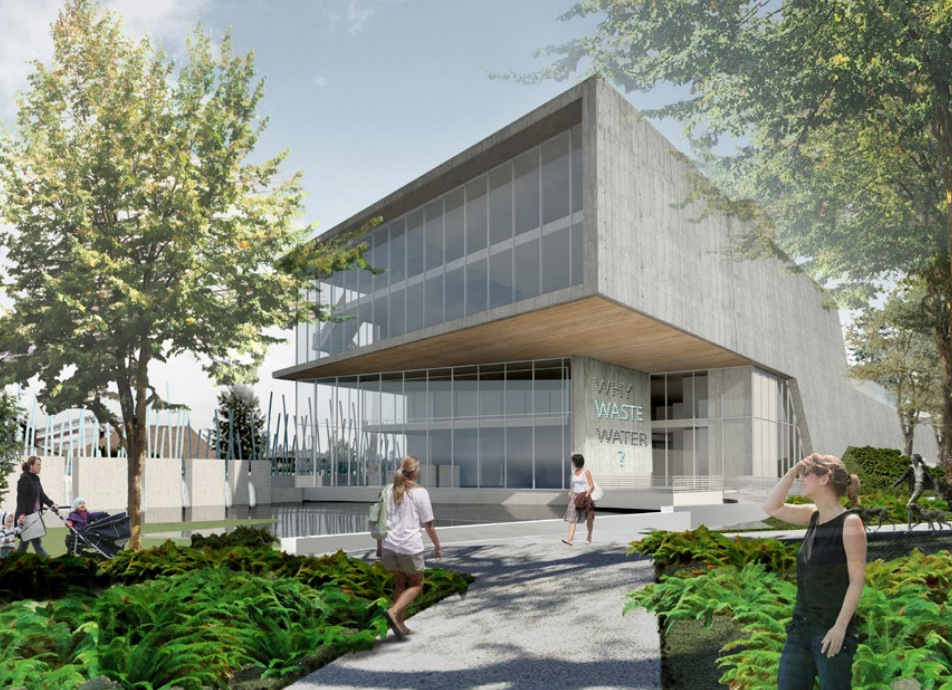 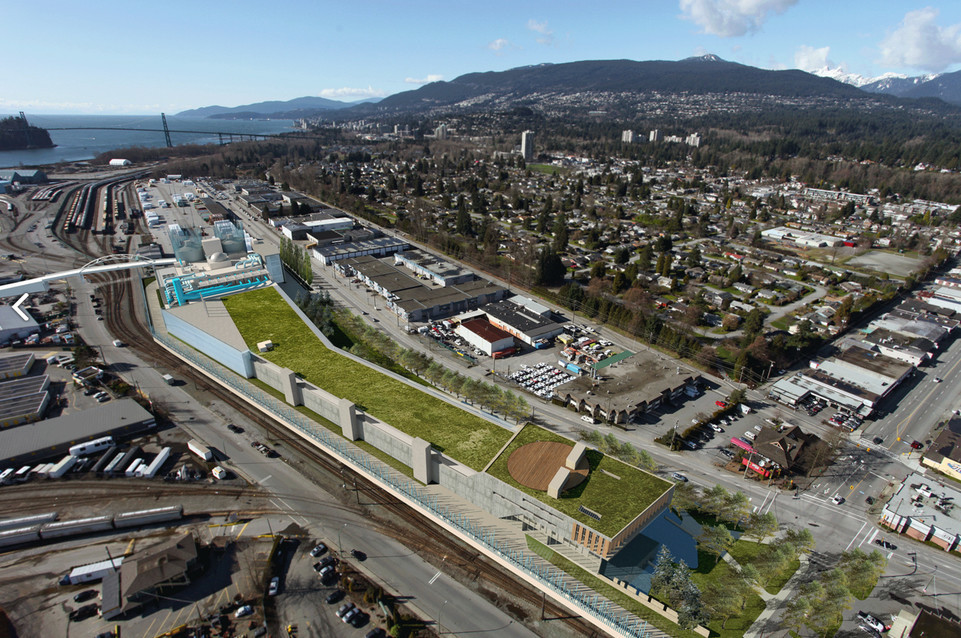 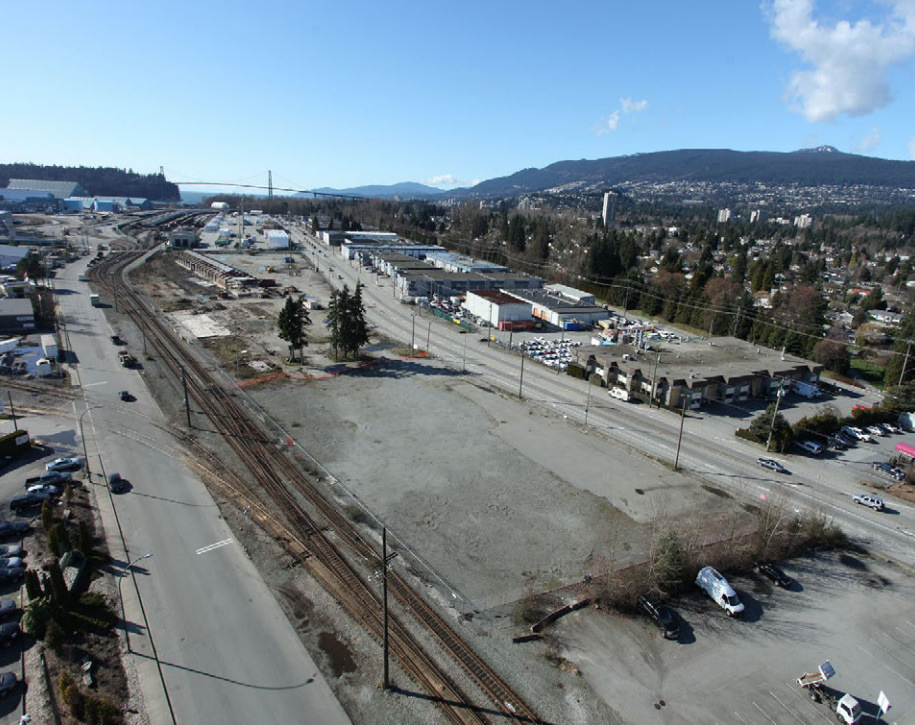 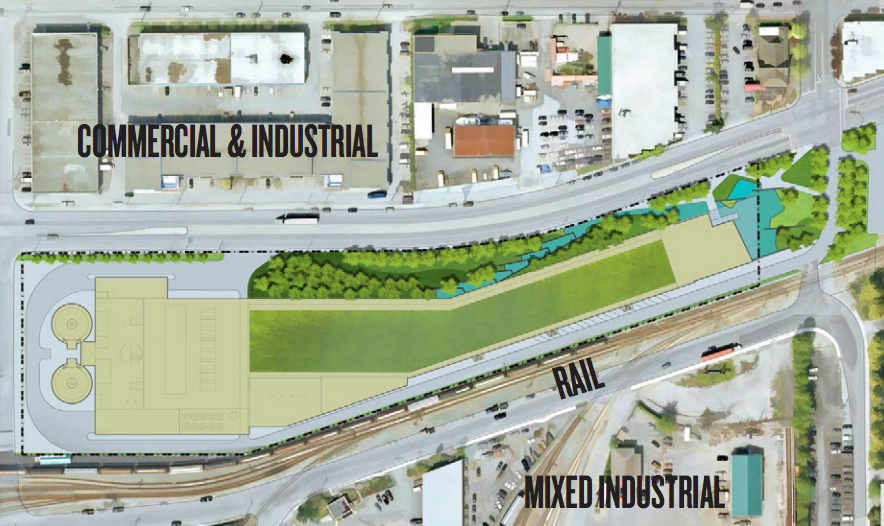 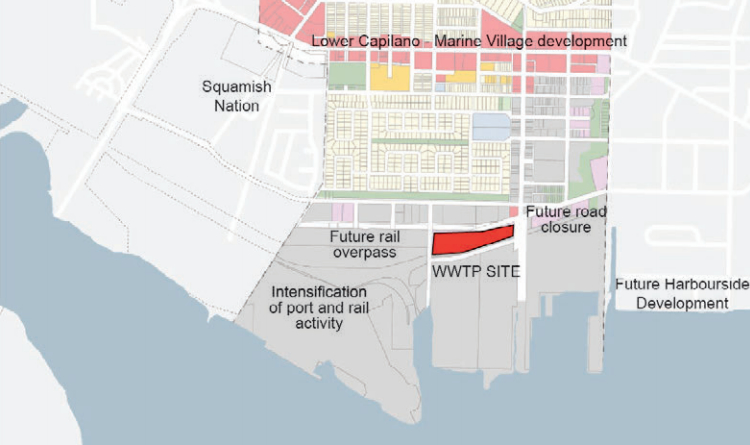