Lining up for just one night for a new Apple product or a clothing release is one thing, then there are a few die-hard hard liquor enthusiasts who’ve been lined up for several days now in anticipation of Saturday’s annual Premium Spirit Release at BC Liquor Stores.

This yearly happening is considered the ultimate must-do for lovers of top shelf spirits, and the 2015 release “features a large collection of whiskies from around the world as well as an exquisite cognac from Camus,” according to BC Liquor Stores. 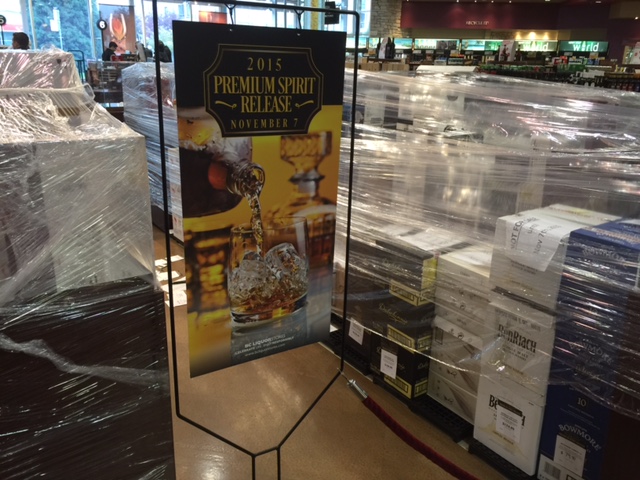 There are some rare spirits on the list, including “one bottle of the most coveted and exclusive single malt Scotch whiskies ever created in the Glenfiddich distillery,” per William Grant & Sons, distillers of Glenfiddich.

A bottle like that–one of just 450 in the world–doesn’t come cheap. “The limited edition bottle is among the most rare and precious ever made, with its value unmistakably reflected by its price, listed at CDN $36,000,” adds William Grant & Sons.

Yep. A $36,000 bottle of scotch will be on sale in Vancouver come Saturday, November 7.

Additionally, says BC Liquor Stores, the roster for the 2015 release includes the Glenglassaugh 51 year old – 1963 vintage, and Port Ellen 35 year old, as well as “extremely limited and sought-after bourbons from Kentucky, as well as whiskies from Ireland, Wales and Canada.”

Rest assured, it’s not only booze with massive price tags that are part of the 2015 release. Spirits lovers will also find stuff in the $50 to $100 range as well, so you may want to do some shopping if you need a holiday gift to score points with a boss, spouse, or relative.

Shoppers will find the biggest selection available at the Cambie and 39th store, and BC Liquor Stores are cautioning that since the some bottle restrictions will apply, and are urging prospective buyers to get there early to avoid disappointment. After all, who likes to miss out on the chance to buy rare scotch?

We’ve heard from a few people in line at the BC Liquor Store on Cambie and 39th. Among them are the Rosewood Hotel Georgia’s Owners, Tony Hii and Bruce Langereis, who are hoping to land some fine whiskies to add to the menu at the hotel’s Prohibition bar. (If you’re just looking for a taste, Prohibition may be a great place to hit up come Saturday night!) 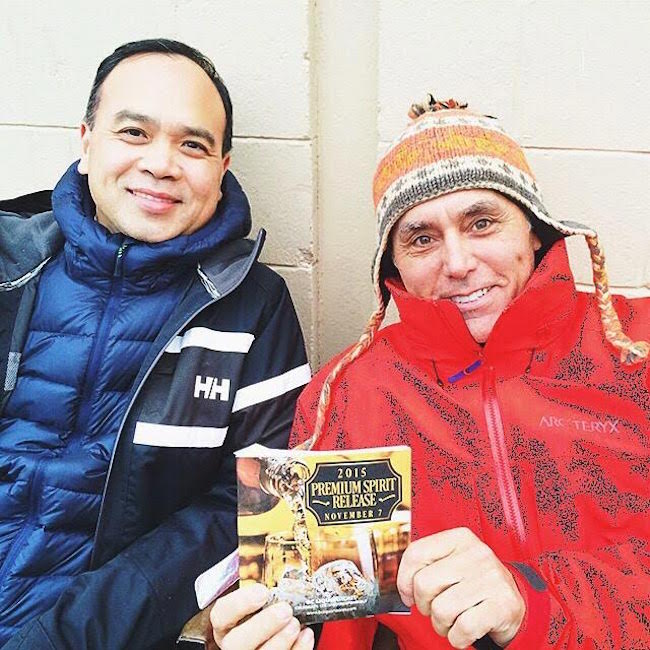 Not everyone is enduring the cold and rain for business; Johnson Chan has been in line since Wednesday (he’s number 29) in order to get a special bottle as a gift for his son’s upcoming 30th birthday. On his son’s wish list: Pappy Van Winkle’s 15, 20 and 23 year Old Family Reserve–though it’s looking like 15 is the best he’ll be able to land.

Chan’s wife, Virginia, told Vancity Buzz via telephone that the BC Liquor Store team has been taking great care of the people waiting in line, and that they’re going to set up tents Friday morning because of the coming rainstorm. Spirits are high (though no spirits are flowing in the line) and a great camaraderie born of mutual interest in rare whiskies has been struck up. According to Chan, the first person in line came from Tacoma, Washington, and arrived on Monday.

The 2015 Premium Spirit Release takes place Saturday, November 7, starting at 9:30 to at 30 BC Liquor Stores throughout the province. Complimentary product tastings will accompany the Spirit Release at the following BC Liquor Store locations in Metro Vancouver from 9:30 a.m. to 11:30 a.m.: 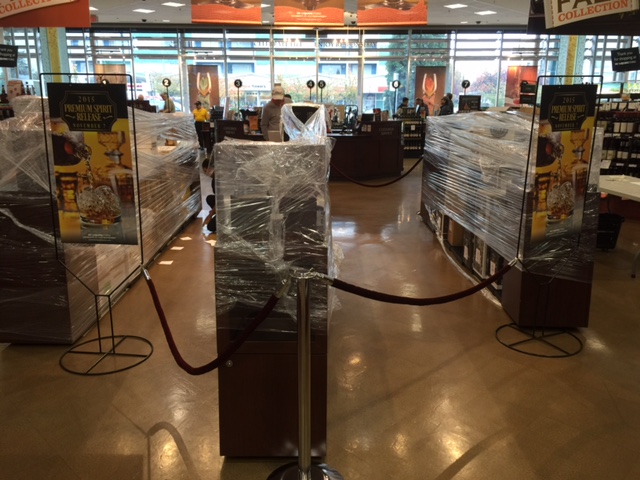