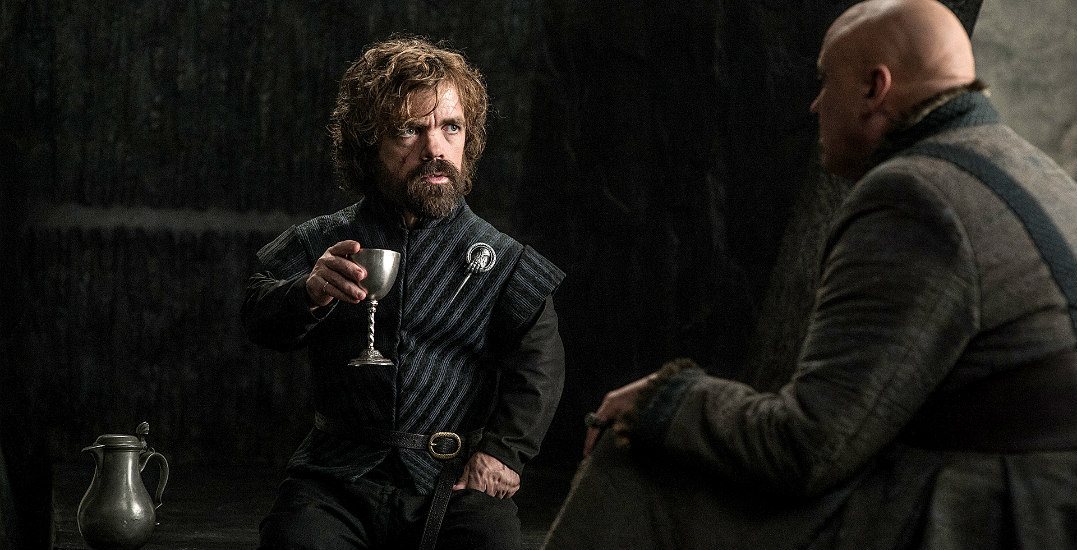 It’s 2019, and winter is coming. In fact, it’s already here, which means that the long-awaited final season of Game of Thrones will be on our screens in just four short months, at which point we’ll all throw our phones into the ocean to avoid spoilers.

In celebration of eighth and final season of the critically-acclaimed television series (255 Emmy wins to date), Game of Thrones, DIAGEO, and HBO are releasing a limited edition collection of single malt whiskies inspired by the show.

Whether you are a diehard fan and want to collect all eight bottles, or you want to toast your favourite house (#TeamLannister) at your viewing party, the entire collection is available starting January 19 at select BC Liquor Stores.

Pro tip: These may not make for great wedding gifts. 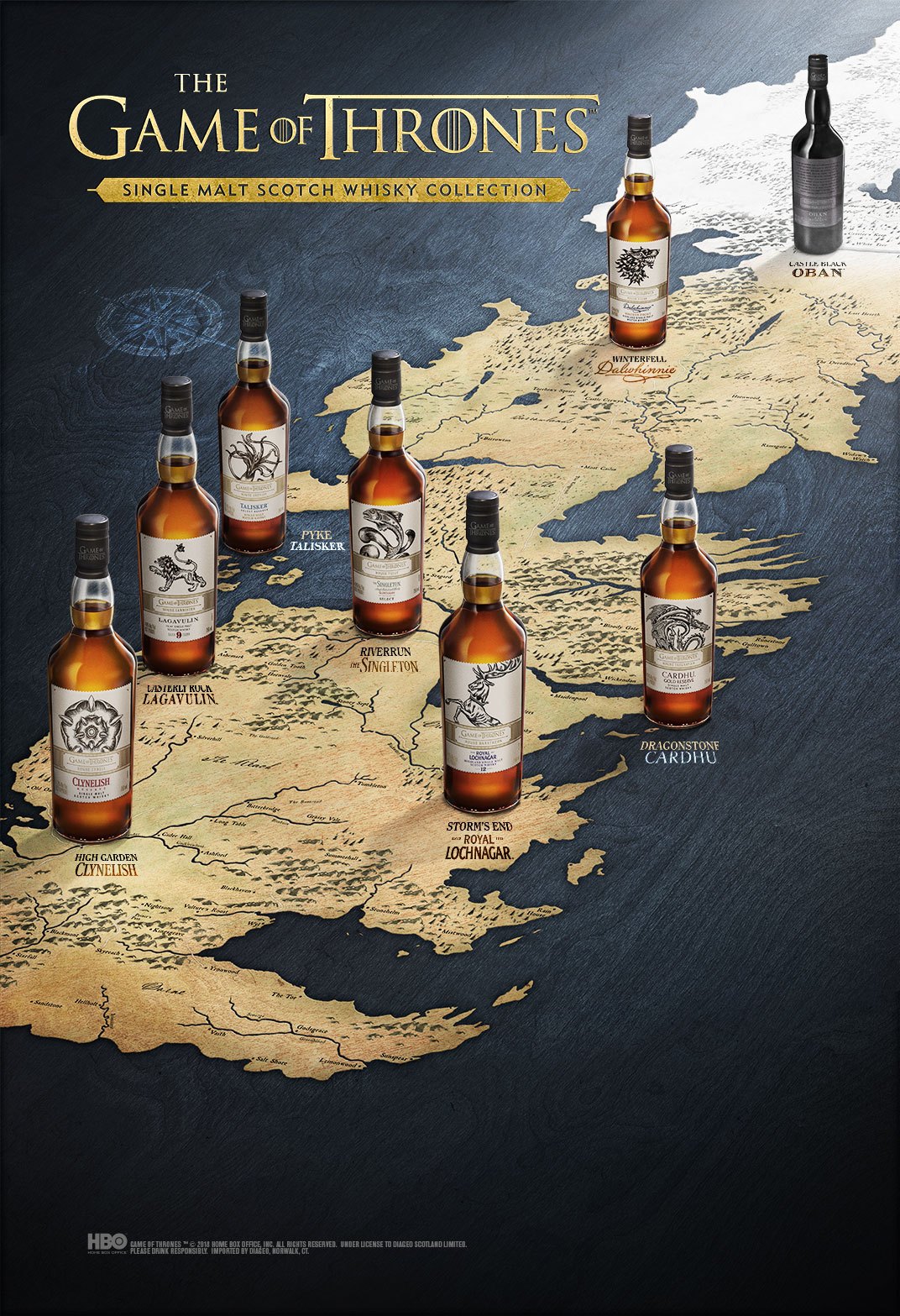 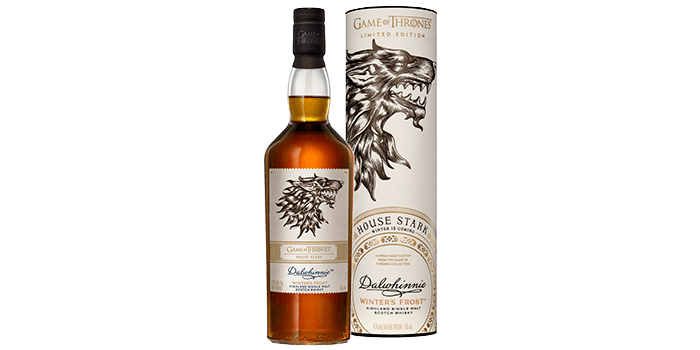 Nothing represents House Stark more than strength, resiliency, and the ability to thrive under the most intense situations. Best served chilled or over ice, the Dalwhinnie is known for its remote distillery in freezing temperatures in Scotland — responsible for shaping the signature spicy warmth of the Winters Gold. Perfect for snuggling up next to your favourite direwolf. 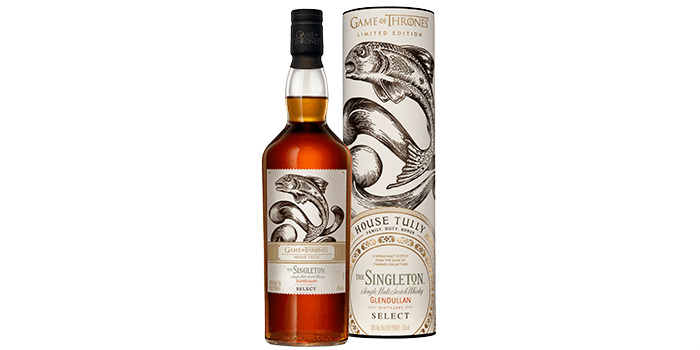 The power of water flows through House Tully of Riverrun as it does in the Singleton Glendullan Classic, made on the banks of the River Fiddich in Dufftown. Water flowing through a water wheel is used to power the entire distillery, evoking the feeling of the Riverlands in Westeros. 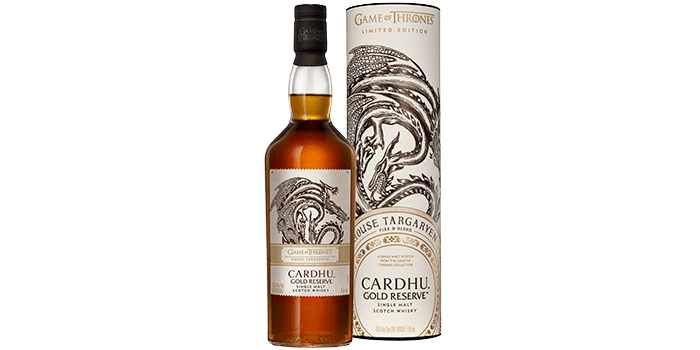 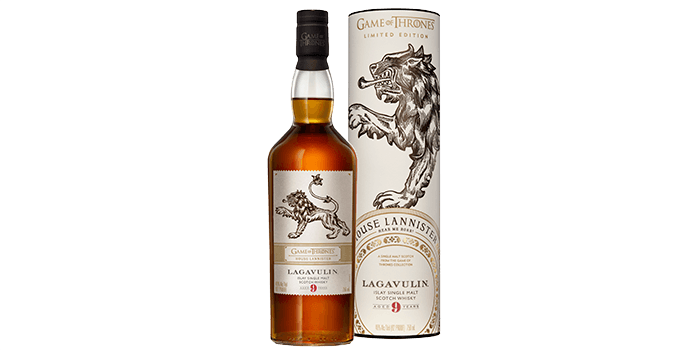 One of the most legendary single malt brands crafted on the shores of Islay for more than 200 years, the Lagavulin mirrors the meticulous calculation employed by the Lannisters in their conquest for the Iron Throne. The whisky recalls the Lannister’s wealth and riches, and is best served neat or with a single drop of water. A Lannister pays their debts, and your friends will owe you one after you bring this bottle around. 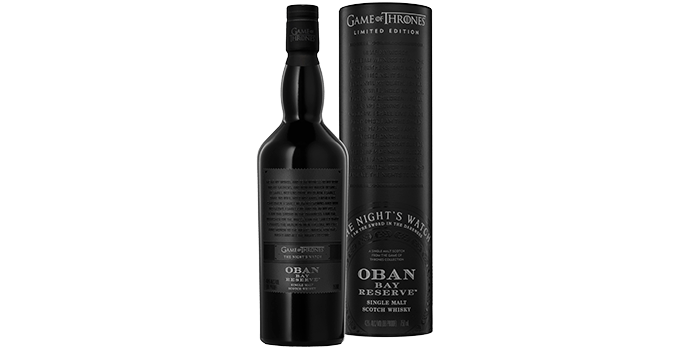 Available exclusively at BC Liquor Stores (and worthy of a King or Queen in The North), the Oban Bay Reserve is a rich, woody, single malt whisky that can be enjoyed on the coldest of nights — perfect for the icy landscape of The Wall. 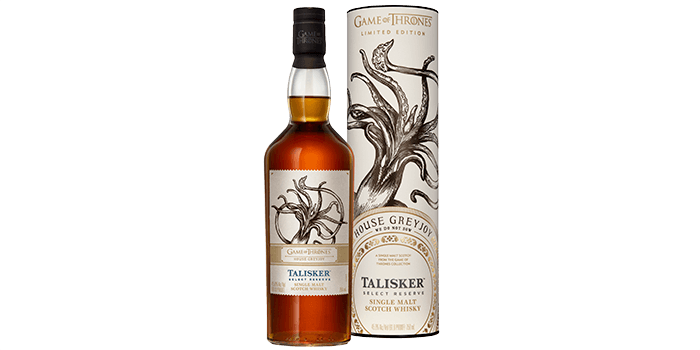 Available exclusively at BC Liquor Stores, the layered flavours of Talisker Select Reserve are the result of its wave-battered shores, similar to the Iron Islands of Westeros. The intense, smoky, elements of this single malt scotch are the perfect pairing with House Greyjoy. Best of all: You won’t have to pay the iron price to buy a bottle. 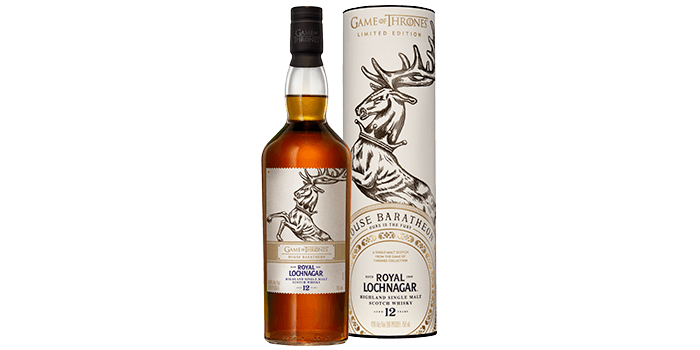 Available exclusively at BC Liquor Stores, the Royal Lochnagar was deemed a whisky worthy of a royal family after Queen Victoria and Prince Albert visited the distillery in 1848. Toast to House Baratheon with a taste of royalty, best enjoyed neat. Possibly with a side of wild boar. 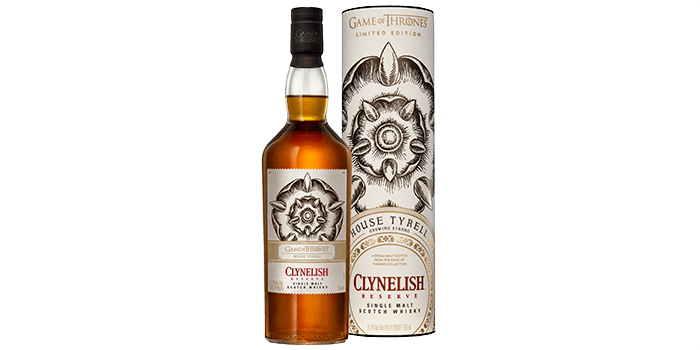 Available exclusively at BC Liquor Stores starting January 19, the vibrant, golden Scotch is light and floral — and like House Tyrell of Highgarden, it should not be underestimated with its underlying complex combination of the land and the sea. And like Margaery, it doesn’t pair well with flaming shots.

The entire collection of single malt whiskies are now available at select BC Liquor Stores, with free tastings available at the Langley location between 2 and 5 pm on January 19.