You’d think that taking five years out; getting married and popping out a few sprogs, would mellow out the once unashamed bad girl of pop. But the Londoner is back to show that her upcoming thirties will continue to be as head-on as her twenties. Admitting she was “very hung over”, Allen played to a roaring crowd at downtown Vancouver’s Commodore Ballroom on Sunday night. 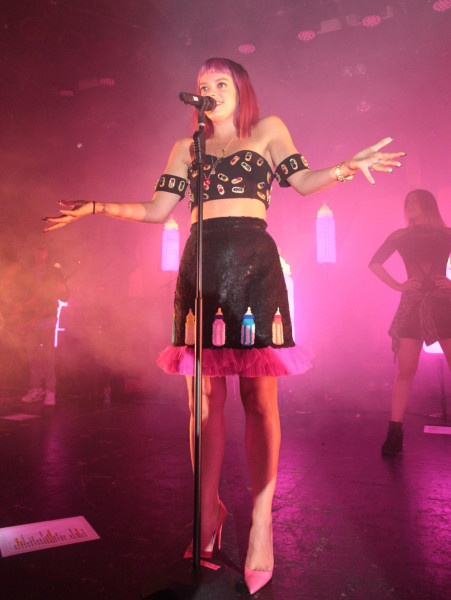 It’s her first North American series since 2009’s It’s Not Me, It’s You world tour, this time to coincide with latest smash Sheezus on Warner Bros Records. A Vancouver date was sadly absent on the previous tour, meaning greater anticipation from her B.C. fans. 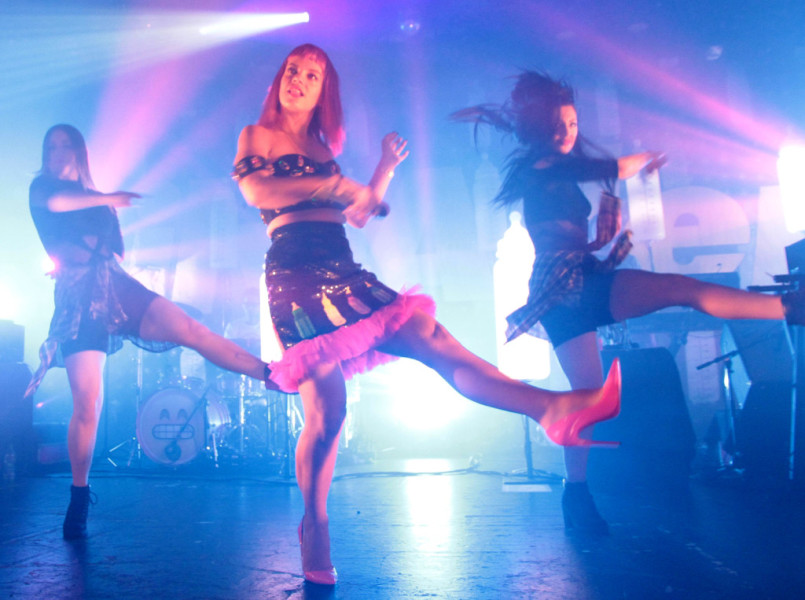 Opening with the album title track, armed with a throng of cowgirl inspired dancers, Allen bounced through fan favourites Not Fair and LDN, surrounded by giant baby feeding bottles. The singer’s in between song banter about her recent motherhood was not all ga-ga however, “this is all about having babies, then trying to have sex” she proudly states as she introduced Close Your Eyes.

The ultra-feminist anthem Hard Out There, delighted the energy-high audience with constant chants of “it’s hard out here for a bitch!”. While the ever so slightly angry F**k You, had fans in a middle-finger gesturing political tirade. 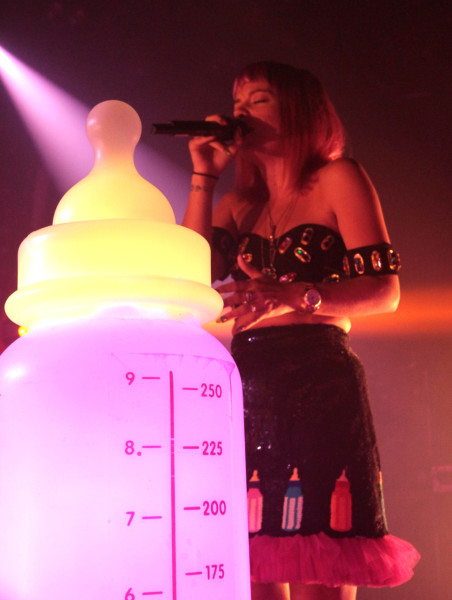 The show wasn’t all spitting gums. Numbers such as the singles Our Time and Littlest Things provided some slow down time and a bit of a sway. 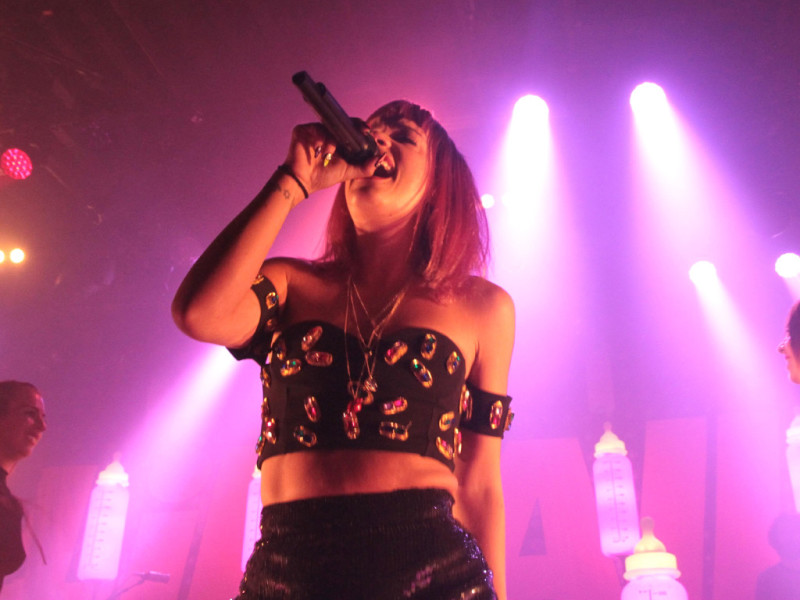 Allen updates and refreshes old classics, with a funky D&B breakdown in the middle of her debut Smile, and a dance remix of Everyone’s At It, where she strips off her skirt to reveal a pair of pink hot pants. The hot pants had the star worried about the amount of ‘camel toe’ she was showing, but as crude as that might sound, her party going fans seemed to love it.